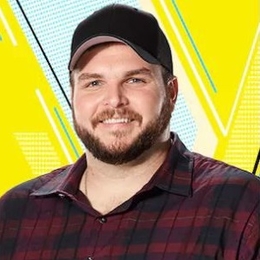 Once you choose hope, anything’s possible. Just like that, the contestant of the 17th season of an American singing competition television series The Voice, Jake Hoot never lose hope even though he was chosen only by  Kelly Clarkson on the blind audition. Well, with his hardwork and dedication, Hoot won the title although his starting wasn't good enough.

The winner of the 17th Season of The Voice, Jake Hoot, is currently leading a healthy love life along with his successful career. Hoot is in a relationship with his girlfriend named Bekah. He is open about his personal life and does not hide any details. 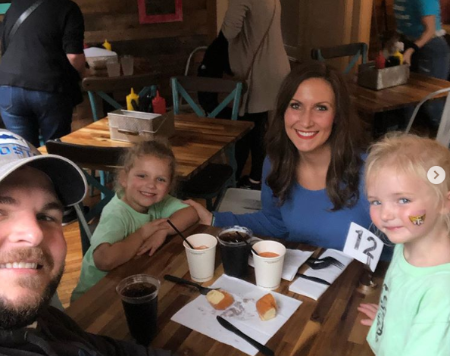 Jake Hoot with his wife and children SOURCE: Instagram (@jake.hoot.music)

Bekah can be often seen on the pictures shared by her boyfriend on his social account. By seeing the photos, we can say how much the couple loves one another. Once Hoot told that, during the competition, along with his family and daughter, his girlfriend also always supported him.

The lovebirds are happily enjoying each other's company without being part of unwanted rumors and controversies. Although the duo is dating, they haven't revealed the plans of getting engaged or married.

Jake Hoot is a proud father of two adorable children, daughters. From his relationship with his ex-wife, he shares a daughter named Macy, who is four years old. Hoot often talks about his daughter on interviews and shows. 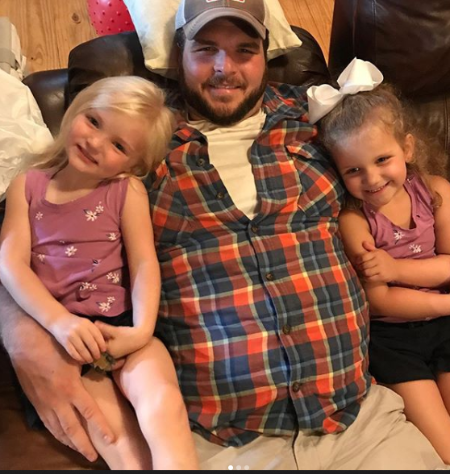 Furthermore, he even dedicated a song to his daughter during the show. He said;

"I'm dedicating this performance to my daughter Macy. A couple years ago myself and Macy's mom went through a divorce. There were times it was hard. When I was not in the best of moods, she can hold my hand and tell me she loves me...I'm just so proud of her." 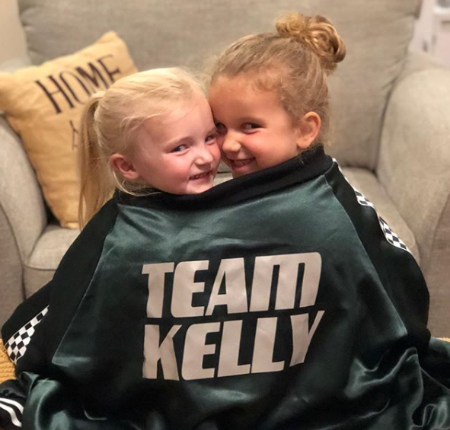 Hoot shares a good bond with his offsprings as he is often seen spending time with them whenever he is free. He likewise frequently shares adorable pictures with kids on his social accounts.

He Is A Divorcee

Jake Hoot has gone through an unforgettable heartbreak. He was previously a married man. 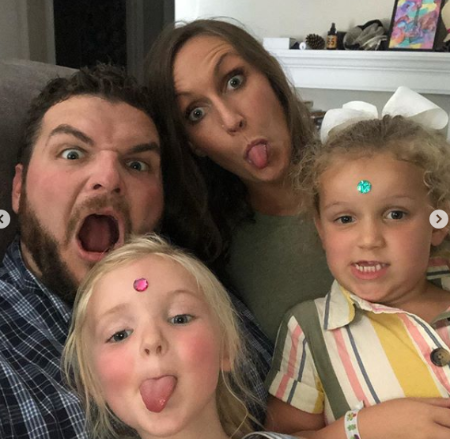 Hoot further shares a child, daughter Macy with his ex-wife, Jessica Lynn Steele. Nevertheless, even being the parents of a child, the couple failed to continue their relationship and later parted their ways. Well, just like the details of his wife and nuptials, Jake is yet to reveal when and why he divorced his spouse.

Besides, Jake also wrote a song about his divorce. On the season finale, he presented an original song titled Better Off Without You" which described his past. Clarkson even asked him about the meaning behind the song, and he said that it was about the experience of losing a marriage.

On the blind audition of the season 17 of The Voice, Jake Hoot sang a song titled “When It Rains It Pours” by Luke Combs. Among the four judges, only Kelly Clarkson turned for him and got selected. It was an overwhelming moment for him.

The other judges of the show are John Legend, Gwen Stefani, and Blake Shelton. On the other episodes, Hoot sang songs such as “Always On My Mind,” “Cover Me Up,” etc. Well, his hardwork paid off, and he finally got crowned the winner of The Voice on 17th December 2019.

Being the winner of NBC singing competition television series, Jake received prize money of $100,000. Similarly, he also got a record deal with Universal Music Group. Hoot is just in the starting phase of his career; thus, the actual figure of his net worth is currently under review.

Jake Hoot was previously married and shared a daughter but his relationship did not last long and later divorced.

Macy is the daughter of the winner of the 17th season of an American singing competition, The Voice, Jake Hoot, and his ex-wife.

Hadley is the daughter of the winner of the 17th season of an American singing competition, The Voice, Jake Hoot.