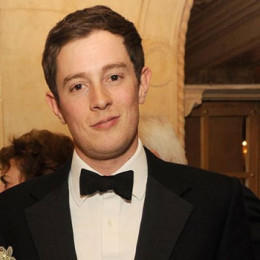 James Amschel Victor Rothschild, known as James Rothschild, is a British executive and heir to the Rothschild Family Banking Dynasty, born on January 1, 1984, in England. His father is Amschel Rothschild, who was the executive chairman of Rothschild Asset Management of the Rothschild banking family and mother, Anita Patience Guinness. He was raised along with his two elder sisters, Kate Emma Rothschild and Alice-Miranda Rothschild Goldsmith.

James ancestor, Mayer Amschel Rothschild, was the person who started banking business in the 18th century and founder of the Rothschild banking dynasty, which made the Rothschild family most powerful and richest in the world. The family is also usually associated with international politics.

James Rothschild is a married man. He married Nicky Hilton, who is an American fashion designer, socialite, and model. The couple began dating in 2011 after they met at James Stunt and Petra Ecclestone's wedding.

On August 12, 2014, on vacation at Lake Como in Italy, the couple got engaged at a cocktail party celebration, hosted at Spencer House, owned by  Charles Spencer, 9th Earl Spencer and brother of Diana, Princess of Wales. The current tenant is Jacob Rothschild, 4th Baron Rothschild.

They became husband and wife on July 10, 2016, at The Orangery in Kensington Palace Gardens in London, England, where Hilton wore a $77,000 Valentino Haute Couture gown and her sister Paris Hilton attended as maid of honor.

There are no rumors regarding their extramarital affairs yet. They are living a happy life together.

It is assumed that the Rothschild family has accumulated a fortune of over $400 billion and some others sites estimate it to be around $1 trillion. So considering that James anticipated worth is around $1billion.

For his wedding with Hilton, Rothschild put his £24million farm in Suffolk on the market, which equals to $37 million USD.

James Rothschild married Nicky Hilton. They first met at a wedding party and started dating. They have a daughter together.