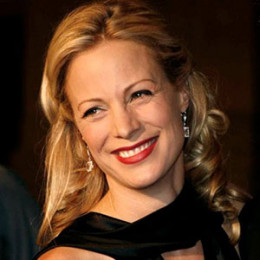 The former flight attendant Jacelyn Reeves is mostly known as the ex-girlfriend of Academy Award Winner Clint Eastwood. They first met in 1984 and dated till 1990 & during those times they gave birth to two children. Their son Scott Eastwood is a renown actor while their daughter Kathryn Eastwood is also in the acting business.

Jacelyn Reeves was born Jacelyn Ann Reeves under the birth sign Sagittarius on December 21, 1951, in Seattle, Washington, United States. She belongs to the mixed ethnicity of Welsh, Scottish, Dutch, Irish and German ethnicity. Talking about her education she is said to have graduated with a BA in Communication.

Jacelyn Reeves was a flight attendant by profession and worked in this field for many years. Being linked to the famous Hollywood actor, Clint Eastwood who was her ex-boyfriend, she gained media recognition and started getting noticed more and more.

Clint is a renowned actor, filmmaker, and political figure. There is nothing much to say about Jacelyn's career as she worked as a flight attendant all her life.

As a flight attendant, Jacelyn Reeves has managed to make a huge earning as she has been working all her life. According to some sources, her net worth is estimated to be $2 million. The average salary of a flight attendant according to the Bureau of Labor Statistics was $44.8k in 2015. Their salary can range from $25.9k to $72k according to experience level.

Her ex-boyfriend Clint Eastwood is estimated to have a whopping net worth of $375 million. Their son Scott Eastwood who is a well-known actor boasts a net worth of $10 million.

The former flight attendant Jacelyn Reeves was formerly married to a man known as Private Bell but there is news that they divorced later on. There isn't any information about his whereabouts in the media.

Currently, she is said to be single and manages to keep her personal life away from the media. Reeves was linked to Academy Award Winner Clint Eastwood in the 1980s and used to date him.

They first met at the Hog's Breath Inn in 1984 and soon started dating in private as he had a wife that time. After dating for some time they ended their relationship in 1990. 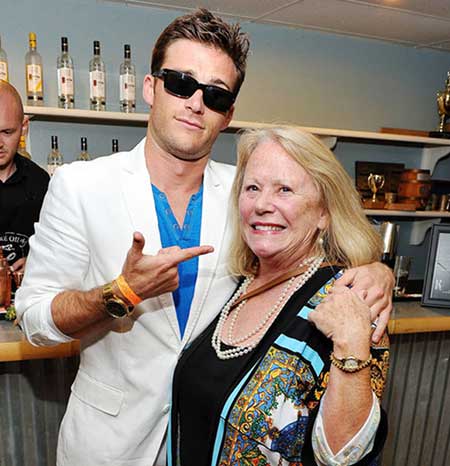 She is the mother of his two children Scott Eastwood and Kathryn Eastwood born on March 21, 1986, & February 2, 1988, respectively. Their son Scott is a well-known actor, model, producer, and director who appeared in movies like Invictus, Suicide Squad, The Longest Ride and so on.

Reeves' daughter Kathryn is also in the acting business and was cast in movies American Virus, Virus of the Dead and Jersey Boys.

Thanks for everything. Love you Mom

Reeves is hardly seen in public as she rarely makes public appearances. She is sometimes seen in award shows supporting her children and being there for them. Whereas, Clint, on the other hand, has been married twice in his lifetime, first to Maggie Johnson and second to Dina Eastwood respectively.

Jacelyn Reeves stands a height of 5'5 feet but her weight is not mentioned. She has a fair complexion with blue eyes and light brown hair.

You May Also See: Cara Delevingne

Here is a video giving the description of Clint Eastwood's women and kids.

Jacelyn Reeves was formerly married to a man known as Private Bell but there is news that they divorced later on.

The couple gave birth to their son Scott Eastwood on March 21, 1986. He is a renown actor, model, producer, and director who appeared in movies like Invictus, Suicide Squad, The Longest Ride and so on.

The couple gave birth to their daughter Kathryn Eastwood on February 2, 1988. She is also in the acting business and was cast in movies American Virus, Virus of the Dead and Jersey Boys.