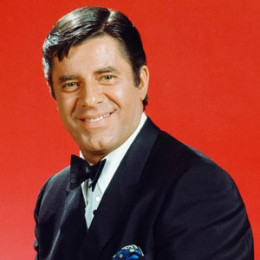 Jerry Lewis was a popular comedian, actor, singer, producer, director, screenwriter, and humanitarian. He is best known for his slapstick humor in film, television, stage, and radio. He contributed a lot to the industry throughout his lifetime. He died of end-stage cardiac disease.

Jerry was born on March 16, 1926. He was raised by his parents Daniel Levitch, master of ceremonies and vaudeville entertainer and Rachel Levitch, a piano player of a radio station in Newark, New Jersey. He is a drop out of Irvington High School.

Lewis developed an interest in performing at the age of five. He also performed alongside his parents in the Catskill Mountains, in New York. At 15, he learned to Record Act and mimed the lyrics to songs on a phonograph.

Jerry was a comedian, actor, singer, producer, director, screenwriter and humanitarian. He began his career performing in a vaudeville family. He then joined the gig at the burlesque house in Buffalo and also worked as a theater usher and soda jerk.

In 1945, Lewis collaborated with Dean Martin and garnered a huge success in show business. They together founded their own radio comedy show, The Martin and Lewis Show in 1949. Later on, they signed the studio contract with Paramount producer, Hal Wallis. The same year the duo made debut in the film My Friend Irma.

Likewise, they worked together in the films such as My Friend Irma Goes West in 1950, The Stooge in 1952, and Hollywood or Bust in 1956. They made their appearance in TV shows including The Ed Sullivan Show and The Colgate Comedy Hour. In 1956, the partners parted ways.

Afterward, Jerry went on to perform without Martin on the blockbuster like The Delicate Delinquent in 1957. The film got him critical acclamation.

He made his debut in direction with The Bellboy in 1960. He then directed and starred in an array of films such as The Ladies Man in 1961, The Nutty Professor in 1963 and Hardly Working in 1981. In 1982 he featured in Martin Scorsese film The King of Comedy. He also performed on Broadway production of Damn Yankees in 1995.

Apart from that, Lewis started teaching graduate film courses at the University of Southern California. He also did charity work helping the people who have muscular dystrophy. Also, he became the chairman of the Muscular Dystrophy Association and hosted the live Labor Day for 45 long years. He hosted the live Labor Day weekend broadcast of the Jerry Lewis MDA Telethon as well.

Jerry throughout his life won many awards such as Photoplay Awards, Golden Lion Honorary Award, Golden Kamera Honorary and so on. He has got two stars on the Hollywood Walk of Fame.

The divorce between Jerry and his ex-wife Patti was finalized in September 1980.

One of the legendary comedians died on August 20, 2017. Lewis lived at 91 years, and he never failed to express his insatiable appetite for life. He died of end-stage cardiac disease. Prior to that, Jerry suffered from severals illness such as pneumonia, meningitis, prostate cancer, pulmonary fibrosis, hypoglycemia, and urinary tract infection.

Lewis took his last breath at his home in Las Vegas. Fans and friends expressed their condolences via social media.

Jerry earned a lucrative amount from his career as a talented actor and comedian. He had accumulated a jaw-dropping net worth of $40 million.

Jerry Lewis married SanDee Pitnick on February 1983. His wife stayed with him until his last breath.

Gary Lewis is the oldest child of Jerry Lewis from his ex-wife Patti Palmer. He was born on July 31, 1946.

Ronald Steven Lewis is the second child Jerry Lewis from his ex-wife Patti Palmer. He was born on December 1949. He is the adopted child of the couple.

Scott Anthony Lewis was born on February 22, 1956. He is the third child of Jerry Lewis from his ex-wife Patti Palmer.

Christopher Lewis is the fourth son of Jerry Lewis from his ex-wife Patti Palmer. He was born on October 1957.

Anthony Lewis is the fifth child of Jerry Lewis from his ex-wife Patti Palmer. He was born on October 1959.