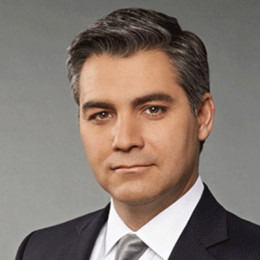 Jim Acosta born as Abilio James Acosta is the son of Cuban immigrant parents who came to the United States of America in the year 1962; two weeks before the Cuban missile crisis and 3 years before that Fidel Castro took over Cuba. Although his place of birth is not disclosed, he is the first Cuban-American journalist who had the privilege of visiting his parents' homeland and report from Cuba after the Obama administration lifted all restrictions against visiting Cuba. He is well known for his role in CNN's National Political Correspondent and is now CNN's senior White House correspondent.

Abilio James Acosta popularly known as Jim Acosta was born on April 17, 1971. He holds an American nationality though he is a Cuban American and belongs to the white ethnicity.

Acosta completed his graduation in 1989 from a public high school named Annandale which is located in Annandale, Virginia. Later he joined James Madison University from where he earned his bachelor's degree in Mass Communication with a minor in Political Science.

During his school days, he used to volunteer for WXJM, the student-run radio station. Jim also served as the reporter at WSVA, a local radio station.

Acosta began his professional career through the radio in WMAL which is situated in Washington, D.C. In 1994, he entered in television and worked for WTTG-TV as a desk assistant. 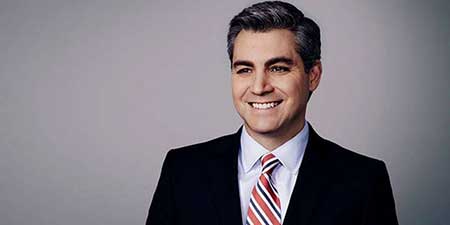 Prior to joining CNN, Jim served in various news channel such as;  WBIR-TV, KTVT-TV,  WBBM-TV. In 2001 he joined CBS News as a correspondent and worked until 2007.

In April 2007, Acosta joined CNN and just after one year, he gets an opportunity to cover presidential campaigns of Democratic candidates Barack Obama and Hillary Clinton.

In February 2012, Jim was promoted to National Political Correspondent position. In 2016, he was appreciated by Donald Trump as "a real beauty" for his reporting.

On June 2017, he was lashed out at the White House press secretary, Sean Spicer for holding an off-camera press conference that news outlets were not permitted to record.

CNN fame journalist, Jim has earned lots of name and fame from his career. Besides this, he became succeeds to collect an impressive net worth of $2.5 million. On average, CNN's news anchor earned about $300,000. He also earns a huge sum being a columnist and teaching journalism.

Jim Acosta is a married man. He exchanged a vow with his long-term girlfriend Sharon Mobley Stow in an intimate ceremony with the presence of their close ones. 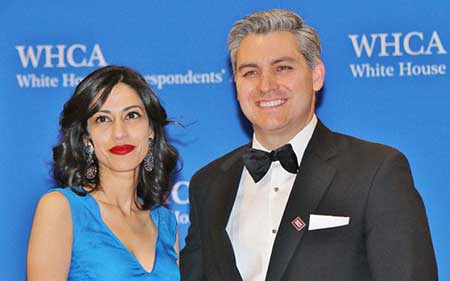 Unlike his professional life, he is quite secretive regarding his personal issue. Jim met his now wife during his college days as they went to the same university, James Madison University, Virginia for higher studies.

They have three children together; two girls and a boy. He has mentioned that he makes plenty of sacrifices to find the right balance between his work and family. Jim Acosta and his family live in Manhattan.

Check out the video of Jim Acosta on Racist Views,

Acosta and Stow quietly separated in early 2017. As per the court records, the couple proceeded divorce in Charles County District Court on 6th July 2017. Meanwhile, he is enjoying his single life at present.

CNN's White House Correspondent and News and Documentary Emmy Award winner for Outstanding Long Coverage of a Current News Story - Long Form and his wife Sharon Mobley Stow have a child together. The details regarding their child is not publicly disclosed.