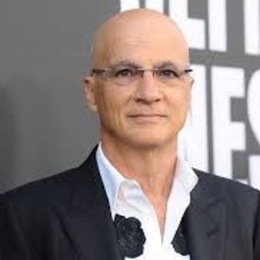 Jimmy Iovine is an American entrepreneur, record producer, and media proprietor who rose to fame as the co-founder of Interscope Records in the early 2000s. With over four decades of experience and hard work in the entertainment industry, Iovine is also popular as a billionaire and successful person. Let's discuss his personal life, lifestyle, earnings & more details below.

Record producer Jimmy Iovine is happily married to his beautiful fiancee turned wife Liberty Ross. The happy news of their engagement arrived just five months after a representative for Liberty confirmed she was engaged to her 62-year-old boyfriend.

The lovebirds who dated for three years took their romance to the next level on 14 February (Valentine's Day) 2016. The Jewish wedding ceremony was held at their home in Malibu, California. 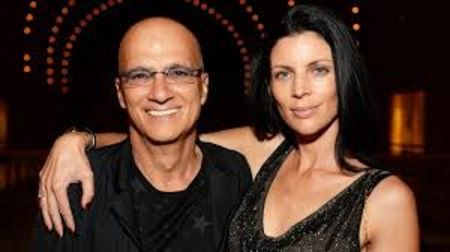 On behalf, the pair allegedly invited around 300 family and friends, including rapper Sean Combs to congratulate the bride and groom on the big day. Not to mention, Combs also regarded their wedding as the Blackest wedding ever he attended.

Alse Read: Who is Peyton Coffee?

Ross had been romantically linked to Iovine since February 2014. At present, Liberty Ross also plays a mother figure role to two of Jimmy's kids from a past relationship.

Past Affairs of Jimmy Iovine

Before Liberty Ross, Mr. Jimmy Iovine was married to an American model, writer, and lawyer, Vicki Iovine in 1985. However, the pair announced their separation after twenty-four years of marriage. 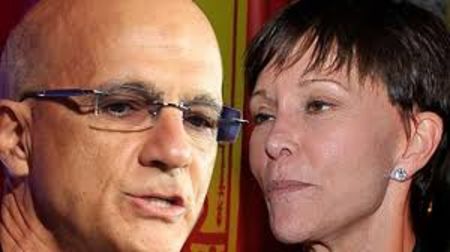 The Playboy model filed for divorce on his birthday though it was unintentional. Nonetheless, after divorce, Vicki moved on with David Coiro and tied a knot in May 2014.

Is Jimmy Iovine a Billionaire?

The Brooklyn, New York native Jimmy Iovine has an estimated net worth of $1 billion as of 2020. The 67-year-old earned his initial fortune serving as the co-founder of Interscope Records, which led to a huge success in the nineties and the early 2000s.

Jimmy worked with famous hip-hop artists, including Dr. Dre, Tupac, Snoop Dogg, and Eminem. In the same vein, the father to four built his second fortune as the co-founder of Beats Electronics, which Apple bought for $3 billion in May 2014.

Amidst the short span of the deal, it included $2.6 billion in cash and $400 million in stock. In addition to that, both Jimmy and Dr. Dre owned 25% of the company, and as a result, both of them bagged $750 million excluding taxes (around $580 million with taxes).

All in all, the major reason behind Apple's interest in the acquisition in the first place was to elect Jimmy as an executive. It benefitted them to rule the media world with negotiations over music as well as video licensing deals.

Jimmy Iovine and ex-wife Vicki Iovine were married for 24 years. They share four children (two sons and two daughters) together.

Jimmy Iovine got married to three years girlfriend Liberty Ross in February 2016 on the occasion of Valentines Day. They were close to each other since 2013 but started dating from 2014 and engaged a few months later.

Jade Iovine was born in 1990 as the first child to father Jimmy Iovine and mother Vicki Iovine. She has three siblings.

Jeremy Iovine was born as the second child to Jimmy Iovine and mother Vicki Iovine in 1991. He has three siblings.

Jessica Iovine was born in 1994 as the third child to Jimmy Iovine and mother Vicki Iovine. She has one sister and two brothers.

James Iovine is the youngest and fourth child to Jimmy Iovine and mother Vicki Iovine. He has one elder brother and two sisters,

Jade Iovine is the fourth child of Jimmy Iovine and his wife Vicki Iovine. Jade,18, has three siblings.

Jessica Iovine is the second child of Jimmy Iovine and Vicki Iovine.

Jeremy Iovine is one of fourth child of Vicki Iovine and Jimmy Iovine. He has three siblings.