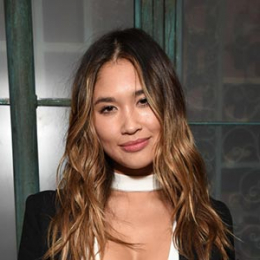 Model and a social media personality, Jocelyn Chew enjoys an elegant career as a model who worked with some famous brands. She participated in the modeling competition series, The Face. Also, she signed a contract with the modeling agency, Wilhelmina. Besides, she did modeling for brands like Ralph Lauren and American Eagle.

Jocelyn Chew Personal Life; Her Boyfriend And Past Affairs

Jocelyn Chew is currently a single lady as she stays away from relationship issues. Nevertheless, she was previously rumored to be dating some famous names. 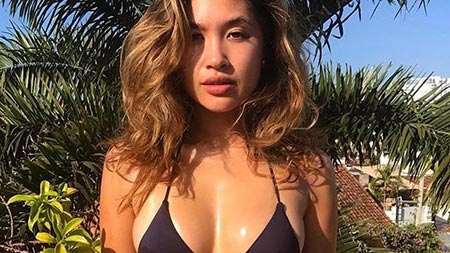 Jocelyn Chew is a model for the brand, Ralph Lauren.
SOURCE: GQ

On late 2018, the media speculated that Jocelyn was in a relationship with the rapper, Sean Combs, known as Diddy. None of the sources confirmed the rumors but were often spotted together. Moreover, they went to Miami for a vacation and even attended Drake's concert, as per the stories. Check out the video where Paparazzi asks her Jocelyn about her and Diddy!

Diddy, however, tagged himself single on early 2019, which suggests either the relationship was just speculation or they eventually broke up. He said,

Chew further was also linked to a social media star, Jesse Waits. They both kept the secrecy of their relationship and were rarely in the media limelight.

Jocelyn Chew Salary And Net Worth

Jocelyn Chew holds a net worth of around $500,000 to $1 million. She is a popular model who did the modeling for famous brands like Ralph Lauren and American Eagle.

Born on May 15, 1992, in Victoria, Canada, Jocelyn Chew grew up in the city of her birth. She is of Canadian nationality. Similarly, her horoscope sign is Taurus. 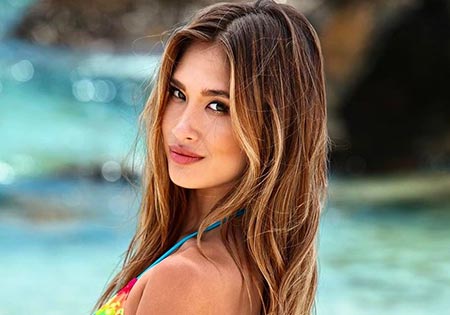 Jocelyn besides went to Claremont High School and was always keen in the glamor industry from an early age. She first came to limelight after taking part in a modeling competition, The Face. Apart from professional modeling, she owns a fashion blog, Jet Set Joce, and shares about food, style, and travel.