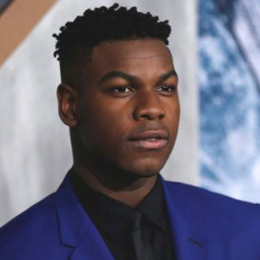 The BAFTA Rising Star Award winner John Boyega is an English actor who came into limelight by playing the role of Finn in the 2015 film Star Wars: The Force Awakens and its 2017 sequel Star Wars: The Last Jedi. He is also known for his appearances in other prominent projects such as sci-fi Attack The block, historical drama film Detroit and the drama Imperial Dreams (2014). He acted and produced the science fiction film Pacific Rim: Uprising (2018).

The current heartthrob, John Boyega, appears to be single at the present as there is no confirmed relationship of the actor. The actor, however, was pictured with a lady when arriving in the UK for the premiere of Star Wars: The Last Jedi in 2017. 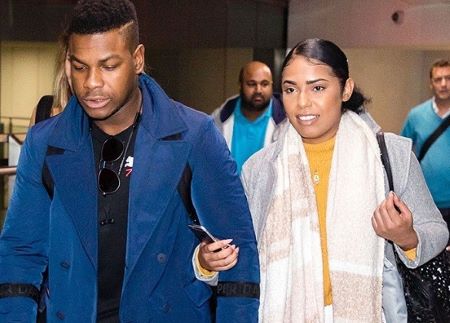 John Boyega with Mystery Lady Arriving in the UK.

The actor was asked about the picture in an interview to which Boyega replied.

"They always say that, man. Little do they know you’re in the friend zone. Heeheehee!"

The Detroit actor is very open to discuss his love life and revealed in interviews that he was in a long term relationship with a nurse. In 2015, he dated a girl in New York city but she bailed on him on finding that he was a big star on Star Wars Movie. Talking about that experience, Boyega stated in an interview,

"A lot of women are like that. They don’t like it too loud. I’m very broke when it comes to love. If you put it in financial terms, money-wise I’m OK, career-wise I’m OK, spirit-wise getting there, love-wise, if it was money, I’d have like £320."

The actor might be having a tough time finding his love but is blessed with many female friends. He is friends with Blank Panther actress Letitia Wright since their pre-fame days as they were studying together at London's Identity School of Acting. Furthermore, they came to the Met Gala party together in 2017.

We spoke about the future in McDonald’s after drama classes. Look at God and look at this amazing woman

The actor is also friend with Asia Worthen-Bingley with whom he posts pictures regularly on Instagram. Also, he is close to his Stars Wars co-star Daisy Ridley and Kelly Marie Tran and came in support of them when they were harassed by fans on Instagram.

If you don’t like Star Wars or the characters understand that there are decisions makers and harassing the actors/ actresses will do nothing. You’re not entitled to politeness when your approach is rude. Even if you paid for a ticket!

Boyega seems to be hopelessly romantic and wishes his relationship to be like his parents who are married for more than 25 years. Also, he loves children and wants kids of his own in the future.

The British actor called the second season of Spike Lee’s Netflix series, She’s Gotta Have It a 'trash'. The comment came after airing of the fifth episode of the season where the main character Nola Darling (DeWanda Wise) and her new love interest Olumide “Olu” Owoye (Michael Luwoye) are having a spirited discussion about how Black British actors’ have seemingly been taking over Hollywood. Also, the character mocks John Boyega’s last name by referring to him as “bodega.” in the scene.

Later, the writer and supervising producer of She’s Gotta Have It Barry Michael Cooper responded to Boyega comment and asked for apologies to him.

John Boyega is part of mega-blockbusters so what is Boyega Net Worth?

John Boyega who turned 27 this year is already a millionaire with a net worth of whopping $6 million. Most of the wealth is accumulated through his salaries from the movies such as Star Wars, Detroit, The Circle.

The next slate of stories #honouredtobeapartofit #2017 #2018

The young actor is also a savvy entrepreneur and founded his production company, Upperroom Entertainment Limited, in 2016. The company produced Pacific Rim Uprising in 2018 which grossed $288.3 million at the worldwide box office.

The BAFTA Award-winning actor is a loving son and bought his parents their dream house and dream car Jaguar which starting price is $67,565. He also owns an apartment in Peckham, the UK which he has furnished with quirky antiques which he discussed in an episode of Graham Norton show. Check out the video below!

The now superstar, John Boyega used to own Vauxhall Corsa which costs around $8,310 during his struggle days but at present drives Audi1 which on average costs $35,888.

John Boyega was born on 17 March 1992 in London to British- Nigerian parents. His father is pastor Samson Boyega and mother is Abigail Boyega who as a carer to the disabled person. The family had humble earning as a result of which he grew up in council state housing in Peckham, England with his two sisters, Grace, and Blessing.

This is a good ole throwback but also the moment when I noticed Bisola talking to another guy. Look at me now bih! #tbt

While still at college, he got part of Moses in sci-fi comedy Attack The Block, which became his breakthrough role and got the opportunity to study film studies at Greenwich University.

He dropped out of University after a year to act full time, and while working on a Spike Lee pilot for a TV drama in 2012 he got a chance to meet JJ Abrams. In 2014, after a seven-month audition process, Boyega was offered the part of Finn in Star Wars: The Force Awakens and the rest is history as they say.

Boyega has a new Stars War Movie: The rise of Singularity lined up to release in 2019  and is filming a movie Naked Singularity.