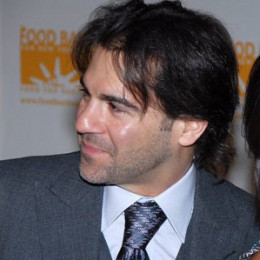 An American producer, lead singer of the rock band, and executive, John M Cusimano never fails to impress the audiences. He is a producer and executive, his famous movies are Rachael Ray (2006), Big Morning Buzz Live (2011) and Rachael's Vacation (2008).

John M. Cusimano was born on August 19, 1967, to American parents whose names are not revealed yet. His grandfather is reportedly from Palermo (a city of Southern Italy) while his grandmothers are from Naples (a southern Italian city) and Catalano.

John was raised in Long Island and his biggest passion as a child was to become amazing at music in the future. He began his journey into his musical career by taking up piano lessons after which improved his skills and knowledge over time.

Cusimano is the lead singer, songwriter, and guitarist for an independent rock band named 'The Cringe' formed in 2000. The other members of the group include lead guitarist James Rotondi, bassist Jonny Blaze, and drummer Shawn Pelton.

In 2015, the band released their fifth album Blind Spot and are based in Lower Manhattan. Besides his musical career, John is also an actor and producer. Some of his produced works are Biography (1987) and Entertainment Tonight (1981).

John m. Cusimano is a happily married person. He tied the knot with his sweetheart of over a decade Rachael Ray on 25th September 2005.

In a 2014 interview with AOL, Ray revealed how she first met Cusimano. Apparently, the couple met at a mutual friend’s birthday party.

"We walked directly across the room to each other … my husband and I have been together on the phone or in person every single day since the night we met,” she said. “He’s a lawyer, and he has a rock band." 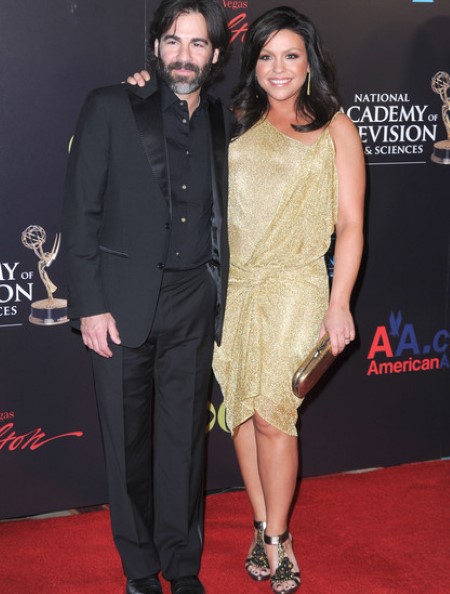 John also does the dishes and contributed to some of Ray’s cookbooks. The pair co-wrote My Year in Meals and My Year in Cocktails. Moreover, John wrote the foreword to his wife's Book of 10: More Than 300 Recipes to Cook Every Day.

As with many celebrity couples, the couple has witnessed numerous divorce rumors from tabloids over the years. However, they tried to put those to bed in 2015 when they took their renewed wedding vows in Italy, as they celebrated their 10th anniversary at the same Tuscan castle where they married.

Speaking to People Magazine, Ray said their love can be summed up with a poem from Charles Bernstein "All the Whiskey in Heaven," which was apparently her vows.

"It basically says, Under any circumstance, I would still choose you and I would still be with you. And I love you more than all the whiskey in heaven. In knowing my husband, there wasn’t a dry eye in the house."

While the lovely pair is surrounded by their fans and media about their future plans of bearing children in near future, Ray clarified that they do not plan on having kids. She explained,

"I don’t have time. I work too much to be an appropriate parent. I feel like a bad mom to my dog some days because I’m just not here enough. I just feel like I would do a bad job if I actually took the time to literally give birth to a kid right now and try and juggle everything I’m doing."

According to Ray, Cusimano's nickname is 'Johnny Walker' for the fact that he loves Scotch. Their ceremony in 2015 took place in presence of hundreds of their closest friends and family who flew to Italy.

Meanwhile, Cusimano's spouse once had to deny that her husband went to a Swingers Club in 2013. This was one of the many false claims about their fight in the media.

The multi-talented personality is a lawyer, singer, actor and executive producer and makes a handsome amount through his profession. However, the exact figure as to how much John M. Casimano is worth is not revealed.

We can assume Cusimano's net worth is pretty impressive though. Meanwhile, his wife is worth $80 million as per Celebrity Net Worth while it is about $75 million as per the Richest. The couple has homes in Lake Luzerne, New York, and Manhattan's Greenwich Village.

The celebrity chef put her Hamptons home in the market in April 2018 for $4.69 million. She purchased the house in 2008 for $2.6 million. The 3,650-square-foot residence has three baths and three bedrooms.

He married to a candy manager at "Macy's Marketplace", Rachael Ray. The couple married on 24th September 2005.