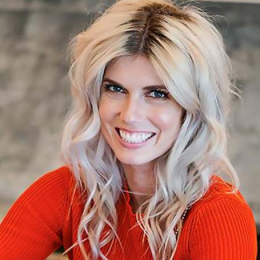 Julianna Zobrist is one of the famous American Christian musicians who is highly praised and loved for performing a Christian pop style of electronic dance music. She is also popular for her two extended plays named Tree and Say It Now. Her two singles, The Dawn and Alive both were charted on the Billboard magazine. The 34-year-old singer is also known for being the spouse of American baseballer Ben Zobrist.

Julianna Zobrist was married to the famous American professional baseball player Ben Zobrist. The pair used to share a good bond at the initial phase of their relationship and stayed together for fourteen years before filing a divorce on May 2019. 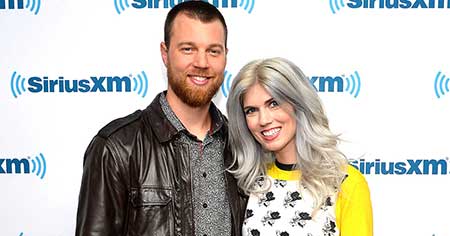 The couple shared the wedding vows on the 17th December of 2005 after dating for several years. Their wedding was held in Lowa in private ceremony among their close friends and family.

My children sat with their knees pulled tightly to their chests, each holding a yellow pool towel that hugged their shivering wet bodies like a cape. My daughter’s brushed back strands of hair pressed against their damp cheeks. I read them this quote by W.H Auden. How should we like it were stars to burn With a passion for us we could not return? If equal affection cannot be, Let the more loving one be me. After reading the poem a few times I asked them individually what their hearts absorbed from it. My three year old Blaise said, “I love birds. I will always love them so much.” Kruse chimed in, “I want to love everyone so big that it helps others learn how to love.” And Zion answered, “I don’t ever want to not love...actually, I don’t think I could ever not love...is that a double negative? May our love be genuine. May our love be spread. May our love never cease. btw, YOU are loved. XOXOJules

Like many married couples, Julianna and Ben also faced highs and lows in their relationship and decided to parted ways in this May. More to that, Ben field for the divorce blaming Julianna for inappropriate marital conduct. Until now, the divorce hasn't been finalized and fans of both parties are waiting for the final decision.

Zobrist is out of any dating rumors and is also out of any media controversies. Additionally, she is an active person on social media and shares many posts regarding her daily life.

What is the Net Worth of Julianna Zobrist? Know about her Earnings, Salary

Julianna started her music career in 2008 after the recording of the extended play The Tree which was released on January 8, 2009. After that, she released another extended play named Say It Now on April 17, 2012. Further, her first studio album, Shatterproof was released on May 6 of 2016. More to that, her two singles from the album, the Dawn and Alive both charted on the Billboard magazine charts.

Zobrist's husband, on the other hand, is a famous professional baseball second baseman who holds a net worth of $31 million. Furthermore, he signed a four year, $56 million deal with the Cubs back in December of 2015.

Julianna Zobrist is married to the famous American professional baseball player Ben Zobrist. The pair used to share a good bond and they stayed together for over one decade.

Julianna and Ben are a proud parent of their three children and one of them is a son named Zion Benjamin Zobrist.

Julianna and Ben are a proud parent of their three children and one of them is a daughter named Kruse Allegra Zobrist.

Julianna and Ben are a proud parent of their three children and one of them is a daughter named Blaise Royal Zobrist.