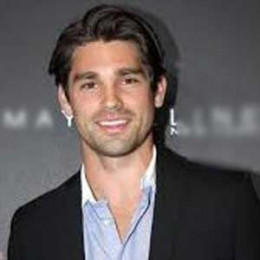 An American actor, Justin Gaston is also a model plus singer-songwriter. He is better known from the reality show, Nashville Star season 6. In 2013, Justin appeared on the cover of a magazine named, Tetu. He started his career as an underwear model for different famous brands including- Adidas, Christian Audigier, International Jock and Hugo Boss. Gaton was also a member of Hannah Montana's band in 2008. Justin worked in the music video Love Story as Taylor Swift's love interest that helped him to gain popularity among ladies mostly.

Born as Justin Michael Gaston on 12th August 1988 in Pineville, Louisiana, he is a well-known American actor.  Justin completed his high school from Pineville High School and latterly competed in track and field, finishing sixth in the pole vault at the 2005 Louisiana High School Athletic  Association 4A State Championship meet.

Justin Gaston moved from his birthplace to pursue his career in acting in 2005. In the starting of his career, he worked as an underwear model for Hugo Boss, Adidas, Christian Audigier, International Jock and much more. Moreover, in 2008, Gaston appeared in the music video, Love Story by Taylor Swift as Taylor's love interest.

Also, Gaston worked on the Fox network's series, Glee and seen in the Simon Fuller's interactive reality show, If T Can Dream with the co-stars: Kara Killmer, Ben Elliot, Amanda Philis and Giglianne Braga. He also was a participant in American Idol where he sang a duet with Brooke White.

In 2014, Gaston made his first appearance on TV in the soap opera, Days of Our Lives. He left the soap opera and was replaced by Robert Scott Wilson, an actor of All My Children. Gaston also acted in the TV movie, Deadly Siblings Rivalry in 2011 alongside Christa Allen.

Justin Gaston is a married man. He tied the knot with his beautiful wife, Melissa Ordway on 22nd September 2012. Melissa is an American actor plus model who did several modeling campaigns and series including- 17 Again and The Young and the Restless.

The couple looks very happy together and spends most of the time together. Gaston and Ordway share a strong bond with no intention of getting a divorce. Moreover, in 2016, the couple adopted a daughter named, Olivia.

Furthermore, in 2008, Justin was in relation with the singer, Miley Cyrus. They dated for a year and parted ways in 2009. The separation was hard on Miley which could be seen from her tweets during that time.

The dashing actor, Justin has an estimated net worth of $ 2 million. During his childhood, he used to live with his parents in Louisiana in a house, worth $900,000.  He has maintained a high standard of lifestyle.

Justin Gaston married an American actress plus model, Melissa Ordway on 22nd September 2012 and is still together.

Justin Gaston and Melissa Ordway adopted a daughter named, Olivia in 2016. The couple is very happy with the baby girl. The couple has no biological children yet even after years of marriage.