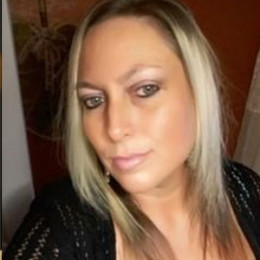 Karri Kuzma is widely recognized as the mother of a popular basketball player Kyle Kuzma rather than for her own real identity. Her son is one of the rising talents in the National Basketball Association(NBA). The 45-year-old is the inspiration and the biggest fan of the Lakers' star player.

Karri Kuzma is a married woman. She tied the knot to Larry Smith sometime in mid-2000 in a hush-hush ceremony after dating one another for years.

Larry fathered Kyle Kuzma, a son from Karri's previous relationship. Kyle was born as a result of Mrs. Kuzma's relationship during her college time. The NBA star met his father only once as an infant but considered the father of his half-siblings, Larry Smith as a father figure. what's more?

She has not talked about Kazuma's biological father yet and does not seem too enthusiastic about talking on that matter. Nevertheless, Kyle considers his mother's partner Smith as his father figure and admires him greatly.

Even though the NBA All-Rookie star hasn't yet got the love of his biological father, Karri's now-husband never lagged behind in treating him well as his own child.

Karri and Larry put the toy basketball rim in the living room for  Kyle when he was only two years old, therefore developed his passion for basketball.

In an interview he said:

“It’s not a big deal to me, not knowing my actual father because I got used to it growing up and (Larry) has been great to me,” he said. “He was the first person I played basketball with after he and my mom put up a Little Tykes hoop in the living room.”

In addition, Karrie and her husband Larry share two children from their relationship. The children are a son Andre Smith and a daughter Briana Smith.

Got a degree and changed my family life forever... you really can’t tell me ish in this life!! #HappyNewYear #2018bestyet

The mother of three is quite active on social media platforms as well. Speaking of Kyle's present relationship status, he is just twenty-four years old and currently focused on his NBA career rather than getting romantically involved with any girls.

How Much is Karri Kuzma's Net Worth? Know Details About Her Earnings

Karri Kuzma worked in many places, therefore, it is hard to assess her actual net worth from it. Her son, Kyle Kuzma, however, is one of the rising stars in the NBA and receives a handsome paycheck from his work.

As of 2022, Karii's son Kyle possesses an estimated worth of $3 million. Moreover, he signed a three-year contract with the Laker worth $5 million and makes $1.68 million a year. In L.A. Lakers, Kyle plays with some big and rising star in NBA like Lebron James, Rajon Rondo, Lonzo Ball, Caldwell-Pope, and others.

The young star even owns cars like Porsche (Costing $100K-300K) and a 1970 Cadillac Deville. He even bought a house for his family in Flint, Michigan.

As for her academics, she went and graduated from Otisville Lakeville High school. During her high school, she was a two times shot put champion. 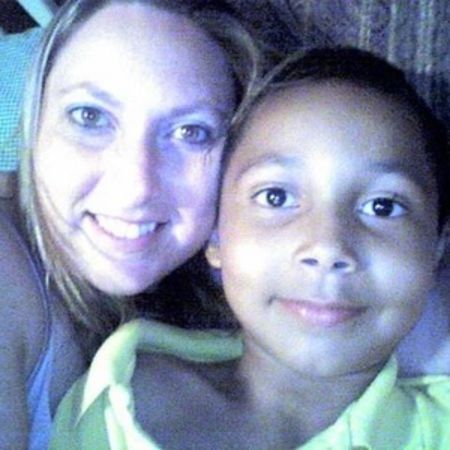 Later, Karri attended Hillsdale College on a scholarship. However, she had to quit her education because of her pregnancy.

She was a very determined woman and raised Kyle as a single mother. Furthermore, she stated in an interview that raising her child was one of the best decisions she made in her life. And looking back now we can assuredly say that she made the correct choice.

Apart from that, the athlete's mother stands around 5 feet 10 inches tall. Similarly, her eyes are blue and hair is blonde. As of 2022, she is 49 years old.

Stay on marriedwiki.com for the latest updates!

Karri Kuzma is a married woman and is in a marital tie with Larry Smith. They met in mid-2000 and since then, they are together.

Briana Smith is the daughter of Larry Smith and Karri Kuzuma. She is the half-sister of NBA player Kyle Kuzma.

Andre Smith is the son of Karri Kuzuma and Larry Smith. She is the half-sister of NBA player Kyle Kuzma.

Kyle Kuzma is the son of Karri Kuzma. Kyle plays professional basketball for The Lakers in the NBA. He was born on July 24, 1995.