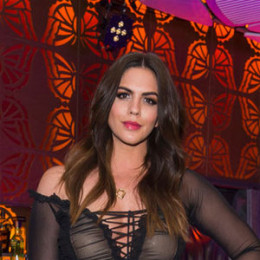 American reality star, Katie Maloney appears in the 6th season of the reality TV show, Vanderpump Rules. She made her Hollywood debut from the series, 2009: True Story. Maloney serves in the Beverly Hills restaurant named, SUR owned by stars of Vanderpump Rules.

Katie Maloney was born on 16th January 1987 in Utah. She is American and belongs to White ethnicity. Maloney was raised by her parents, Richard Maloney and Teri Noble Maloney.

Katie Maloney began her acting career from 2008 after appearing in the series, 2009: A True Story alongside Cody Harnish, Robert T. Parker, Tom Riordan, Dotan Baer and Skylar T. Adams among many others. She then made her appearance in the series, 2 Miles in 20 Minutes.

Maloney is best known for featuring in American reality TV series, Vanderpump Rules aired on Bravo. She is a part of the show since 2013. Other members of the show are Stassi Schroeder, Scheana Marie, Lisa Vanderpump, Jax Taylor, Kristen Doute, Brittany Cartwright, Lala Kent and Laura-Leigha.

Katie Maloney married Tom Schwartz in 2016. They first met on the set of Vanderpump Rules and eventually started dating.

The couple tied the knot in a grand ceremony at TwentyMile House in Northern California. Both looked stunning as the bride wore a lace dress (costing $15k) and the groom wore a black suit. The guest list included many reality stars including Stassi Schroder, Jax Taylor, Lisa Vanderpump, and Brittany Cartwright.

In June 2017 rumors about their divorce circled the media but the couple confirmed that they are still head over heels in love with each other. In a joint interview with NBCUniversal Press Junket, the pair revealed that they have a long distance to go in their relationship. In their words,

‘’ We’re not happily ever after. We still have a lot of work to do. We would be lying to ourselves if we said everything is great, but it is significantly a lot better.”

So far, the husband-wife share a healthy relationship and soon plan to start a family as well.

Katie Maloney came to the limelight after appearing on the reality show, Vanderpump Rules, she has an estimated net worth of $30k.

Besides the show, Maloney is also making much of the money from her published books The Blackberry Effect: Zena’s Beginning and Deadly Puzzle.

She also has a fashion and style website, Pucker and Pout and is a producer and music supervisor of the series, BlackBox TV. She currently resides in an apartment in Los Angeles.

In August 2016, Tom Schwartz tied the knot with Katie Maloney at TwentyMile House in Northern California after dating for several months.