Home Article 42 Years American Communication Consultant Katrina Pierson Has A Son; Is She Hiding Us About her Husband?

42 Years American Communication Consultant Katrina Pierson Has A Son; Is She Hiding Us About her Husband? 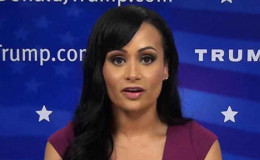 Age 42, the American Communication consultant Katrina Pierson was rumored to be dating Anthony Scaramucci but was not true at all; has a son named Christopher Pierson from her previous marriage with her mystery husband; tied the knot in 1997 her marriage lasted for just 3 months; Katrina Pierson's married life, affairs, rumors, dating history, son, boyfriend

The beautiful American communication consultant, Katrina Pierson is enjoying her success in professional life but had a lot of ups and downs in her life experiencing a failed marriage which indeed caused her some distress.

"We are NOT dating. Never dated, won’t be dating", says the 42 years after shocking her fans when she was spotted having a fine dinner with financier Anthony Scaramucci. Is she really dating him or it's just some other rumor? If not, who is she dating currently?

Many Rumors Are Swirling Around Katrina Pierson's Affairs, Who Is She Dating Currently?

Katrina Pierson does not want to reveal who she is dating!

The 42-years-old communication consultant is a little secretive when it comes to her love life. She has not been too open in terms of her relationship but has got many rumors swirling around. 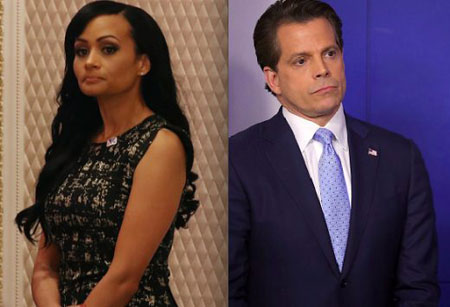 Katrina was rumored to have dated Anthony
Source: GossipCon

Rumors cam in the light about Katrina being linked to an American financier named Anthony Scaramucci after they were spotted with each other having a dinner at Trump Hotel's BLT Prime restaurant on 1st August 2017.

Speculations began that they were dating as they were having a lovely time dining at the hotel. Pierson later tweeted about the rumors of their dating life mentioning, "How does one "secretly" dine at the #TRUMP hotel?? #MAGA "

Pierson again cleared out the air regarding her affair with the financier saying in an interview,

“We are NOT dating. Never dated, won’t be dating. We are political friends and media colleagues.”

However, a few days later, reports claimed that Anthony was dating another lady named Kimberly Guilfoyle who is a Fox news anchor which settled down the matter for good.

She is active on her social media but no clue about her current relationship could be known from it either.

Well, the point was finally proved that she was not having an affair with Scaramucci and as of now she has not been encountered with anyone.

Divorced Just After Few Months Of Marriage? Has A Son With Her Ex-Husband?

Many of you already know that Pierson was a married woman before. She was in a marital relationship with a mystery guy but not for too long.

Reports claim that they tied the knot in 1997 after dating for a few years. She gave birth to their child, a son named Christopher Pierson in 1996 and a year later they decided to tie the knot. 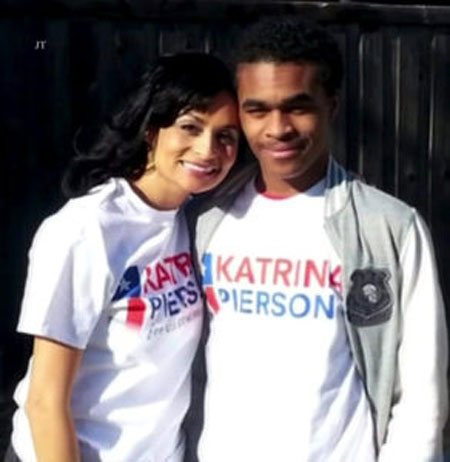 Katrina and her son Christopher at his age 20
Source: BiographyTree

Rumors claim that the couple was only married for about 3 months and eventually decided to part their ways but the reason behind their split has still not been disclosed by the consultant.

The former couple first had a lengthy conflict over the custody of their son and even accused the judge of having a political bias against her. She did win the custody later on and took care of her son. 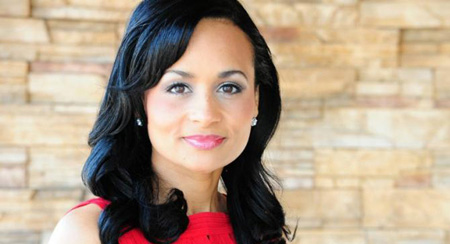