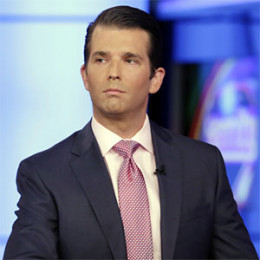 Born and raised in Manhattan, New York City, Donald Trump Jr. is the eldest child of President of the United States, Donald Trump, and his first wife Ivana Trump. He is also well known as former reality television personality and businessman.

Ever since his father has become the President, Trump Jr. has shown himself as an ardent defender of Trumpism and right-wing provocateur. He was also highly criticized for his meeting with a Russian Lawyer as he tried to "receive damaging information about Hillary Clinton's campaign" during 2016 presidential election.

Trump Jr. is known for his business in most of the field He works on every co-operation which ranges from analysis and pre-development planning to construction, deal evaluations, marketing, sales and leasing, branding.

Donald Trump Jr. was born on 31 December 1977, in Manhattan, NYC, to Donald Trump and Ivana Trump, Donald Trump's first wife. He also has younger brother and sister, Eric Trump, and Ivanka Trump. His half siblings are Tiffany(from his father and second wife Marla Maples), and Barron, from his father,'s and current wife Melania Trump. 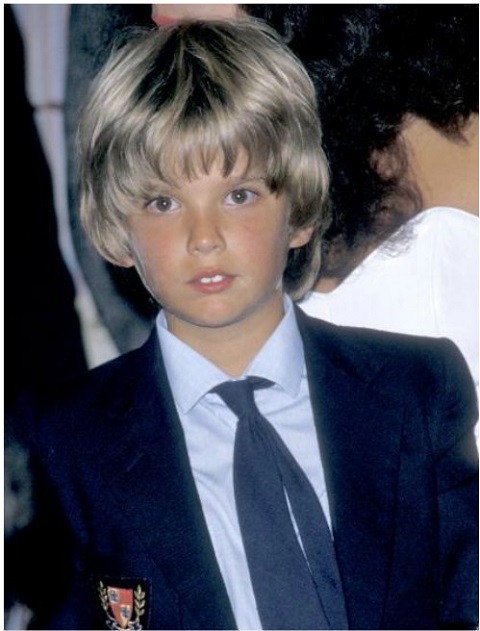 During his early days, Trump Jr.'s role model was his maternal grandfather, Milos Zelnicek, who lived in Prague, where Junior Trump spent most of his summers fishing, hunting, swimming, and learning Czech language.

Trump Jr. parents got divorced when he was just a child and he had to answer a lot of questions regarding his parents' divorce to the tabloids. Seeing this, his mother admitted him to a boarding school, to keep him away from all the controversies. He attended Buckley School and The Hill School located in Pottstown, later attended the University of Pennsylvania's Wharton School and achieved a B.S. degree in Economics.

After his graduation from Pennsylvania's Wharton School in 2000, Trump went to Aspen, Colorado leaving everything behind. He lived all by himself there, skiing, fishing, hunting and traveling in a truck. He also did odd jobs like serving as a bartender before returning to his father's Trump Organization in NY. Trump Jr. took over the several projects of Trump International Hotel and Tower along with Trump Park Avenue. He has also made his appearance as a guest adviser and judge on several episodes of his father's reality television show The Apprentice, from 2006-2015.

At the time of 2016 presidential campaign, Trump Jr. campaigned for his father. In December 2016, it was announced by Politico and the Wall Street Journal that Trump Jr. influenced Donald Trump's choice of Secretary of the Interior Ryan Zinke.

In 2011, Donald Trump Jr. replied to criticism of the Tea Party Movement by Florida Representative Federica Wilson by confusing Wilson along with Maxine Waters and said Waters' colorful hats made her look like a stripper.

In March 2017, Trump Junior criticized Sadiq Khan, the Mayor of London, following the 2016 Westminister attack, which led British lawmakers to criticize Trump Jr. However, Khan did not respond to the criticism and said he had ''far more important things'' to do.

In September the same year, Trump told his Secret Service to remove his all details and said to his friends that he wanted more privacy. However, former Secret Service agents criticized Trump Jr. for his request.

In Feb 2018, Indian newspapers promoted a deal that stated anyone "who purchases Trump Organization apartments in Gurgaon before 20 February" will get an invitation for a ''conversation and dinner'' with Trump Jr. The ads were later highly criticized as unethical by corruption watchdogs.

The monsters having a blast at Disney World today. #christmas #vacation

On 15 March 2018, Vanessa Trump and Donald Trump Jr. issued a joint statement with an announcement that Vanessa Haydon filed for a divorce. They stated,

''After 12 years of marriage, we have decided to go our separate ways. We will always have tremendous respect for each other and our families. We have five beautiful children together and they remain our top priority. We ask for your privacy during this time.''

As per the reports by the New York Times, the divorce was uncontested. Recently, it was revealed that Trump had an affair with another woman and it could be the reason behind Trump Jr. and his wife Vanessa Trump divorce.

When Vanessa Trump found out about the affair via emails she confronted Aubrey O'Day, the mistress over the phone, asking her to end the relationship. 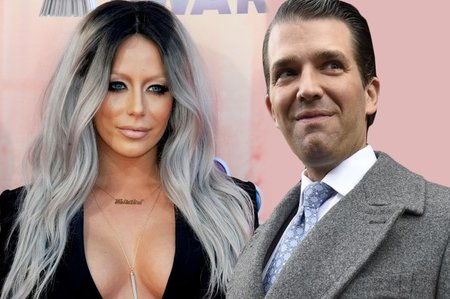 The plot worked, however, left O'Day in a state of shock. Sources also revealed that Trump Jr. had also promised that he would left Vanessa for O'Day. An insider close to her said,

''He told O'Day that it was over with Vanessa, that they were separated and he didn't love her--all of that stuff. Audrey fell for him hard. She thought that they were going to be real.''

During the affair, Vanessa Trump was a new mom, when Trump Jr. ended his affair with Audrey O'Day.

Trump Jr., has not said anything regarding these reports and was spotted playing golf with his youngest daughter in Palm Beach. O'Day also tweeted that she was pregnant briefly after her separation, saying:

Audrey O'Day, however, joked about her pregnancy and also previously talked about having some information about the Trump family after the election. In the wake of President Trump's victory. O'Day wrote:

''I'm embarrassed to be an American.''

Later a follower pointed out O'Day on Trump's reality show via tweets and in return O'Day replied,

''No. my story I didn't tell is worth millions now.. this doesn't hurt me, it hurts America.'

''I don't have a non-disclosure and Trump is lucky I haven't said what I know. He is garbage.''

The singer later deleted those tweets. Not only this, an inside source further revealed that it was Trump Jr. who was after O'Day and further added that O'Day was madly in love with Trump Jr. and she was never after his money.

Donald Trump Jr. earns a good amount of money as a businessman and the son of the 45th president of the United States Donald Trump. As of 2018, his total net worth is estimated to be $300 million as of 2018 whereas his father Donald Trump's net worth is $3 billion.

He previously worked as an executive vice president at The Trump Organization during his father's campaign. Before his father was elected as the President, he along with his brother Eric worked as the trustee of the organization. He's also a former TV personality, paid speaker and Twitter provocateur. 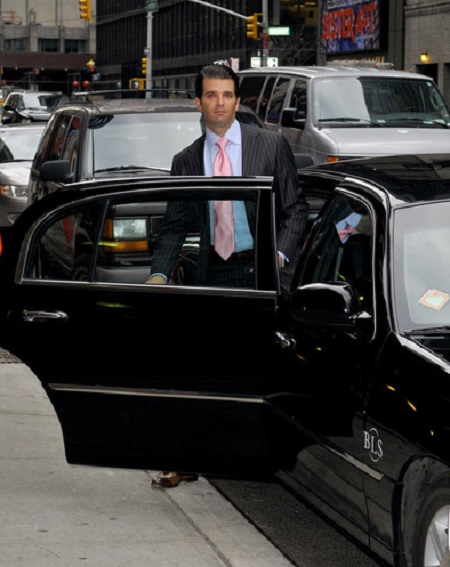 Donald Trump Jr. getting out of his luxury car, Cadillac CTS
Source: Zimbio

He deals with various operations which range from analysis and pre-development planning to construction, deal evaluations, marketing, sales and leasing, branding.

The Trump family also owns two 12th-floor apartment in Sovereign. One included two bedrooms, 2.5 bathrooms, and made up on 1800 square feet( worth $1.12 million), and other was worth $1.59 million. After few years, Trump Jr. purchased another apartment for $1.5 million.

He has also worked as an adviser on the highly rated NBC show The Apprentice. Just last month Trump Jr. went to India to expand their Trump's real estate business and he's looking forward to selling million-dollar homes in India, priced between $775,00 $1.5 million and are due for completion in 2023.

The couple stayed together for more than ten years and shares five children together. Recently, Trump Jr.'s wife has filed for a divorce.

He is the second child of Trump Jr. and Vanessa Trump.

Kai Madison Trump is the first child of the couple.

He is the third child of the couple.

Chloe Sophia Trump is the fifth child of the pair.

He is the fourth child of the couple.