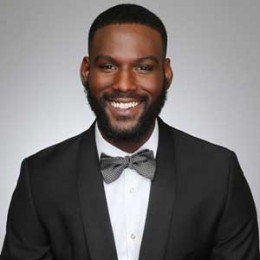 Kofi Siriboe is an American actor and model known for his role as Ralph Angel Bordelon in Oprah Winfrey Network drama series Queen Sugar. He has established himself in the Hollywood industry through his acting skills.

Kofi Siriboe was born on March 2, 1994, in Los Angeles, California, U.S. He belongs to Ghanaian descent. He grew up with his older and younger brother namely Kwame  Boateng and Kwesi Boakye. His both brothers are actors.

Kofi began his career as a model and signed with Wilhelmina Models New York and Vision Los Angeles. He made his film debut with the supporting role in The Longshots, the 2008 comedy drama. Then he appeared in an array of films including Prom in 2011, Whiplash in 2014, and Straight Outta Compton in 2015.

He made his guest appearance in Family show Lincoln Heights during the fourth season episode entitled ‘Bully For You’ and also appeared in CSI: Crime Scene Investigation. He also had a recurring role in the MTV comedy-drama series Awkward.

Kofi is still the most eligible bachelor. Even though he is seen hanging out with beautiful girls and posting pictures together, there is no factual information regarding his personal affairs. Siriboe is quite secretive about his personal life and hasn’t disclosed anything about his relationship status.

However, there are rumors of him dating actress and model Ebonee Davis but there is no official confirmation.

As a model and actor Kofi earns a good amount of money from his career. Even though there is no concrete figure about his net worth, it is certain that he has accumulated a net worth of millions.