Kristen Renton, better known for her screen role, Morgan Hollingsworth on NBC's soap opera Days of Our Lives is able to make a place in audiences heart through her versatile acting. She is also popularly recognized for her work at Sons of Anarchy (seasons 2-6) as Ima Tite.

Is Kristen Renton Dating Someone? Who Is Her Boyfriend? Know More About Her Personal Life

Kristen Renton is currently dating her longtime boyfriend, Nick Manning. She introduced her partner to her fan followers via Instagram post on October 7, 2019. Also, it was the day Nick appeared for the first time on her social media.

The Sons of Anarchy cast feels blessed as well as happy when she's with her spouse to be, Manning. He is widely popular as an animal activist describes himself a pitbaby.

The pair doesn't have children yet despite being in an intimate relationship for nearly a year. Kristen and her beau are an avid pet lover, they owns a white pitbull.

As of 2020, Come Away Home actress and her lover aren't in a rush to walk down the aisle. They're relishing a blissful live-in together relationship and resides in New Orleans, U.S. with no rumors of separation.

Previously, Renton was engaged in a romantic relationship to her now ex-boyfriend, Rick Campbell. He is an actor by profession and an enthusiastic traveler. The duo was best friends at first and after being together for years they realized they are more than good friends. 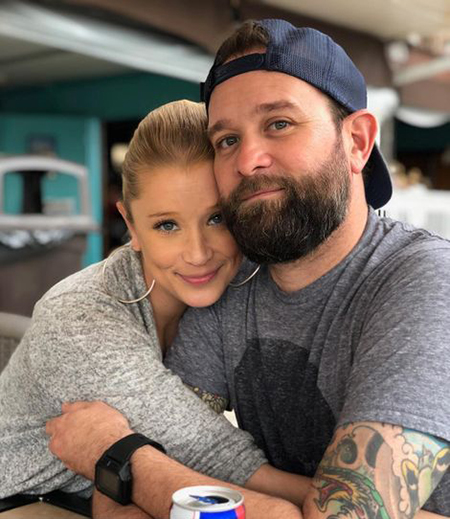 Unlike other celebrity couples, Kristen and Rick are quite open up about their relationship to fans and never hesitate to share their cute PDA via their social sites. Both of them are huge animal lover which might be one of the reasons for their closeness.

They say you should be with your best friend.... I finally understand what they’ve been talking about. My #MCM all day, everyday. #MCM #YouMakeMeFeelSomeTypeOfWay #LuckyGirl #WhatTookMeSoLong

The actress is passionate about photography and loves to capture each and every moment. Moreover, she is an active philanthropist and never misses an opportunity to help needy people and animals.

Not a day goes by I don’t miss you with my whole heart. You will always be one of the great loves of my life. Miss you Roxy Momma #TBT #RoxyMomma #PetsAreChildrenToo #BestNuggetEver #AdoptDontShop #AnimalRescue #GiveBack #AnimalRights #MissYou #NoMakeupDontCare #TillWeMeetAgainMyLove

Additionally, Renton is an avid tattoos lover and have over 20 of them on her body. She is also an adrenaline junkie who loves to skydive, swimming with sharks

What Is Kristen Renton Net Worth? Get All The Details Of Her Earnings and Income

Kristen Renton's estimated net worth might be somewhere $500 thousand which she accumulated from her acting career. The actress made nearly $70,000-$80,000 per episode from her screen appearances.

Renton also made a good fortune from her stage shows and brand endorsements. She is an active philanthropist and contributed several parts of her earnings in charities and social works.

Kristen Renton was born on September 14, 1982, in Denver, Colorado, the USA under the birth sign of Virgo. She holds an American nationality and belongs to White ethnicity/race. She grew up with her sister who was a model. 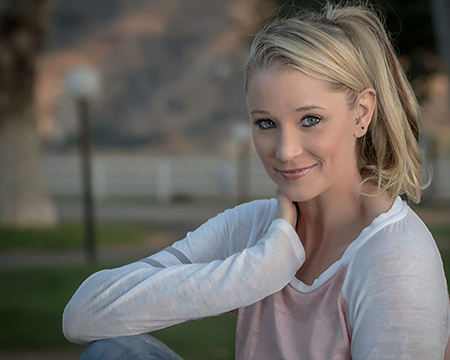 The actress graduated from Penn State University in Psychology. Later, she realized her interest in acting and started her film career in 2001. She has featured in numerous films and Tv series but got her major breakthrough in 2007 in Days of Our Lives starring Kristian Alfonso, Camila Banus, Robert Scott Wilson, and others.