Home Article Kyle Chrisley Is Married To Wife Alexus Whilby, Has a Daughter; His Family Life With His Parents

Kyle Chrisley Is Married To Wife Alexus Whilby, Has a Daughter; His Family Life With His Parents

Kyle Chrisley who created certain disturbance in the family following years of drug abuse lost his daughter's custody and was fired from the family show 'Chrisley Knows Best.'

Now, he has purchased a new house with his wife, Alexus Chrisley; trying to make a new start and settle down everything. The pair who created a wonderful duo 'Lexi & Kyle Chrisley' is now active with their songs and winning huge fan followers. Here's everything you wanna know about the pair, their family life and more!

The 27-year-old former drug user disclosed that he's been sober for around four years and now, he has some specific plans to live a sound life with his wife Alexus Chrisley whom he married in the year 2014. 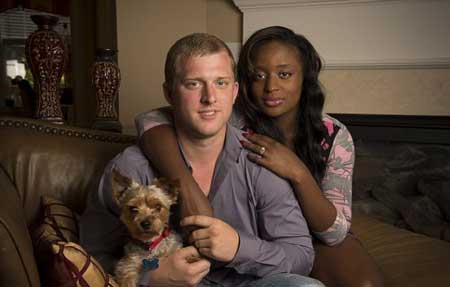 His relationship with his father continued to crumble in the public eye when he threatened to kill Todd during a crack binge!

The former reality star created a divide in the family following years of the drug issue. That was the only reason why he lost custody of his daughter from his past relationship and subsequently fired from the reality TV show. 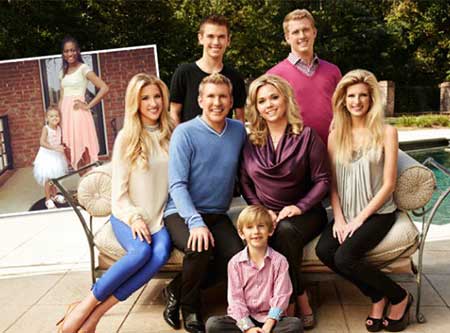 Meanwhile, Kyle has let go of his anger towards his father and whole cast member of the reality show. Though he still doesn't have a good connection with them, he said that he has moved on for a better cause.

During an interview with Radar Online, he said,

"I have moved on with my life I am just going to be the best father and husband that I can be."

Kyle and his wife Alexus have created a beautiful musical duo named 'Lexi & Kyle Chrisley.' One of the first songs they released 'Shame on You' is definitely a dig at his father Todd Chrisley.

You May Like: Is Rob Kardashian actually Dating Reality star, Mehgan James? Reportedly the Couple is spending a lot of time together

Despite the bitter past, Kyle and his wife have moved forward in their family life. They purchased a 3000 square foot home in Georgia.

"We just moved in last week and we are already loving it. I would never have dreamed that I would own a 3,000-foot house and we are just so blessed."

"I cannot wait to start a family with my wife once we are all settled in. She is my best friend and is going to make a great mother."

Looking at his words above, the reality TV star has some definite plans to start a family with their kids.

Well, we wish to hear positive news about the couple soon!

As stated by TMZ, Todd's eldest son, Kyle Chrisley was arrested on drugs charges in May 2019. He was arrested in Oklahoma and booked in Okmulgee County Jail for possessing methamphetamine. In addition to the case registered recently, he also had an open arrest warrant in Georgia for threatening to harm his former wife Angela Victoria Johnson.

Angela herself came forward and claimed that Kyle threatened to kill her via several text messages.

Kyle was previously in a relationship with Angela Victoria Johnson. Kyle who was once diagnosed as bipolar became a father when Angela gave birth to a daughter named Chloe Chrisley in 2012.

His father took his Twitter account explaining that his son has been in and out of rehab.

My son Kyle is bipolar, he suffers from mental illness, he will struggle for life, Yes, the Daily mail prayed on this to sell a story..

Though everything seems perfect in the beginning, things turned upside down when Kyle was accused of violent behavior and excessive drug use in 2013. 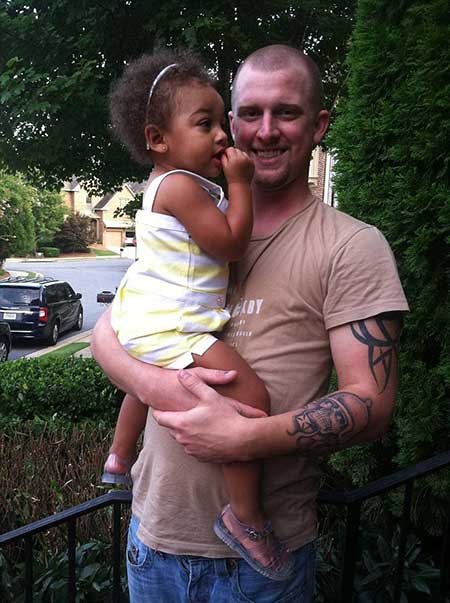 After the major event, the two separated once and for all.

The ex-girlfriend of reality star spoke out for the first time with Life & Style and revealed the beating and threats she received when she was pregnant with their daughter.

She stated that Kyle choked and threatened her with a knife. Now, she shares joint custody of the baby girl with Todd. 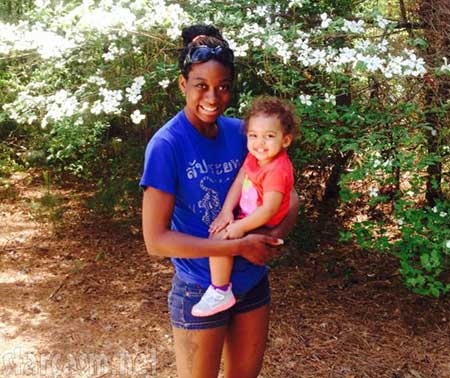 According to courts document, Todd filed a legitimation suit against Angela to receive child support and visitation rights for the family in April 2014.

She mentioned that Todd would never let Chloe return to her father as he's an unfit father.

"He was talking about stabbing me, then threw a bottle of pills and hit me and Chloe right in the face with them."

Further, she claimed that he wants Chloe but he's really after the money.

Kyle, however, denied the thing and mentioned,

"I don't want any money. I want my daughter."

The little girl Chloe also appeared in the family reality show with her grandparents and other members. 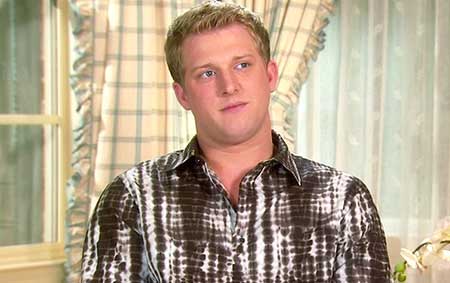