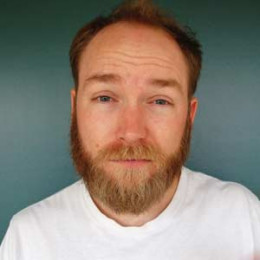 An American stand-up comedian, voice actor and actor Kyle Kinane aka Kyle Christian Kinane, best known for his debut album Death of the Party which was recorded in Los Angeles at the Upright Citizen Brigade Theatre.

He is also best known for his role in Funny People in 2009, Those Who Can’t in 2016 and random Paradise in 2017. Kyle Kinane is really enjoying his relationship with Rachel Olson.

Kyle Kinane was born in Addison, Illinois, the USA on December 23, 1976, with the birth name Kyle Christian Kinane.

He completed high school education from Addison Trail High School and he was graduated from Columbia College Chicago in 2002. During his childhood, he ate a whole block of cheese in sitting so that he was named mouse by his friends.

He grew up in suburbs, 20 miles out of Chicago until he was 26 years old. His childhood was pretty all-American. When he was at the age of 15,  he went to see Screeching Weasel at the now-defunct McGregor's, which was in the back of a strip mall behind a sports bar.

His grandfather Dally Kinane also worked in the entertainment industry which made him easy to make a career in the field of entertainment. So that after his graduation he moved to Los Angeles along with his packed bag with a dream to become a comedian.

After his graduation, he started his first job which was caddying for a couple of summers but he didn't get sufficient amount of money. He got only $3 after working three hours. He left the job and pursue his career towards acting and comedian.

He made his television debut appearing on American sitcom The Nanny in the young role of Roger Clinton. Similarly, his debut album was Death of the Party which was recorded in Los Angeles at the Upright Citizen Brigade Theatre and was released in 2011 on AST Records.

After his first album was released, he was listed in variety’s Ten Comics to Watch in 2010. He has a long-term relationship with cable channel Comedy Central. Kinane has been serving Comedy Central as the voice for their on-air announcements since 2011.

On February 25, 2011, his first half-hour special program was aired under the Comedy Central Present, which is one of the famous network programs.  Also, he has appeared on comedy series Drunk History and the game show Midnight, which he has won seven times and 2014 animated series Trip Tank.

He has performed in many audio and video podcasts and stand-up television program including Doug Lives Movies, Comedy Bang! Bang!, The Adam Carolla Show and others podcasts and The Tonight Show starring Jimmy Fallon, Live at Gotham, Conan, Last Call with Carson Daly and others television programs. Along with fellow comedian Dave Stone, he started his own podcast The Boogie Monster. 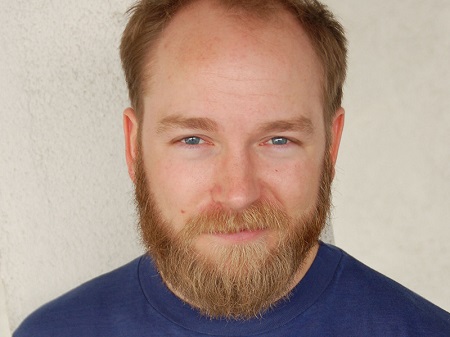 During his tour, comedian Daniel Tosh and Patton Oswalt appeared on the same stage. He performed the role of the ex-boyfriend of Gillian Jacobs since 2016 in Judd Apatow’s series Love.

He has voiced the character of Ice Cream in the series Right Now Kapow broadcast in Disney XD. Also, he played Rod in series Those Who Can’t on the TruTV series.

Kyle Kinane’s Net Worth and Statistics

In 2008, Kyle was ranked in the list of top 5th emerging Comedians by AskMen.com. He is living a lavish life. He earns a decent amount of money from his professional career. As per the online sources, his total net worth is reported to be around $400 thousand.

The 41-year-old comedian, Kyle is around 5 feet 7 inch in height and weighs approximately 128 lbs.

Kyle Kinane is really enjoying his relationship with Rachel Olson. The couple is seen happy together. The duo often posts several pictures on their Instagram account. Rather than posting a good picture of each other, they upload random pictures. 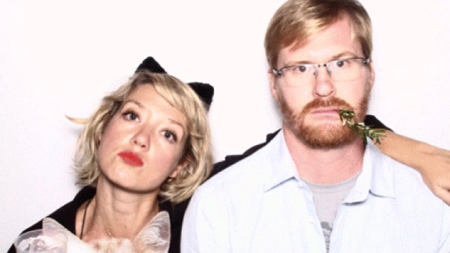 Although the duo has their own differences, in the end, they will triumph over anything and correct their mistakes. As Kyle seems to be busy more with the work he has still managed to keep his personal life as well. The duo travels together when they are free.

They are seen together for five years and are happy together. They are yet not engaged but Kyle on his Twitter account tweeted saying he wanted to be a father.