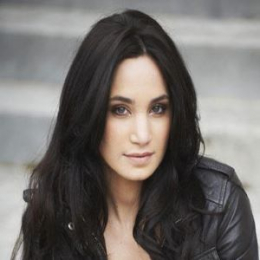 Laura Kathryn Wright is one of those celebrities who has gained millions of fans with her melodious voice. She is best known as the English soprano who performs classical and operatic music, popular songs, musical theatre, and folk songs.

Who Is Laura Kathryn Wright's Husband? Know About Her Wedding, Children

Laura Kathryn Wright is married to her boyfriend turned husband, Harry Rowland. Rowland is a former rugby ace as well as a personal trainer. Laura walked down the aisle with the boyfriend of her six years, Harry in the last winter on December 2018.

The wedding was held at St Michael’s church in Framlingham, Suffolk in front of their close friends as well as a family which includes the famous television presenter Helen Skelton. They never hesitate to show off their relationships and often shares their snaps.

The pair moreover are expecting their first child together after one year of their marriage. Laura recently announced her pregnancy of twenty weeks on August 6, 2019, through her Instagram account. Care to have a look!!!!

SO excited to finally be able to share with you our special news Harry and I feel incredibly lucky and blessed to be meeting baby Rowland later this year, we love you so much already!!! Thank you @hellomag and @alexandra_wilby for all your support...we had so much fun on the shoot! The full interview and shoot is on sale tomorrow #pregnancyannouncement #mumtobe #pregnant #babyrowland

The lovebirds are together for nearly a decade now; still, they show no sign of break up or divorce. Moreover, they are living a blissful marital life together, and the birth of the new member will add only happiness to their life.

How Much Is The Net Worth Of Laura Kathryn Wright?

Laura Kathryn Wright holds the net worth of around $3 million. She garnered this much wealth from her career as English Soprano. Besides, the average salary of a singer in the United Kingdom is around $30 thousand per year.

Wright came to prominence as a chorister of the year when she was just 14. Moreover, she performed at Rugby League, The Carnegie Challenge Cup Final, The Grand National, British Grand Prix, and many more. Likewise, she also performed at the opening ceremony for HRH Prince Harry’s inaugural Invictus Game.

Laura makes a big buck as a brand ambassador. Moreover, she is the first Ambassador for the Kia Women's Cricket League. Likewise, she is also the ambassador of Arthritis Research UK, SportsAid and for the Invictus Games.

Laura also earns a good stack from additional works which include brand endorsements, advertisements as well as other monetary actions. Likewise, she receives $138 - $230 per promotional post on her Instagram account. 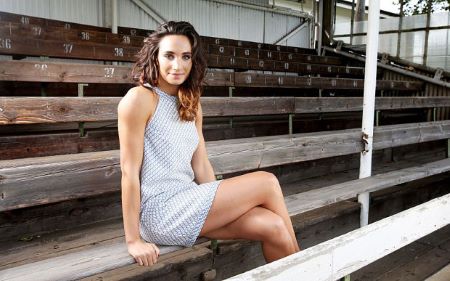 Laura Kathryn Wright is posing for a photo.

Laura Kathryn Wright is married to her boyfriend turned husband, Harry Rowland. Laura walked down the aisle with the boyfriend of her six years, Harry in the last winter on December 2018.