Home Article Laura Kathryn Wright Is Married To Husband Harry Rowland. Do They Share Any Children?

Laura Kathryn Wright Is Married To Husband Harry Rowland. Do They Share Any Children? 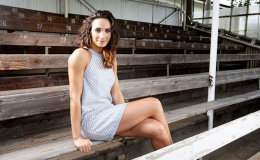 The English Soprano Laura Kathryn Wright came to prominence as a chorister of the year when she was just 14. She moreover is a classical and operatic singer who performed at Rugby League, The Carnegie Challenge Cup Final, The Grand National, British Grand Prix and many more.

Like her successful career, Laura Wright's personal life is also going smooth as she got married to her long-time boyfriend, Harry Rowland. Let's take a glance at the adorable couple's married relationship.

Laura Kathryn is a Married Woman; Know more about her Husband, Wedding and Married Life

Laura Kathryn tied the knot with her boyfriend of six years Harry Rowland, a personal trainer and former rugby player on 22 December 2018. 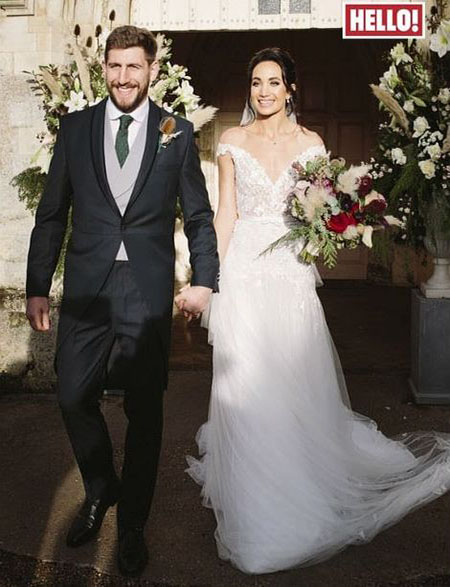 Laura walked down the aisle at St Michael’s church in Framlingham, Suffolk. The site holds a special value for her as she used to sing there when she was growing up.

The bride was looking absolutely stunning in an off-shoulder ivory gown designed by Isreali designer Alon Livne, who has designed clothes for Beyonce's The Mrs. Carter Show World Tour. The groom, on the other hand, was looking absolutely stunning in a navy blue Tuxedo. His green tie was really a homage to the Christmas which was just around the corner.

The love birds were blessed with the presence of their friends and family including television presenter Helen Skelton on their big day. The singer talked to Hello! Magazine about her winter wedding and stated the following:

"It was the most brilliant day – everything we’d hoped for. To have all of our friends and family together and making memories with us was amazing. The best thing about a Christmas wedding is that you’re starting the new year as a married couple and looking forward to the future"

The singer who has performed at the Queen Elizabeth II’s 90th birthday, however, did not sing at her own wedding as she wanted to relax and enjoy her big day. She, however, sang in the evening with a couple of her friends.

Is Laura Kathryn and Her Husband Ready to Start a Family?

The operatic singer Laura Kathryn Wright and her spouse Harry decided to start a family soon after their marriage, and the couple is now expecting their first child.

SO excited to finally be able to share with you our special news 👶🏼 Harry and I feel incredibly lucky and blessed to be meeting baby Rowland later this year, we love you so much already!!! 💓 Thank you @hellomag and @alexandra_wilby for all your support...we had so much fun on the shoot! The full interview and shoot is on sale tomorrow #pregnancyannouncement #mumtobe #pregnant #babyrowland

The singer is currently 20 weeks pregnant and joined the league of celebrities like Shay Mitchell and Blake Lively who are pregnant in 2019. She shared her happy news to the world through her interview with Hello!. She stated :

"It's such a special time of year and the whole reason we wanted a winter wedding in the first place was because we love Christmas so much, This year will be even more amazing"

Laura, who shared her pregnancy news officially on August 4, tried to hide her expanding waistline as much as possible by wearing loose-fitting dresses.

Wright, furthermore, found especially challenging to hide her tummy when she performed in Yorkshire last month for the qualifying rounds of the Invictus Games. The games are the Olympics-style event for injured members of the armed forces founded by the Duke of Sussex, Prince Harry.

Laura in fact is considered a favorite of the royals, as her song Stronger As One was cited by HM The Queen in her Commonwealth Day Message. Take a look at her amazing vocal in the clip below:

Laura also ran the London Marathon just ten days after finding out she was expecting. She is a veteran of London marathon having run already three times, knew how overwhelming that could be. She, however, said this experience was especially difficult.

PASSION // GIVEAWAY Do what you love 🖤 Its hard work and it's not always easy but there are brief moments when I'm on stage performing where I know this is exactly where I'm meant to be. 🖤 Next week I have two solo gigs @liveatzedel I'm incredibly nervous (already!) but I know pushing myself to perform challenging and new repertoire is so important so that I can grow as a performer. What's the biggest challenge you've set yourself this year? Comment below and the best response will win two tickets to my show! Link in Bio for dates. Entries close Sunday 8pm. 📸 By the uber talented @_shootthephoto