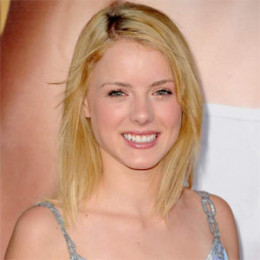 American actress, Laura Slade Wiggins is best known for her roles in the TV series and movies including Shameless, The Tomorrow People, and Rings. She is also a musician and singer who has released her album in 2012 named, Clementine EP.

Laura Slade Wiggins was born on 8th August 1988 in Athens, Georgia under the birth sign Leo.

She is American as per nationality, and as far as her ethnicity is concerned, she is White. Her parents, Kathy Wiggins and Mark Wiggins (Athens attorney) raised her along with her brother, Motie Wiggins.

Laura Slade Wiggins made her Hollywood debut in 2008 from the TV series, Not Like Everyone Else. She shared the screen with other casts including Lucas Till, Alia Shawkat, Illeana Douglas, J.D Evermore and Eric Schweig. In 2008, she debuted in the movie Dance of the Dead directed by Greg Bishop.

Wiggins appeared in many movies and TV series including Girl, Positive, Eleventh Hour, Day of the Living, Hit List, Take Flight and Hard Drive among others.

Laura Slade Wiggins, a talented actress, is not married and has no children yet. Currently, she is in a relationship with a mysterious guy; Wiggins hasn't revealed his name. They posted their picture on Instagram writing:

The post makes it clear that the couple started dating in 2014. However, they aren't married yet.

Before Wiggins' relationship with the mysterious guy, she dated the actor, James Preston in 2011.

In 2014, the couple broke up for some unknown reasons. Since then they have moved on in their life with their respective partners.

Laura Slade Wiggins, 29, stands at the height of 5 feet 2 inch (1.57m). Wiggins, who debuted from the TV series, Not Like Everyone Else has an estimated net worth of $2 million.

Her movie, Ring that made on a budget $25 million collected $83.1 million at the box office. Wiggins also earned a good amount from her Clementine EP that released in 2012.

Emma Kenney, one of the casts of Shameless earned $12 thousand per episodes in the first season. Wiggins was also one of the members of the series, meaning her salary was close to that.