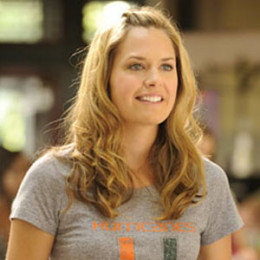 Maggie Lawson is an American actress who started to work in theatres at the mere age of 8. She got her breakthrough role in 1996 when she got cast in an American sitcom named Unhappily Ever After. Her popular series are Two and a Half Men where she portrayed the role of Mr. McMartin and as Detective Juliet O' Hara in the USA Network series, Psych.

Maggie Lawson dated actor James Roday for a while and later married actor Ben Koldyke on August 8, 2015. She filed a divorce against husband Ben in 2017.

Maggie Lawson was born Margaret Cassidy Lawson to parents Mike Lawson and Judy Lawson. She was born on August 12, 1980, in Louisville, Kentucky, US. Her mother was a homemaker while her father was a hotel manager.

She grew up in Kentucky with her two brothers Nick Lawson and Chris Lawson. Lawson played softball growing up while her brothers were into baseball. 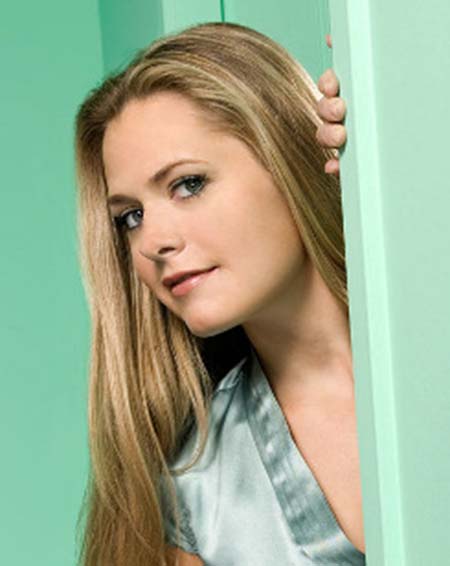 For schooling, she enrolled at Assumption High School which was an all-girls Catholic School situated in Louisville. She finished her senior year's studies in a correspondence course. Lawson then moved to Los Angeles to pursue a full-time career as an actress and a model at the mere age of 17.

Maggie Lawson started her career as a theatre artist at age 8 by performing in a local community and dinner theatre productions. She was a youth TV host on WDRB Fox 41 Kid's Club. She was cast in the American sitcom Unhappily Ever After in 1996 playing the role of Madelyn in four episodes.

The following years guest appeared in some series like Hang Time, Step by Step, Boy Meets World and Meego. In 2000, she was cast opposite Justin Timberlake in Television movie Model Behavior where she appeared in a double role. She was a series regular in the 2003 American sitcom It's All Relative where she appeared as Liz Stoddard Banks.

Lawson portrayed the role of Detective Juliet O' Hara in the USA Network series, Psych from the year 2006 to 2014. She was also cast in the movie adaptation of the series which premiered in 2017.

Her popular series are Two and a Half Men where she was cast alongside Charlie Sheen, Ashton Kutcher, Melanie Lynskey and appeared as Ms. McMartin.

In Angel From hell, she portrayed the role of Allison a recurring character played alongside Jane Lynch, Kyle Bornheimer, and Kevin Pollak. Her 2018 projects include Spivak and Santa Clarita Diet where she appeared as Christa in two episodes.

Maggie Lawson is an American actress having a net worth of $2 million. She earned her million dollar fortune by being cast in various television movies and Television series. Lawson owned a mid-century home in Oaks village which she sold to comedian-musician Tim Minchin for $2.2 million in 2014. 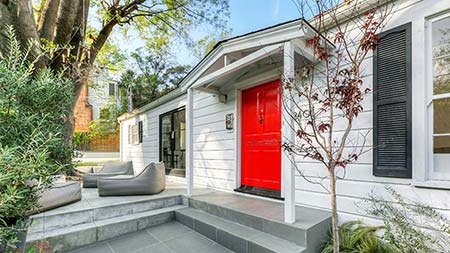 She paid $1.775 million for the house back in August 2011. The house was of 2900 square foot with eco- friendly features like synthetic glass and solar panels for heating up pool and spa. She bought a 1419 square foot ranch-style house in Bronson Canyon for which she paid $1.1 million.

Maggie Lawson got married to her Back in the Game series co-star Ben Koldyke on August 8, 2015, in her husband's family ranch in New Mexico. They had started dating in January 2014. The couple separated after 2 years in 2017.

Prior to her marriage with Ben, she was in a seven years relationship with her co-star from TV series Psych James Roday after meeting during the shooting of the movie.

After her split with former husband Ben, there aren't any rumors of her dating anyone. She believes it's better to stay single than be with someone your heart is unsure about. She is an animal lover who loves animals and works for the betterment of the animals.

Lawson is the co-founder of an animal rescue organization named Tiger Frances Foundation which is located in Los Angeles, California.

We are so excited to be a part of another super special @drunkenlotus + @eatdrinkvegan event! Join us July 15th 10:30am-12pm @blockpartyhlp Yoga, wine, aaaaaand supporting @tigerfrances Plan to stay, eat, drink & relaaaax. Tickets on sale now at drunkenlotus.com

Due to her love for dogs, she worked at the Humane Society which solely works for the betterment of dogs. She would always prefer choosing animal care as her second career option. Her hobbies are singing and songwriting which she tends to enjoy in her free time.

She states her favorite snacks are Rice Cakes and peanut butter. While her favorite actor is William Shatner. She boasts 66.8k followers on Instagram and has lots of posts of dogs and her close ones.

Maggie Lawson married co-star Ben Koldyke on August 8, 2015. Their marriage didn't last long and got divorced shortly after 2 years in 2017.