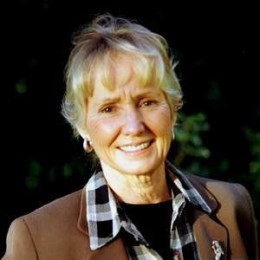 Lola Van Wagenen is an activist and historian. She is co-founder of Consumer Action, it's a non-profit educational organization. Van Wagenen received bachelor's degree from Vermont College and master's degree in Public History at New York University. Van Wagenen was an executive producer of several films, including Miss America: A Documentary Film. She explored sources of religious and philosophical thought. She received the Distinguished Alumni/Alumnae Achievement Award.

Lola Van Wagenen was born on December 1938 in Provo, Utah, the US to Mormon family. But as an adult, Wagenen has explored other sources of religious and philosophical thought. She received her bachelor's degree at Vermont College in 1982 and completed her master's degree in Public History at New York University (NYU)in 1984.

Wagenen earned her Ph.D. in American History at NYU. In 2003, her doctoral dissertation was published as a book, Sister-Wives, and Suffragists: Polygamy and the Politics of Woman Suffrage 1870-1896. She received the Distinguished Alumni/Alumnae Achievement Award in 2012 from the Graduate School of Arts and Sciences at NYU.

Wagenen co-founded Consumer Action Now (CAN), a not-for-profit educational organization in New York City and worked as co-chair for 10 years. In 1975, she developed The Sun Fund as a tool for raising awareness of energy conservation and alternative energy sources. She also established the Women’s Energy Education Project.

Wagenen cofounded Clio Visualizing History, Inc. in 1995 to bring American history to a broad public audience. She was an executive producer of two films; Lowell Thomas: The American Storyteller, The State of Marriage.

In 2011, Wagenen and her husband raised over $70,000 for earthquake recovery programs for Newzealand victims.

Lola Van Wagenen is happily married to George Burrill, the founder of the international development firm ARD on July 17, 2002, in  Shelburne, Vermont. The couple has no children.

Burrill is the Honorary Consul from New Zealand to Vermont. The duo organized a successful fundraiser for New Zealand earthquake recovery programs which netted over $70,000. In, 2012, they established the New American Scholarship Fund at Champlain College.

Previously, she married actor Robert Redford at a secret marriage location in Los Angeles in 1957. The couple officially married on September 12, 1958, in Provo, Utah. The couple shares four children, they are Amy Redford August, Scott Redford, Shauna Schlosser, and James Redford. Lola and Robert got a divorce in 1985. 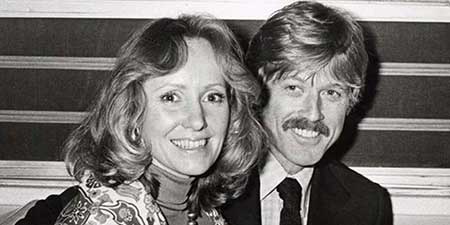 After divorcing the first wife, Redford married his longtime girlfriend Sibylle Szaggars in July 2009. The couple who have been living together since the early 90s and share a home in Sundance, Utah.

She married actor Robert Redford. They were married on September 12,1958. They got divorce on 1985. The couple had four children.

She married George Burrill, he is the founder of the international development firm ARD. They married on July 17,2002.

Amy Redford August is the first daughter of this couple. She is beautiful.

Scott Redford is the second child of this couple. They love him very much.

Shauna Schlosser is a painter and she is the third child if this couple.

James Redford is a screenwriter moreover he is the fourth child of this couple.