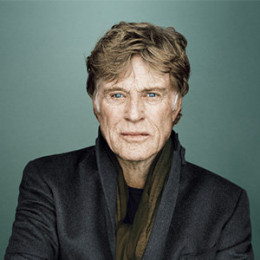 American actor, director, producer as well as a businessman and environmentalist, Robert Redford is the son of Robert Redford Martha W. (1914–55) and Charles Robert Redford, Sr. (1914–1991), a milkman-turned-accountant. He attended the University of Colorado. Redford made his screen debut in Tall Story (1960). He has appeared as a disgraced Army general sent to prison in the prison drama named 'The Last Castle' (2001), directed by Rod Lurie.

Robert Redford was previously married to Lola Van Wagenen, a producer on 12th September 1958 and divorced on 12th November 1985. The couple has four children.

Currently, he is married to his long-term partner of two decades Sibylle Szaggars, a Painter since 11th July 2009.

Robert Redford holds an estimated net worth of $170 million.

Redford graduated from the University of Colorado Boulder, Pratt Institute.

He announced his retirement from acting with his final role in The Old Man & the Gun in August. Still, he performed a cameo role in 2019's Avengers: Endgame.

Robert Redford was previously married to Lola Van Wagenen, a producer on 12th September 1958 and divorced on 12th November 1985. They shares four children.

Currently, Robert Redford is married to Sibylle Szaggars, a Painter since 11th July 2009. The couple resides in their home in Sundance, Utah.

His son James Redford, a screenwriter was born on 5th May 1962.