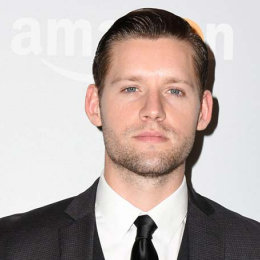 The Hollywood actor, Luke Kleintank is best known for portraying the role of Finn Abernathy on Bones in the 2015 film Max. The actor is also well recognized for his performance in Dark House, Gossip Girl, No Ordinary Family and many more.

Is Luke Kleintank Single? Know More About His Personal Life;

Luke Kleintank is possibly single at the moment. He romances with several female co-stars in screen but when it comes about reality, the actor is yet to found his lady love.

Sleepy time. Me and the new addition to my family my little niece. #10

Kleintank is a kid lover and often shares his nephew pictures on his Instagram where he garnered more than 90.7k+ followers. Moreover, he loves to spend time with his friends and family.

Luke Kleintank is winning the audience's heart since his debut in 2009 and till the date, he has appeared in several movies and TV series. The actor earns nearly $80k-$100k from TV and over $120k from movies. Taking into consideration of all his aforementioned earning his net worth isn't less than $1 million.

In 2015, Luke starred in family adventure drama film, Max along with Josh Wiggins, Mia Xitlali, Robbie Amell, the movie made $44 million at the box-office against the budget of $20 million. Furthermore, the 28-year-old actor also made a good fortune from his other public events.

Luke Kleintank was born on May 18, 1990, in Cincinnati, Ohio, the U.S. He moved to Guadalajara, Mexico with his family at the age of 2 where he resided for 3 years and learned English and Spanish. Later, he transferred in Stevensville, Maryland and spent the rest of his formative years for 12 years. 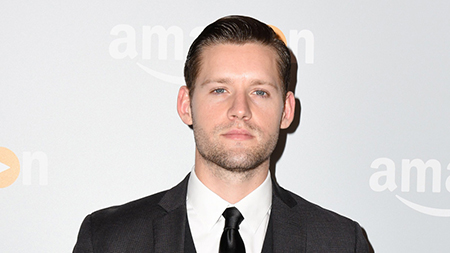 Kleintank was first introduced to acting when he was 5 by his mother. He made his TV debut in 2009 in an episode of Law & Order: Special Victims Unit. Then he featured in a number of screen roles include Gossip Girl, No Ordinary Family, Pretty Little Liars and more.