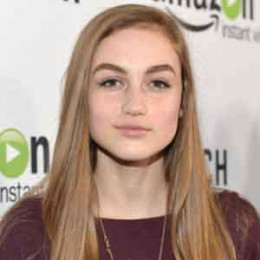 American actress, Madison Lintz is best known for portraying the role of Sophia Peletier in the AMC post-apocalyptic television drama series The Walking Dead. She started acting from the age of six and till the date she has appeared in a number of films and TV series. As of now, she is starring in the police procedural web television series, Bosch as the main lead, Maddie Bosch.

Madison Lintz's Personal Life: Is She In a relationship?

The Walking Dead star Madison Lintz is in a romantic relationship with her longtime boyfriend, Wesley Rodenstine. The duo is a high school sweetheart and lived together for a quite long time.

Back on 23 March 2018, Lintz's lover appeared on Instagram and shared the picture of the two where they celebrated two years of togetherness. Or even better, assuming the chemistry and bond between the two assures they're dating since early 2016.

That's not all, Wesley took a photo of him with Madison on the occasion of national girlfriend day on 2 August 2017. They had a wonderful date night at the Fox Theatre on December 17, 2017. As of 2019, Lintz is kindling a romance with lover Wesley Rodenstine.

Happy national girlfriend day! My day is dedicated to this gem.

How Much Is Madison Lintz Worth?

Lintz has more than 159k+ followers on her Instagram. She shares a good bonding with her sister, Mackenzie Lintz.

Lintz in 2012 also starred in the family comedy film, Parental Guidance which collected $119.8 million against the budget of $25 million. She shared the screen along with Bailee Madison, Bette Midler, Marisa Tomei, Tom Everett Scott.

Madison Lintz at the premiere of Bosch, check out the video below;

Madison Lintz was born on May 11, 1999, in Atlanta, Georgia to actress mother, Kelly Collins Lintz, and real estate father, Marc Lintz. Her birth sign is Taurus.

Lintz has three siblings; two brothers Matthew Lintz, Macsen Lintz and a sister, Mackenzie Lintz who is also an actress. She was homeschooled in 2012. 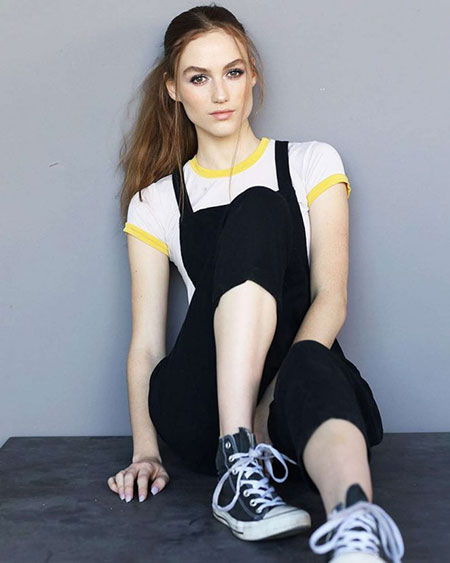 Lintz started acting since the age of 6 and has featured in a number of commercials and voice-over before making it big in acting. She debuted in acting in 2010 AMC's post-apocalyptic horror television series, The Walking Dead as Sophia Peletier. Her acting was well-received by audiences and critics and she even received Young Artist Awards nomination for her role.

Lintz then appeared in TV series, It's Supernatural as Natalia. She made her movie debut in After starring Steven Strait, Karolina Wydra, Sandra Lafferty.

Some of her screen credit includes Nashville, American Judy, Parental Guidance, Tell Me Your Name. Since 2015, she is playing the role of Maddie Bosch in web TV series, Bosch for which she earned the Young Artist Awards nomination.