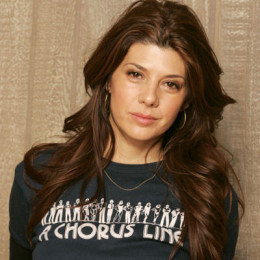 An Oscar-winning American beautiful actress and film producer, Marisa Tomei never fails to impress audiences with her grace and acting. She is the recipient of various accolades such as Oscar Awards, Golden Globe Awards, and Screen Guild Awards. The actress started her acting journey in 1984.

Marisa Tomei was born on December 4, 1964, in Brooklyn, New York, the U.S. to Adelaide "Addie" (née Bianchi), an English teacher, and Gary A. Tomei, a trial lawyer. She and her brother, actor Adam Tomie was partly raised by her paternal grandparents. Both of her parents are of Italian descent. She was raised in the Midwood neighborhood of Brooklyn.

Tomie graduated from Edward R. Murrow High School in 1982. Then she joined Andries Hudde Junior High School where she participates in a school production of How to Succeed in Business Without Really Trying. Later, she attended Boston University for a year.

Marisa Tomei started her acting journey in 1984 film, The Flamingo Kid. In 1987, she made her stage debut with the off-Broadway play Daughters, in which she played Cetta. Following several small films, Tomie rose to international fame with her comedic performance in the 1992 film My Cousin Vinny.

Tomie starred in 1992 biographical film, Chaplin. The following year, she starred in Untamed Heart along with Christian Slater for which they won  MTV Movie Award for Best Kiss. Some of her notable screen credit includes Only You, Seinfeld, The Simpsons,  Someone Like You, Factotum, Danika, Wild Hogs, After Everything, Rescue Me, Empire and others. 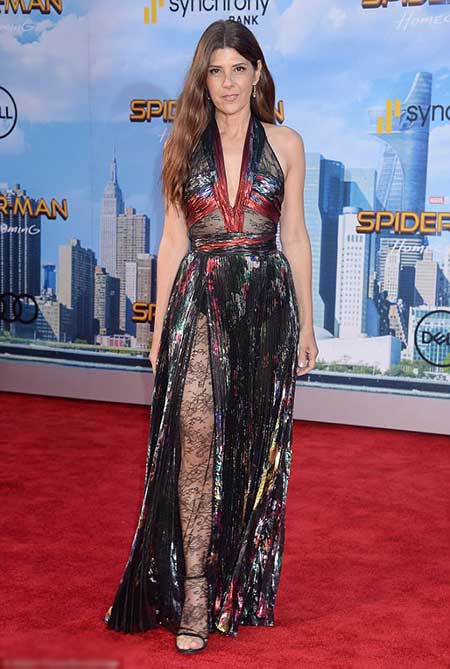 As of 2018, Marisa Tomie is busy with her two upcoming ventures Behold My heart and Spider-Man: Far From Home which is scheduled to release at the end of 2018 and 2019 respectively.

Marisa Tomei has an estimated net worth of $20 million and $43 million according to Celebrity Net Worth and The Richest respectively. She earned nearly $1 million for her appearances in movies and TV series. Tomei has various luxurious properties. She listed her double-sized Greenwich Village condo in Manhattan for $7.5 million. It is a 2300 square feet house with two bedrooms and bathrooms each.

She has delivered many hits at the box-office and some of them are enlisted below;

Marisa Tomei has never married but previously she dated many Hollywood stars. She first had a romantic relationship with actor Robert Downey Jr. The duo was together for a quite long time before their official break up. Later, she dated actor Logan Marshall-Green. The couple was together from 2008 to 2012 and they were rumored to engage but a representative for Tomei denied this.

"I'm not that big a fan of marriage as an institution, and I don't know why women need to have children to be seen as complete human beings."

Of the sea, by the sea... #motherland

She is living a happy single life and focusing on her career. Tomie has a tattoo on the right foot and features an Egyptian symbol. In 2009, she named one of the Most Beautiful People Alive by People Magazines. She holds both United States and Italian citizenship.

As for her social media handles she has around 491.6k followers on Instagram and 95.1k on Twitter.