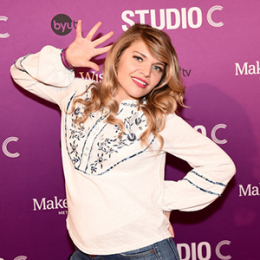 Mallory Everton is one of the talented comedians who rose to fame after she started working in the television sketch comedy program called Studio C. Her videos from Studio C gathered millions of views.

Mallory Everton is successful in winning the hearts of millions of fans from her amazing acting skills. But has she found someone who won her heart?

Everton is neither married nor dating anyone as of 2019. The star is more to her career rather than involving in any relationships. She is very hardworking and ambitious, which might be the reason for her being single.

Previously, the star was rumored to be dating her co-star Matthew Meese and revealed that they are not more than just friends. Though the couple denied the rumors, their fans still believe that something's going on between them. 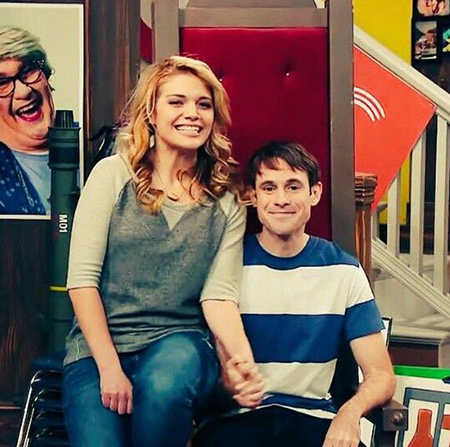 Mallory Everton is hanging out with her co-star Matt Meese from Studio C. SOURCE: Pinterest

Everton is a fun-loving person who loves music & traveling and enjoys distance running. She is the kind of person whom no one can keep away from carrying out a dare save divine intervention. Moreover, Mallory has some weird wishes like if she was a superhero, she’d pee in her pants every morning out of sheer pleasure with herself, and if she was a gremlin, she’d forget all the rules, eat after midnight, and go swimming ’til the sun came up.' 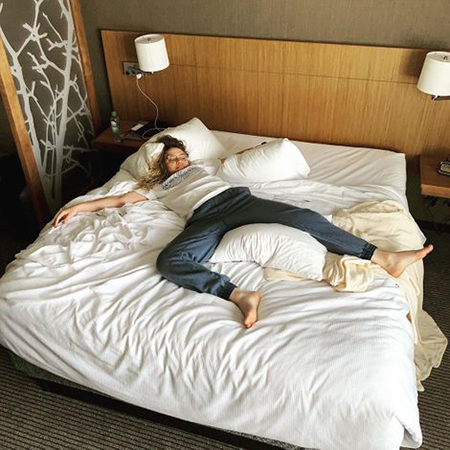 The talented comedian moreover is active on social media and has a great fan following. As of 2019, her Instagram and Twitter account has more than 68.3k and 14.1k followers, respectively.

Everton, who grew up with her six siblings, was interested in entertainment fields from an early age but initially struggled with stage fright. From early age, she used to watch Saturday Night Live, Dumb and Dumber, and Tommy Boy which later became her inspiration.

Also See: How Much Is Sebastian Arcelus' Net Worth?

The star gave an audition for BYU's Divine Comedy at the age of 19 and a year later after she went to see her best friend, Whitney auditioning for Divine. When it comes to her first audition, she described it as ''silly.'' She told,

'My mom and I built a fat suit together, and I did a Latin Plus-Size Dance instructor routine. It ended with me stopping the warm-up dance to eat some Oreos.''

Everton then started portraying several roles in the television sketch comedy program called Studio C with Whitney Call, Jason Gray, and Natalie Madsen. She not only acts but also writes, directs, and edits the comedy sketches. The videos get millions of views on YouTube. Along with Studio C, she is also working in JK! Studios currently.

Check out one of her the video from Studio C:

Mallory Everton is a comedian by profession. The star is active in the field for years and undoubtedly making a good net worth.

Comedian Has An Impressive Earning

Everton has the net worth of around $500 Thousand. Her primary income source is her career as a comedian. Moreover, an American comedian makes an average salary of $15 thousand to $50 thousand. Similarly, a scriptwriter earns around $24.7 thousand to $107 thousand. A director further makes $92,220 thousand, whereas an actress salary is $150 Thousand to $1 million. 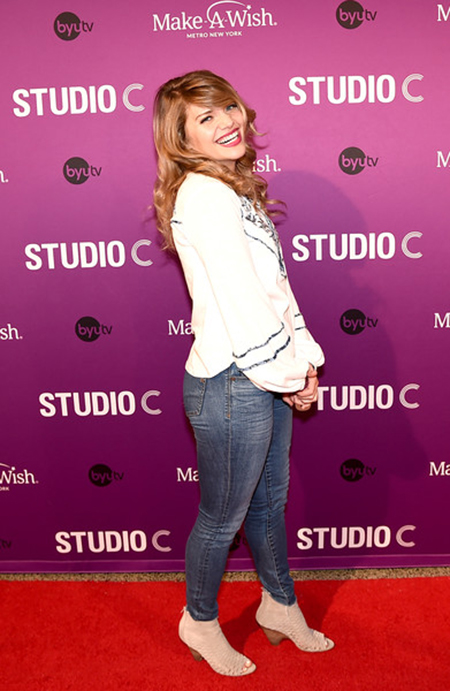 Mallory Everton at an event of Studio C. SOURCE: Zimbio