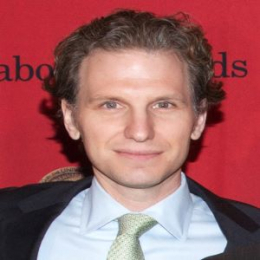 Sebastian Arcelus is a well-known actor in both broadways and Hollywood. He is part of many sucessful movies and television. At present, he is garnering a lot of praise for his role of 'Jay Whitman' in CBS TV Series 'Madam Secretary'.

"The Deuce" famed actor Sebastian Arcelus has a sucessful professional career but what about his personal life. Is his romantic life as stable as his acting career?

The actor married his fellow co-star

Sebastian Arcelus is happily married to actress Stephanie J. Block since 2007. The wedding was an intimate affair held on 25th October among their closed ones. After tying the Knot, on that night they were together on the stage as a married couple. 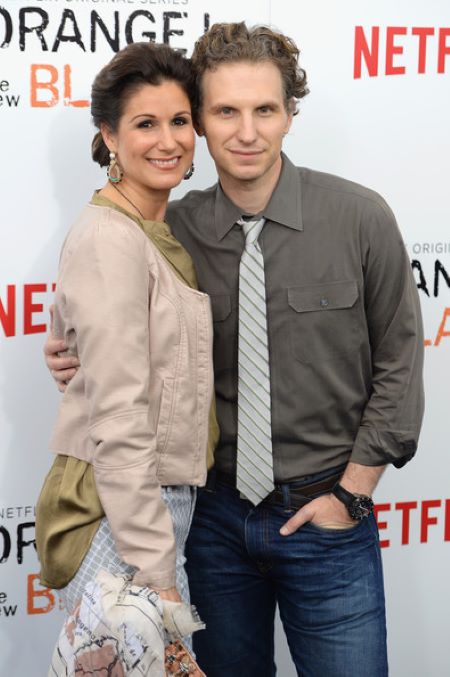 The actor first met his future wife in 2006 when he was in a national tour of play "Wicked".  He was playing the character of Fiyero, and Stephanie was playing Elphaba.

The role of Stephanie ended early in the tour thus she left early; however, Arcelus has already developed feelings for her so he continuedly remained in touch with Block.

Turns out, the broadway actress was equally interested in her fellow actor, Sebastian. Thus, they began dating and maintained a long-distance relationship.  After six months of dating, they got engaged, and a year later they tied the Knot.

Since both are from theatre, many fans were worried that the competitiveness among one another might affects their relationship. However, Sebastian eased the fear and clearly stated that there is no competition among them. Infact, he will happily and openly support her in everything his wife does. 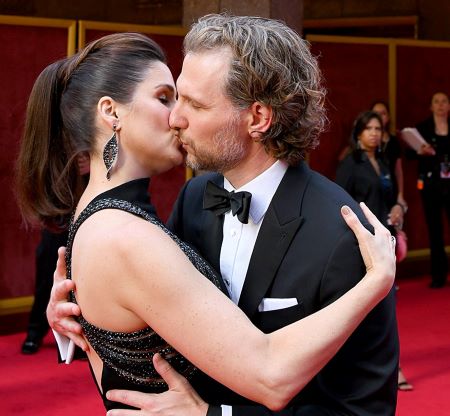 Sebastian kissing his wife at the red carpet event of Tony Awards 2019.

The couple is now together for over a decade and the love between them is stronger than ever. Furthermore, the pair is not afraid to show their fondness for one another to the Public. They are regularly captured kissing in the red carpet events.

The Talented Couple passed on their Genes to a new generation.

Sebastian along with his spouse welcomed a daughter Vivienne Helena Arcelus on January 19, 2015. After birth, the proud mother shared a loving picture in her twitter account.

Stephanie broke the news of her pregnancy during an interview on Sirius XM on 04 August  2014. Furthermore, Arcelus did not attend the Golden Globe Awards Ceremony in 2014 to stay with his wife. She was in her last trimester and were expecting the arrival of their baby soon. 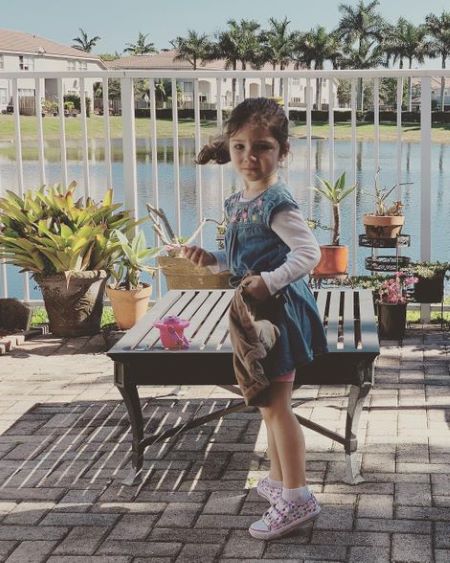 The couple's baby girl is now four years old. They are bringing up her in a suburban place with the community filled with broadways actors. The actor mentioned that Vivienne is yet to realize that she is a celebrity kid with two sucessful parents. Instead, she thinks that they are just theatre nerds.

The actor is an Open Book

Sebastian is like an open book and readily shares the details of his personal life. He furthermore is active in social media sites such as Twiter and Instagram.

The star shares professional and private pictures on his online sites which help him bring close to his fans. His candid behavior furthermore is helping him gain followers. His Instagram account sebastian_arcelus has 11 thousand followers, and his Twitter account has 8, 809 followers.

Sebastian consits of noble blood from his mother's side. His maternal grandfather was Ruggero Farace, a Marchese di Villaforesta. Similarly, his maternal mother was Princess Catherine Ivanovna, who was the daughter of Prince John Konstantinovich of Russia and Princess Helen of Yugoslavia. Because of his royal bloodline, he is distantly in the line of succession to the British throne.

The 42-year-old Sebastian Arcelus is a versatile actor who shows off his acting chops in different mediums such as television, films, and theatre. He accumulated a substantial net worth from his acting career. 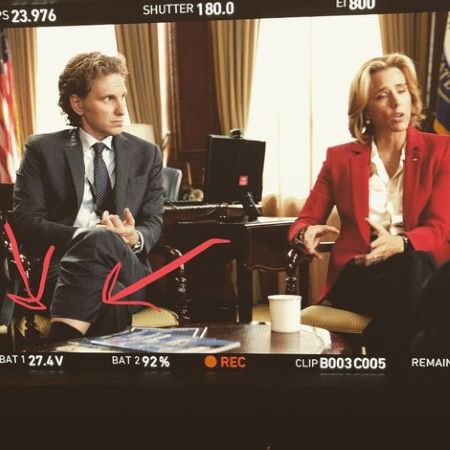 Arcelus is a Millionaire with several Sucessful Films under his Belt

The veteran actor is working in the entertainment industry for over two decades and holds an overall net-worth of $3 million. In his long career, he worked with A-List actors such as James McAvoy, Amanda Seyfried, and Mark Wahlberg in many sucessful movies. Some of his highest grosser are listed below:

Arcelus is a household name

The actor quickly became a household name thanks to his appears in many highly rated television shows. He gained the attention of the television audience when he played the character of Lucas Goodwin in Netflix's "House of Cards".

The actor at present is gaining further spotlight because of his character of Jay Whitman on the CBS drama "Madam Secretary". In the show, he shares the screen with actors such as Sara Ramirez, Chris Petrovski and Erich Bergen.

Arcelus is a Sucessful Broadway Actor

He started his career from Broadway and is part of many shows such a "Rent", "Good Vibrations", "Jersey Boys" and "A time to kill". The average salary of a broadway actor is $2,034 a week.

Check out the broadway actor's singing ability in the video clip below. He is joined by fellow Broadway actor and his wife Stephanie.

Arcelus has given Voice to many Animations

Arcelus has extensively worked as a voice actor as well. He has given voice to animation shows such as "Gokusen", "Pokemon: Destiny Deoxys", and "Yu-Gi-Oh! Zexal".

The average hourly pay of voice actors is $23.50; however, the price can rise to $297/hr depending on a budget of production and popularity of the actor.

The actor's Wife is a high Earning professional as well

The star life partner Stephanie J. Block is an American actress and singer who mostly works in Broadway shows. In Broadway, the salary of an actor is $2,034 per week, whereas an actor in movies earns $19.1 thousand -$155 thousand a year.

As mentioned above Sebastian and his spouse are high earners. The power couple with their wealth and status support charities such as Covenant House. 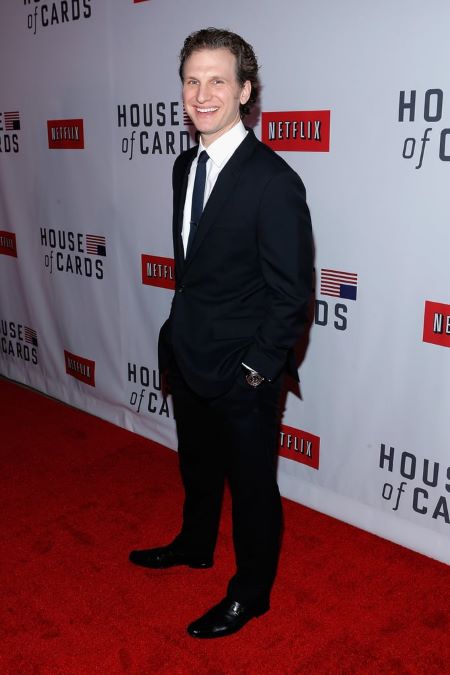 Stephanie J. Block is a Broadway actress. She and Sebastian met at the tour of the Broadway play Wicked.

Vivienne Helena Arcelus is the daughter of two broadway actors, Stephanie J. Block and Sebastian. She has no siblings as of yet.