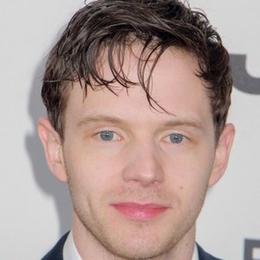 Mark O'Brien is a celebrated actor in Hollywood who gained millions of following through his versatile acting. He is currently in spotlight because of his movie "Ready or Not".

Mark O'Brien is a rising name in Hollywood with sucessful movies under his belt. So, it is natural to be curious about the other aspects of his life, including his Personal Life. Is the handsome hunk taken or still single?

The handsome hunk Mark O' Brien is off the market. He is happily married to fellow actress Georgina Reilly since January 6, 2013. The wedding took place at the Drake Hotel in Toronto, Canada.

Georgina chose a strapless fitting gown for the big occasion, and the groom Mark opted for a classic black tuxedo. They exchanged vows in attendance of their close friends and family. 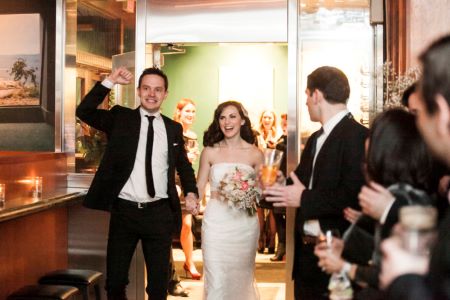 Well, the couple first met on the set of TV series "Republic of Doyle" in 2011. She was only a guest starrer in the series, so she was available in the set for few days only. However, the sparks flew between them at their first meeting only and began to date soon afterward.

The couple got engaged, after a year of dating in 2012. Mark popped the question to her during their trip to New York. Georgina was surprised by the proposal; however, Mark was planning it for the past two months. He even asked the blessing of Georgina's parents before the proposal.

Listen to their proposal story in detail in the video below:

The couple is now together for over seven years, and the bond between them is only getting stronger. Furthermore, they are not only life partners but also work partners as well.

Recently they shared the screen in the crime drama "City on a Hill". Mark talked about his experience of working with his wife and stated:

"She's my favorite actress and my best friend. Any chance to spend more time with her, I'll take it. She's incredible in this role. I admire her and look up to her for her work ethic and positivity and talent. When people meet her, they're always confused why she's lowered herself by being with me! I'm confused too!"

Also, the actor can't stop gushing himself to praise his wife in a personal and professional level.

Mark O'Brien and his wife is a proud parent to a daughter Penelope Florence O’Brien, who was born on November 2017. Mark shared a heartfelt post after the birth of his child.

Welcome to the world Penelope Florence O’Brien. We are bursting with love for you!! It’s all so perfectly overwhelming. But more than anything, i can’t help but still find myself in awe over my wife, Georgina. Since the day I met her, I was in love. But never in my life have I witnessed such courage, strength, determination and grace. I can’t thank her enough for working so hard for Penelope and our family. Pregnancy, labor and delivery are a wild ride. Women are incredible. And I have two of the best. #penelopeflorence

Unlike some celebrity, who are hesitant to expose their child to media, Mark and his wife often share pictures of their daughters on social media sites. They mostly share candid pictures with their child, which makes them even more genuine and relatable. 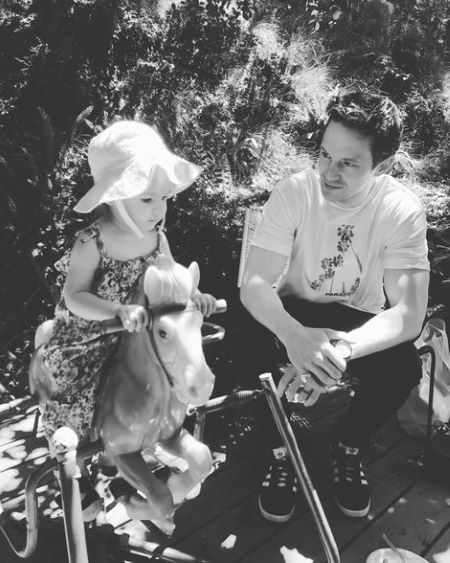 Mark O'Brien with his daughter Penelope.

Mark O'Brien is pretty obsessed with the movies. In his free time, he likes writing movie scripts, watching films, read film books or listen to interviews about the film.

The star furthermore loves to stay at home and do mundane home stuff or watch hockey. He hates flying and airports. So, he is not much of a traveler.

Mark O'Brien is an actor, director, producer, and actor. He accumulated a considerable net-worth from his profession.

Mark O 'Brien overall net worth is $750 thousand -$1.2 million. He made a large portion of his wealth from his acting career. He started his career in his native country, Canada, and worked in many movies and television. On average, a Canadian actor earns $30 thousand-$130 thousand.

The young actor, however, gained a lot of popularity when he played the role of Des Courtney in the TV series "Republic of Doyle". He worked in the series for over four years and became a household name in Canada. With the gained popularity, he moved to the USA to further his career.

The gamble of relocating worked for him as she gained prominent roles in the big blockbusters movies. He played the character of Captain Marks in Academy Award-nominated movie "Arrival" which starred Amy Adams and Jeremy Renner. The film earned $203.4 million against the budget of $47 million.

Mark, in addition to that, also played significant roles in high profile TV series such as "Hannibal" and "Murdoch Mysteries".

The actor at present is gaining a lot of attention for his movie "Ready or Not". which stars Samara Weaving and Henry Czerny. The film released on August 21, 2019, and is already gained $10.6 million against the budget of $6 million.

Mark, furthermore is appreciated for his role of Jimmy Ryan in TV series "City on a hill". The crime drama series which is produced by actors Ben Affleck and Matt Damon and is renewed for the second season.

Mark is a multi-talented person who not only can act but write and direct as well. He has directed many short films up to now and is planning to release his first feature film in 2019. On average, a director in Hollywood earns $80,358 per year. 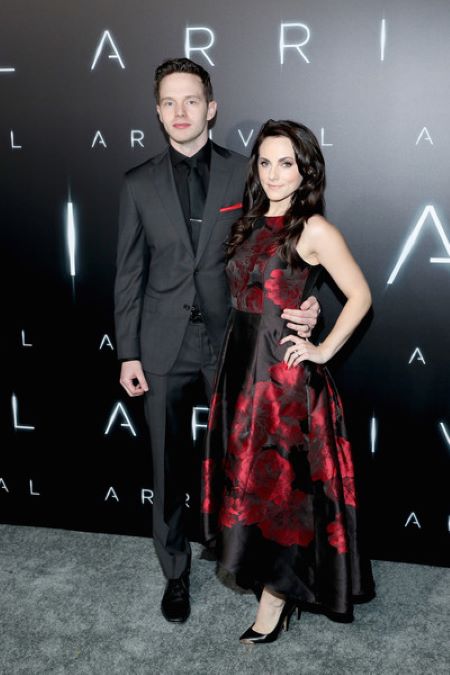 Mark O'Brien with his wife Claudia at an event. SOURCE: Zimbio

Georgina Reilly and Mark O' Brien first met on a set of a television series. They dated for a year and got engaged in New York.

Mark and his wife welcomed their first child on 2017. They regularly post sweet pictures of her on Instagram.