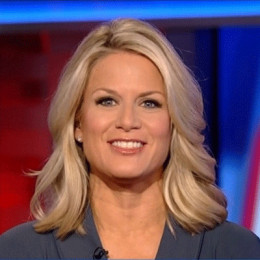 Martha Bowes MacCallum is an American news anchor. She works for the Fox News Channel as a news anchor. She also co-hosts America’s Newsroom. She completed her graduation from Ramapo High School. Professionally she started her career as a reporter for Corporate Finance. She used to work as a reporter in CNBC before starting her career on big screen. Later on, she joined Fox News Channel. There is no any information about her parents. Her estimated net worth is about $8 million.

Martha MacCallum was born on January 31, 1964, in Wyckoff, New Jersey, U.S. She is the daughter of Douglas C. MacCallum Jr. and Elizabeth B. MacCallum, Martha Bowes MacCallum was brought up in her hometown.

Martha attends the Ramapo High School and obtained her bachelor's degree in Political Science from St. Lawrence University. She also studied at the Circle in the Square Theatre School and founded the Miranda Theater Company in New York.

At first, she used to work as a waitress and later served as  an associate in corporate relations at Dow Jones & Company

In 1996, she moved to WBIS-TV and served as an anchor and reporter. She then called on the CNBC Channel. She created the series, "Inside the Business," for Business Center, a former CNBC show.

Night 6 on the roof here in beautiful #DC. With @edhenrytv, coming up next! #thestory

In 2017, she was announced as the host for The First 100 Days on Fox News Channel, which debuted January 9. Later, on April 28, the show was rebranded as "The Story with Martha MacCallum."

Martha is a two-time recipient of the Gracie Award for Women in Journalism. She interviewed some of the famous faces including John McCain, Chris Christie, Laura Bush, David Petraeus, Barack Obama, and others.

Martha is a married woman. She tied the knot to Daniel John Gregory on August 22, 1992, in a private ceremony in presence of their closed ones and family members.

She met her future husband for the first time at a wedding. He was attracted to MacCallum at first sight and asked her to dance even though he attended the event with someone else. 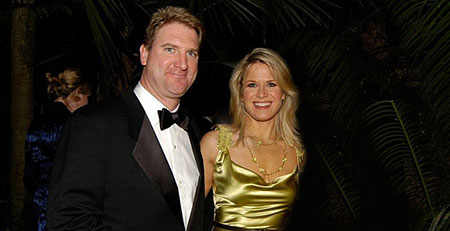 They spent their first date with Godfather 3 and John's Pizza in NYC.

Her husband is a vice president of Gregory Packaging Incorporation. She has three children; a daughter named Elizabeth Bowes Gregory and two sons Edward Reed Gregory and Harry MacCallum Gregory. Her daughter Elizabeth is named after her mother.

She is happily living with her husband and her family. During an interview, she mentioned that she loves to watch The Bachelor with her son together.

McCallum loves her family very much and loves to spend her time with them. There are no rumors about her getting divorced. There is no information about her dating or any other relationships in the past or present.

However, there was once a rumor that Martha was having an affair with another guy and she would be separated from her husband. But later on, the couple denied the veracity of the rumor and stated that there is no marital problem.

Currently, Martha is living a blissful married life with his husband and kids in Ridgewood, New Jersey.

Beautiful roses from my Valentine of 25 years! #loveyou!

She celebrated Valentine's Day with her love of 25 years. She shared an image of a beautiful rose received from her husband and mentioned how much she loves him.

The stunning journalist has an impressive net worth of $8 million and a salary of $700 thousand. Her beautiful house in Chatham Massachusetts, on the elbow of Cape Cod, was on the market in 2014.

She is married to Daniel John Gregory. Her husband is the vice president of Gregory Packaging Incorporation. She is happily living with her husband.

She has three children. Her second child is a baby boy from her husband but his name is unknown.

Her third child was born in 2001 from her husband. There is no more information about her child.

Her first child is a daughter from her husband. But there is no any further information about her daughter.