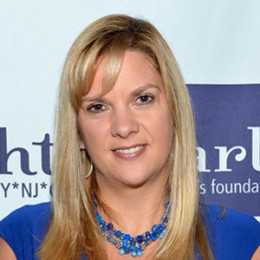 Melissa Gisoni is well known for participating in the series ‘Dance Moms’ with her two daughters, Maddie and Mackenzie. She is famous for her role in Famewhore series.

The Television reality star married twice in her life. Melissa was previously married to her first husband Kurt Ziegler in 2000.

The couples blessed with two daughters namely Maddie Ziegler and Mackenzie Ziegler. Their first daughter Maddie is an actress whereas, Mackenzie is a dancer.

They ran a mortgage company called Custom Mortgages, Inc. Due to the bankruptcy of their company and some misunderstanding between them, she filed a divorce on divorce on 7th December 2010. The divorce was finalized on June 15, 2011. Following the separation, Melissa won the custody of her two daughters.

After that, she married Greg Gisoni, the Vice President of Westinghouse Electric Company on July 19, 2013. The couple shares no children together but she has a stepson, Mathew Gisoni, and a stepdaughter, Michele Gisoni from her husband Greg previous marriage.

Melissa Gisoni has an estimated net worth of $2.8 million dollars. Besides her acting and dancing profession, she also works for Westinghouse Electric Company which is the main source of her revenue.

Currently, Melissa lives with her husband Greg Gissoni and daughters in their luxurious house in Pennsylvania.

When it comes to her daughters, they make a good fortune from their respective career.

Melissa Gisoni was born as Melissa Gisoni Missy on 13 June 1968 in New York City, New York, United States. She holds an American nationality and belongs from mixed (Polish, German and Italian) ethnic background. She regrets not having completed her education due to her family condition, but always had a wish to make daughters complete their graduation.

Melissa began her career after opening a dance studio in her house and employed a dance teacher to continue with the dance classes. Later on, she appeared in Todrick Hall’s music video Freak Like Me and Ease on Down the Boulevard. Moreover, she played in the TV series The 47th Floor and Famewhore through she received a huge name and fame in the TV fraternity.

Nodoubtly, her fame rose up after she and her 2 daughters appeared in the reality series Dance Moms in 2011. Melissa appeared in Dance Moms TV reality show from Season 1 to Season 6. During the show, she became good friends with Abby Lee Miller, owner of the Abby Lee Dance Company.

Melissa Gisoni stands with a perfect height of 5 feet 4 inches (1.6 m) and weighs around 58 kg. She has sparkling eyes with a pretty face. Her blonde hair completed her beautiful blue eyes.

Kurt Ziegler is the father of a famous dancer Maddie Ziegler and Mackenzie Ziegler. He is ex-husband of Melissa Gisoni.

Greg Gisoni is the husband of famous actress and dancer Melissa Gisoni. He is the biological father of Michele Gisoni and Mathew Gisoni.

Madison Nicole Ziegler is the daughter of Melissa Gisoni and known for appearing in Lifetime's reality show Dance Moms from 2011 until 2016.

Mackenzie Frances Ziegler is the daughter of Melissa Gisoni and known for appearing in Lifetime's reality show Dance Moms from 2011 until 2016.