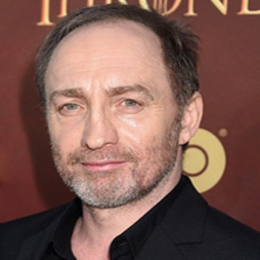 Highly prominent for his portrayal as Roose Bolton in Game of Thrones, Michael McElhatton is one of the few gifted actors from Ireland.

Irish actor Michael McElhatton played Roose Bolton, one the antagonists in the HBO's hit series; Game of Thrones, based on the book by George Martin. His acting was undoubtedly sheer at its best. In the series, Bolton aka McElhatton was espoused to onscreen wife, Waldo Bolton, portrayed by Elizabeth Webster. But, who is he married to in real life?

Unfortunately, Michael McElhatton prefers to remain strictly uptight to speak of his personal life in public. As there hasn't been any rumors and known record of the actor's dating and marital relationship, it's hard to address anything that concerns on the matter. 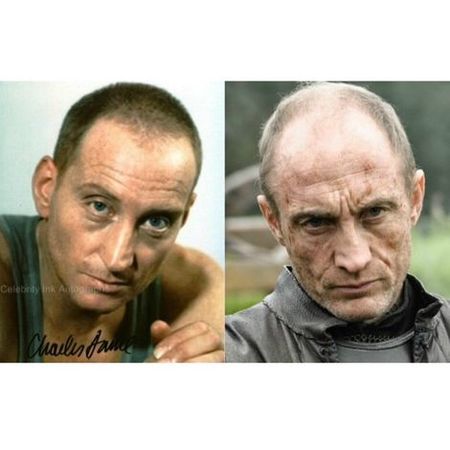 Michael McElhatton Before and After. SOURCE: Instagram (GOT Insider)

Considering his age and as per some reports, McElhatton is most speculated to be married. However, there's no strong evidence to support the hypothesis either.

Although Mr. McElhatton is highly known from Game of Thrones, the actor has been credited to several other films and tv series. Most of the actors on GOT including Lena Headey, Emilia Clarke, Kit Harington legitimately made $1 million per episode earning $7 million in total for the final season.

Well, what about Michael and the rest of the casts?

Before landing on his role for GOT, Michael appeared in other several tv series since his debut as an actor in the short film, The Loser in 1990 before he appeared on the main role of November Afternoon after six years. 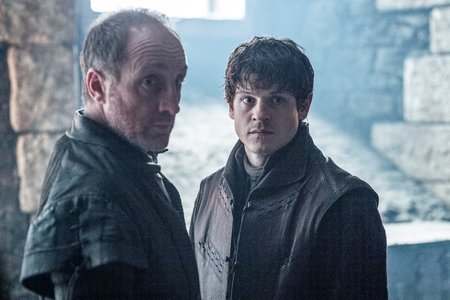 Michael McElhatton in the disguise of Roose Bolton. SOURCE: Game of Thrones Twitter

The star then went on to appear in more short films and tv series, some of them which were even nominated for the Academy Award, such as Pentecost, To The Mountain, Saltwater, Blow Dry, The Actors, Intermission, Spin the Bottle, The Tiger's Tail, Fifty Dead Men Walking, Happy Ever After, Mammal, The Zookeeper's Wife, The Foreigner, and Justice League among others.

The versatile actor who is also known for his deep voice lent his voice to other projects such as The Food Guide To Love, The Legend of Longwood, God's Early Work, Ape, and Norm of the North.

As for his contribution to tv series, McElhatton also appeared in Ballyseedy, Vicious Circle, The Ambassador, Paths To Freedom, Fergus's Wedding, Your Bad Self, New Worlds, The Ice Cream Girls, The Rook, The Genius, Chernobyl and Zen, to name a few.

Actors in the UK usually earn in the range of $100-10000 on the minimum for their work. Although his net worth is not disclosed to the public yet, he made an impressive earning. In 2017, it was revealed Clarke and Harrington made $500,000 per episode whilst Sophie Turner and Maisie Williams made $175,000 per episode.

Whilst the other cast's salary is yet to be disclosed in detail yet, actors including MiElhatton are estimated to have been paid anywhere from $30,000-$300,000.