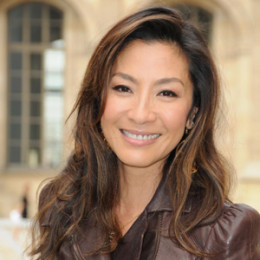 Michelle Yeoh Choo-Kheng, recognized as Michelle Yeoh, is a Malaysian actress who came to limelight after she started performing her own stunt in a series of popular Hong Kong action movies in the early 1990s. She is also known for her acting in the films including, Crouching Tiger, Hidden Dragon, Reign of Assassins and so on. She is the winner of the Miss Malaysia beauty pageant.

Michelle Yeoh is engaged to her longtime partner, Jean Todt in 2008. She confirmed her engagement during an interview with Craig Ferguson on CBS’s The Late Late Show.

Though the couple is engaged, they are yet to marry. Moreover, they started dating in 2004 and still going stronger. 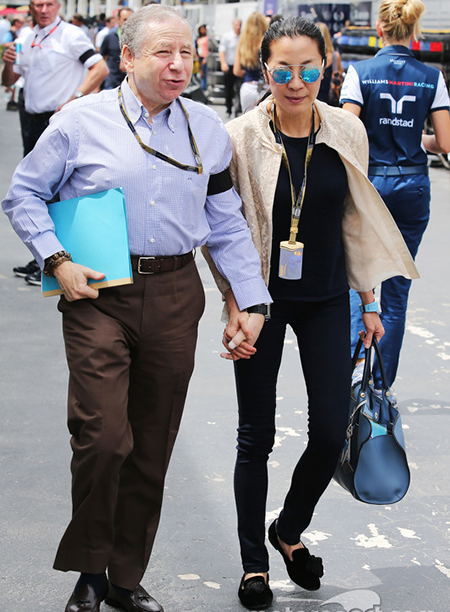 Previously, Yeoh was married to Dickson Poon as the couple exchanged their vows in an intimate ceremony in February 1988. Her ex-spouse Dickson Poon is an owner of a business like Harvey Nichols and Charles Jourdan. Soon after marriage, Yeoh left her job as an actress in order to take care of her husband and become a full-time housewife.

Unfortunately, the marriage didn’t last long and the husband and wife divorced in 1992 citing irreconcilable differences. The couple doesn't share any children. After the divorce, she entered the world of entertainment and made a big name for herself.

Following her split from Poon, Last Christmas actress got engaged to Alan Heldman, an American cardiologist in 1998. Even her relationship with Heldman could not last long. They end up shortly citing irreconcilable differences.

She is involved in some of the non-profit organizations and is a patron of Save China’s Tigers project to protect the endangered South China Tiger and has visited Vietnam to film a documentary for the Asian Injury Prevention Foundation (AIPE).

Michelle Yeoh is one of the richest James Bond Girls like Halle Berry and Denise Richards, who has earned a lucrative amount of net worth of $40 million. Her source of income includes acting, voice acting, and modeling.

Currently, she lives in a lavish Golden Beach bungalow which consists of a big yard and swimming pool. She is also passionate about cars and has a collection, her favorite one is Ferrari 612 Scarlatti.

You May Also Visit Marriedwiki.com/wiki!!!!

Yeoh began her career in acting from the action-comedy movie, The Owl vs Bombo directed and starred by Sammon Hung along with George Lam, Deanie Ip and so on. The following year, she shared the screen with Jackie Chan in the martial art action comedy movie, Twinkle, Twinkle Lucky Stars and in Hong Kong action movie, Yes, Madam for which she was nominated for Hong Kong Film Award for Best New Performer.

For the second time, she shared the screen with Jackie Chan in the Hong Kong comedy movie, Police Story 3: Super Cop which earned the box office collection of $16.2 million. Later, she also made her appearance in movies such as The Heroic Trio, Holy Weapon, The Soong Sisters, Tomorrow Never Dies and much more.

Her role Yu Shu Lien in the martial art movie, Crouching Tiger, Hidden Dragon made her nominated for different awards such as TFCA Award, Saturn Award, BAFTA Film Award, Golden Horse Award, Hong Kong Film Award and VFCC Award but failed to receive any of them.

She also starred in the prequel to the Crouching Tiger, Hidden Dragon: Sword of Destiny released in 2016. She played the role of Yu Shu Lien opposite Donnie Yen in the movie.

Apart from acting, she has given her voice in the 3D American computer-animated comedy-drama martial art movie, Kung Fu Panda 2 where she voiced the sound of Soothsayer. She had a cameo appearance of Aleta Ogord in the American superhero movie, Guardians of the Galaxy Vol.2 which earned the box office collection of $863.4 million.

Moreover, she has appeared in a few of the TV series including Strike Back, Marco Polo, and Stark Terk: Discovery. Also, she has given her voice for Zi Juan in the video game, The Mummy: Tomb of the Dragon Emperor. Her upcoming flick movie is Mawas and Crazy Rich Asians.

Michelle Yeoh was a member of the jury at the 49th Berlin International Film Festival. She received her first award Darjah Datuk Padika Mahkota Perak (DPMP) on 19th April 2001 which carried the title Dato by Sultan Azlan Shah, the Sultan of Perak, in recognition of the fame she brought to the state.

She also received different awards including French President Jacques Chirac, Panglima Setia Mahkota (PSM) and a special award for her contribution to Malaysian cinema at the Malaysian Film Festival (FFM 24).

Michelle Yeoh was born on 6th August 1962 in Ipoh, Malaysia to the Chinese ethnicity family of mixed Cantonese and Hokkien descent. Her mother Janet Yeoh was a housewife whereas her father Yeoh Kian Teik was a lawyer and MCA politician. She follows Buddhism.

From childhood, she was interested in dancing and began taking ballet at the age of 4. At the age of 15, she along with her parents moved to the United Kingdom and there she studied at boarding school. Later, she joined the Royal Academy of Dance, London majoring in ballet.

After she had a spinal injury, she had to give up on her dream to be a professional ballet dancer. After the incident, she transferred her attention to choreography and other arts. She completed her degree in Creative Arts with a minor in Drama.

Michelle Yeoh was first married to Dickson Poon in 1988. Dickson is a Hong Kong businessman in the luxury goods retailing sector. He is also an executive chairman of his Hong Kong-listed company Dickson Concepts (DCIL) which owns companies including Harvey Nichols and S. T. Dupont.