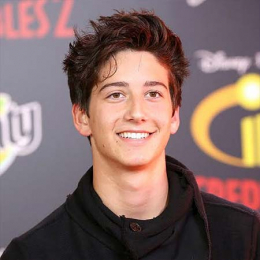 American actor, Milo Manheim came to prominence after starring as Zed in the 2018 Disney Channel Original Movie "Zombies". He made his acting debut at the age of six while working with a theatre group, ‘Liza Monjauze Productions' and since then he is ruling the audience's heart.

American actor, Milo Manheim came to prominence after starring as Zed in the 2018 Disney Channel Original Movie "Zombies". He made his acting debut at the age of six while working with a theatre group, ‘Liza Monjauze Productions' and since then he is ruling the audience's heart.

Milo Manheim is possibly single as of now. The young actor seems focused on his career as he is out of any relationships. Though he's out of dating rumors now, he was previously in a relationship with Instagram star and model Holiday Mia Kriegel.

Milo started dating a championed Equestrian Holiday back in February 2018. The love birds were spotted together enjoying prom, date nights as well as in the premieres of movies. Furthermore, the duo also starred together in the musical, Chicago, American theatre, as Velma Kelly and Billy Flynn.

The former couple split in just after dating for a few months in October 2018. As for their breakup reason, both decided to keep their mouth shut.

the other snack that smiles back

Milo was recently rumored to be dating Dancing With the Stars participant Alexis Ren as they were spotted together holding hands in Coachella. They even posted each other's photos on Instagram. However, neither Milo nor Alexis have said a word about the photos.

The rising American actor is reportedly dating his Zombies co-star Meg Donnelly. News swirled all over media after he shared a cozy picture of himself with Donnelly through Instagram on March 7, 2019.

They met at the premiere of Disney Channel's Adventure Horror series, Zombies. Since then they relish one another's company and show their interest towards each other through social media.

How much is the Net Worth of Milo Manheim? Know about his Earnings, Salary

Milo is an active Instagram user with 1.2 million followers where he posts many personal, professional and promotional posts. Further, he earns over $2,484-$4,140 per post from the Instagram account. He also garners money through his endorsement deals with Spotify and Disney now App.

Milo Manheim was born on March 6, 2001, in Venice, Los Angeles to father, former model Jeffrey Brezovar and mother, popular TV actress Camryn Manheim. He is an American native having a white ethnic background. His birth sign is Pisces. 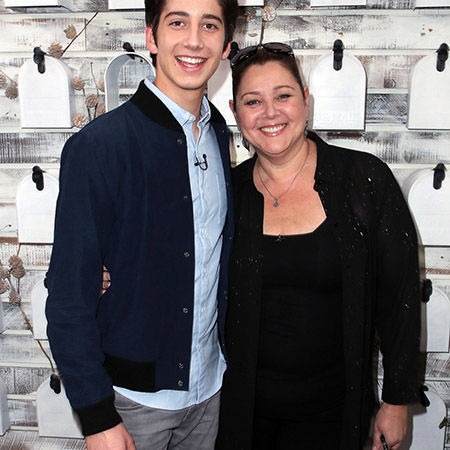 The 18 years old actor attended Crossroads School. He is a graduate but detail information about his education is yet to reveal. Apart from acting and dancing, he also plays drums, guitar, piano, and even a ukulele. His hobbies include playing soccer, volleyball, and skiing.

Milo started his acting journey as a child artist. He is also known for performance in the musical, Generation Me for which he even received the Best Leading Actor Award. Besides that, he secured second place on season 27 of the dancing reality show, ‘Dancing with the Stars' with his dance partner Witney Carson.