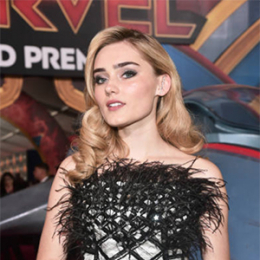 Famous for the role of Ash in Netflix's TV series, Team Toon, Meg Donnelly is currently working in the TV series, American Housewife since 2016. The star is active in the industry for years and has earned a good net worth and salary.

Meg Donnelly is busy in building her career rather than involving in any serious relationships. The star is ambitious and hardworking, which is the reason for her being more focused on her career.

Donnelly is currently rumored to be dating American actor Milo Manheim. He is the son of famous actress Camryn Manheim and her husband, Jeffrey Brezovar.

The rumor started to swirl after Milo posted a picture of them hugging and kissing. On top of that, the actor even mentioned her as his baby in the caption: ''MY BABYYY 19!!! You already know how lucky I am to have you in my life. Every day I’m so grateful we had to do 5000 chem reads for zombies cuz there is nobody else I could’ve imagined going on this crazy adventure with - shmoo.'' 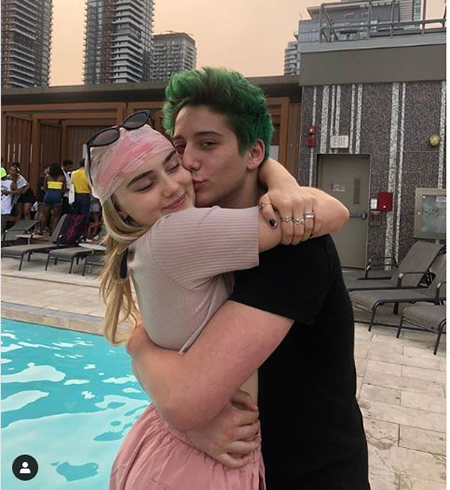 Meg Donnelly and Milo Manheim are together and an event.
SOURCE: Instagram

The rumored boyfriend-girlfriend couple are yet to speak anything regarding their dating life. She and ex-boyfriend of Holiday Mia Kriegel are currently working in the TV series, Zombies.

Meg Donnelly is an actress and a singer. She is active in the industry for years from where he is making an impressive net worth and salary.

Net Worth (Movies And TV series)

Meg's net worth is around $200 Thousand to $500 Thousand. When it comes to her acting career, she made her debut in 2013 as Young Jacklyn in the series, Celebrity Ghost Stories. She then earned her first lead role in Netflix's TV series, Team Toon as Ash.

From her work in the TV series, she surely collects an impressive salary. Moreover, a TV star makes an annual salary of $150 Thousand to $1 milion.

The rising actress has a self-titled YouTube channel which currently earned more than 69k subscribers and millions of views. Further, she makes $2,079 - $3,465 per promotional post on her social media.

officially have circled around the sun 19 times !

SMASH that like button if you think this is #teenrelatable!