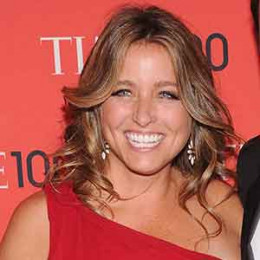 Born and raised in Marin Country, California, Nancy Juvonen is an American film producer who co-owns the production company Flower Films along with the famous Hollywood actress Drew Barrymore. However, she is best known as the wife of comedian, actor and late-night talk show host, Jimmy Fallon. The duo tied the knot in December 2017 at Necker Island in the Caribbean. They are proud parents of two daughters.

Nancy Juvonen was born on May 18, 1967, under the birth sign Taurus in Marin County, California, the U.S. She is the daughter of aviation industry executive William H. Juvonen and has a brother named Jim Juvonen. Juvonen graduated with a degree in sociology and cooperative education from the University of Southern California.

After her graduation, she started working in various fields. She worked as a private flight attendant and worked for an artist who was trying to help the homelessness. Junoven got the job of an assistant for the E Street Band, Clarence Clemons.

Nancy Juvonen is professionally a producer who owns a production house named Flower Films along with actress Drew Barrymore. They first met in 1993 through Juvonen's brother Jim who is a writer & producer and worked on Barrymore's movie Mad Love. Juvonen and Barrymore started working as producers in 1999. 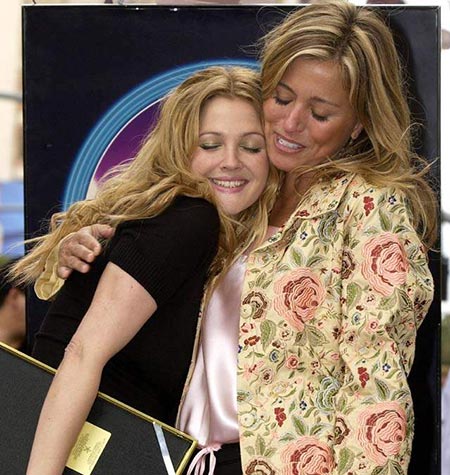 Then the duo started producing many movies together. She has worked as a producer for movies like Never Been Kissed, 50 First Dates, Charlie's Angeles, Fever Pitch and so on. As an executive producer she was involved in movies Olive, the Other Reindeer, Music & Lyrics, Whip It!.

Her recent projects include her 2016 movie How To Be Single where she was a producer and 2018 movie Fixer-Upper for which she was an executive producer. Besides producing she has also acted in the 2001 movie Donnie Darko.

The movie producer Nancy Juvonen has an estimated net worth of $20 million which she accumulated from her career. She is a popular film producer who owns the production company, Flower Films along with Drew Barrymore.

Her actor & comedian husband Jimmy Fallon is estimated to have a net worth of $60 million and takes home a salary of $16 million annually. Juvonen has produced several films under her production banner and some of them were a hit in the box office.

Nancy Juvonen is married to her longtime boyfriend, Jimmy Fallon who is a popular actor and comedian known for his show, The Tonight Show Starring Jimmy Fallon. The lovers tied the knot on  December 22, 2007, at Necker Island in the Caribbean.

They first met on the set of Fever Pitch and started dating in May 2007. Sometimes later Fallon proposed to Juvonen on the dock at sunset with a ring which had a Neil Lane design at her family home in New Hampshire. 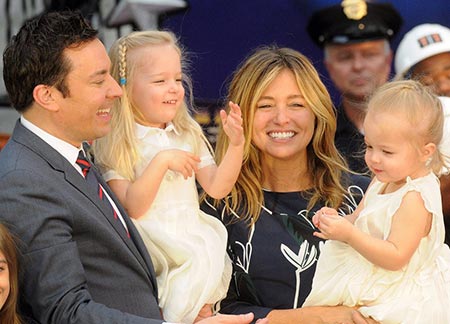 Nancy Juvonen along with her husband and daughters,
Source: Popsugar

The couple is blessed with two adorable daughters, Winnie Rose born in 2011 and Frances Cole born in 2014. Both of their children were born via gestational surrogacy as the couple struggled for five long years to conceive a child before using a surrogate.

She stands a height of 5'4 feet and weighs around 55 kg. Whereas her husband Jimmy Fallon has a height of 6' feet and has a weight of 86 kg.

Here is a video of Nancy Juvonen and family.

Nancy Juvonen married her longtime boyfriend, Jimmy Fallon who is a popular actor and comedian known for his show, The Tonight Show. The duo exchanged a vow on December 22, 2007, at Necker Island in the Caribbean.

Winnie Rose is the first daughter of Jimmy Fallon and Nancy Juvonen. She was born in 2013. younger sister, Frances Cole (born in 2014).

Frances Cole is the second daughter of Nancy Juvonen and Jimmy Fallon. She was born in 2014. She has an elder sister, Winnie Rose.