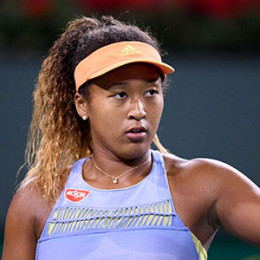 Naomi Osaka the first Japanese to be titled as Grand Slam is one of the most talented tennis players. When she was fourteen years old she had started to play in ITF Tournaments. Although Naomi has been playing against players much older than her, the opponent can never take her lightly. She seems to love Asian culture and the food and it was also one of the reasons why she accepted to play in Japan.

Naomi Osaka was born on 16th October 1997, in Osaka, Japan to Tamaki Osaka and Leonard Francois. Naomi was born to a Haitian father and a Japanese mother. Moreover, she also has one sister named Mari Osaka who is also a tennis player. She belongs to Japanese-American by nationality and is Asian/African by ethnicity/Race.

When Naomi was three years old, the whole family moved to the USA and they lived in Florida ever since. As for her education, she attended Broward Virtual High School. 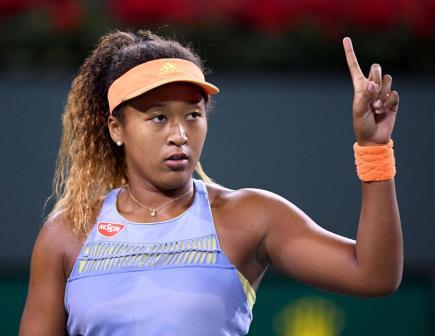 When Naomi was three years old she got interested in tennis because of her older sister Mari. Their father had given them some tennis lesson when they had started to play tennis. Eventually, Naomi's amateurish love of tennis evolved into something more significant.

As Naomi grew so did her skills and passion for the sport, then her father made a decision to register his daughters in the Japanese tennis association. As the girls had double citizenships, it was possible for them to get registered in the Japanese Tennis Association.

Naomi Osaka debuted in the year 2013. However, she did not take part in junior competitions rather started competing in ITF tournaments at the age of 14. However, many officials of the sport were skeptical of her achievements.

They believed Naomi was just lucky to have weaker opponents but later on, she silenced her critics when she defeated the former American champion Samantha Stosur in 2014.

Furthermore, Naomi had her first major breakthrough in the same year when she was able to reach the finals of the Toray Pan Pacific Open 2016. However, she lost to the former top racket of the world, Caroline Wozniacki.

Recently Naomi has been blowing through her opponents and she's got an impressive win rate of 60.92% in 2018. And in 2018 she won the US Open and became the first Japanese player ever to do so. She defeated Serena Williams in straight sets. Alongside her coach Sasha Bajin, Naomi chose the aggressive, attacking playstyle. Naomi can serve at an impressive speed of 201 km/h.

She is ranked No. 1 in the world by the Women's Tennis Association (WTA). Sheu is the first Asian player holding the top ranking in singles.

Net Worth and Personal Life of Naomi Osaka

Naomi Osaka earns a huge amount of money through competition, business, promotions, and sponsorships. It has been reported that she earned $1.4 million by participating in competitions alone. Therefore, her current net worth of 2018 is estimated to be around $4 million. 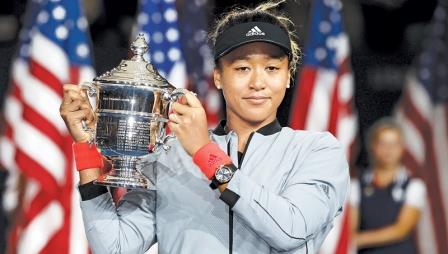 Naomi is pretty open when it comes to her career, however, she chooses to remain silent when it comes to her personal affairs. Furthermore, the tennis player never shared any pictures with her boyfriend if she has one. Which leads us to believe that she is still single and more focused on her career as an athlete than on her love life.

Naomi once said that she is an introvert and is quite shy and reserved. The athlete believes she inherited this trait of character from her Japanese side of the family. And she feels really close with the eastern culture and people. She also loves sushi and Japanese cuisine.

Naomi Osaka stands at an impressive height of 5 feet 11 inches and weighs about 69 kilos. Her skin color is brown, as for her hair it is black and eye color is brown.