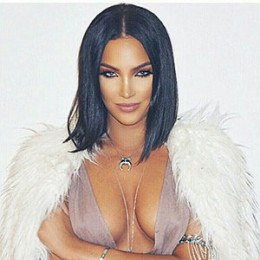 The Canadian model Natalie Halcro got signed to Next Models Management when she was just 16. She is a famous social media personality who has a YouTube channel called NAT+LIV which has a huge fanbase. Halcro owns a blog along with her cousin Olivia Pierson named Jerome which they named after their grandparents' name. Besides she appeared in commercials for brands like Nissan, Old Navy, and Mazda.

Natalie Halcro was born on February 2, 1988, under the birth sign Aquarius in Langley, Canada. Her father Jim Halcro is a retired firefighter while the details related to her mother is not mentioned. 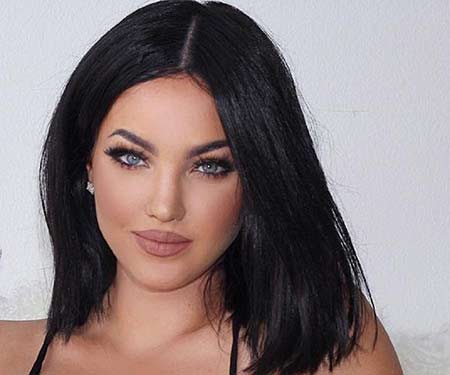 She grew up with her two siblings a brother named Joel and a sister named Stephanie.

Halcro started modeling at an early age and began modeling when she was 12 years old. When she turned 16 she was signed with next models management.

The American model Natalie Halcro is the co-owner of a fashion blog named Jerome along with her cousin Olivia Pierson. They named the blog after their grandparents' last name, Jerome.

She is a social media personality as well as runs a YouTube channel named NAT+LIV along with her cousin Pierson where they post fashion and beauty related videos.

The channel has around 268,910 subscribers. The duo has collaborated with a sunglass brand called Perverse and they launched some designer glasses. 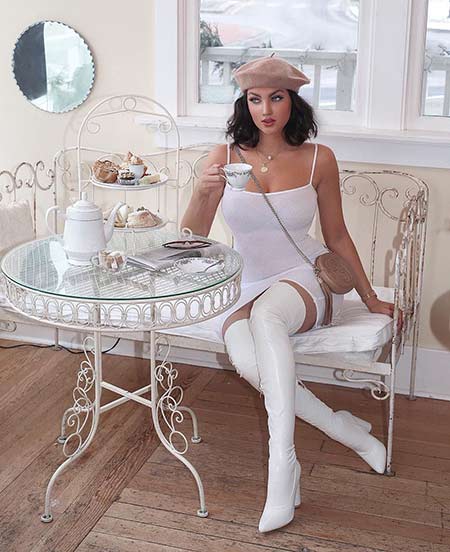 She is a model and Television star who has done runway walks and commercials for some popular brands. Halcro was seen in commercials of Mazda, Old Navy, and Nissan.

She has walked the ramp in places like London, Cape Town, France, and Milan. Halcro has worked with fashion brands like Levi's, Nike, Avon Salon Gafix and so on.

She appeared in the E! series reality show WAGS where she was cast alongside model Nicole Williams. The reality series shows the lifestyles of girlfriends and wives of famous sportspersons.

Talking about her earnings and incomes, her net worth is not estimated as of yet. Her major source of earning is from her career as a model and YouTube star. She makes 15k to 20k per post.

The couple met again in Halcro's reality show, WAGS in 2016 as he was invited for Nicole Williams' boyfriend's birthday. She hasn't been involved with any other man. 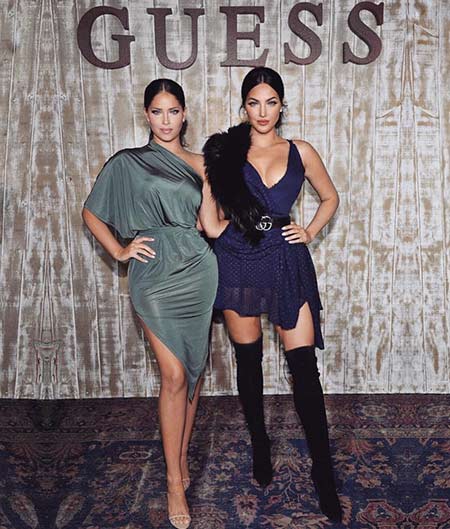 Natalie Halcro with her cousin and working partner Olivia Pierson in a GUESS Event.
Source: Slayberity

She hangs out with reality star Kim Kardashian and she along with her cousin Pierson are regarded as Kim's look-alikes. The duo Halcro and Pierson were accused of working as escorts to earn money but they cleared the rumors by saying they have a well-balanced job as bloggers and YouTubers who are economically stable. As for her hobbies, she likes collecting candles as she feels refreshed getting the smell of scent.

Halcro has a pet dog which she named Monkey. She was involved in an awareness event called Vanderpump Dogs Foundation Gala on November 3, 2016, which collected funds for the welfare of animals.