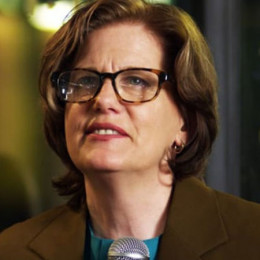 Natalie West is back!

American movie and TV actress took a break from her acting career earlier to spend most of her time with her husband and children. The mother of two faced issues in her family as both her kids had developmental difficulties.

Being a responsible mother and loving wife, she managed everything to the best. At present, Roseanne actress is back in the acting business and her fans are so glad to see her performing all again.

West is not much active on social media. She prefers to maintain her family life behind the bars.

She is happily married to her husband Keith Moore. The pair met for the first time in a law firm. As Moore had seen many shows of his future wife, the pair fell in love soon and tied the knot in 1986. 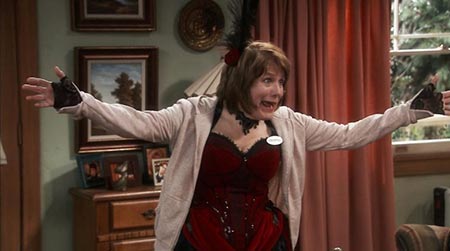 The couple welcomed a daughter Zeta and a son named Jack while living in LA. Natalie and her husband faced trouble in their family life because both of their kids have developmental difficulties.

Zeta struggled with learning difficulty while her brother Jack was diagnosed with autism.

"In a way, it was a good thing I wasn’t a constant on the show. We were able to focus on the children, on finding them the best services."

The couple tried their best to make everything best for their children. They lived close to schools and facilities that could benefit their kids to the best.

Her family was the only reason she took a break in her career.

"I had been worried that I had been away for so long that the theater community had forgotten about me. But this show was a hit and even went to London. I cannot even describe how Keith stepped up to allow that to happen. But that’s what he has always done."

Meanwhile, the couple is back in business. They resumed law business as a solo practitioner.

West is best known for playing the role of Crystal Andersin-Conner in TV series Roseanne. She left the show earlier because of family issues and was back on the show in March 2018 until May 2018.

"It was great to be back, even for just two episodes."

"In one of them, if you blink you might miss me, but everyone was so very nice and welcoming. And I am so much more comfortable being Crystal at this age."

Some of her movies include Under Covers, Nate and Margaret, and The Poker House.

She attended Loyola University and received a Master's degree in social work. She started per professional career acting in plays in the 1980s at Chicago theaters.

She achieved three Joseph Jefferson Awards in 1984, 2010, and 2012 for her performance in various productions.

American actress Natalie West is married her husband Keith Moore. They are blessed with two children.

Zeta is the daughter of Natalie West and her husband Keith Moore. She is suffering from learning issues.

Jack is the son of American actress Natalie West and Keith Moore. He is diagnosed with autism as a child.