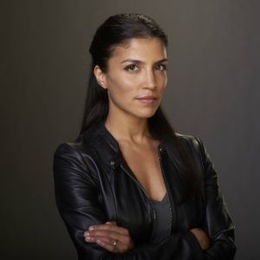 Indian born Canadian actress, Nazneen Contractor is best know for potraying the role of Layla Hourani on CBC's "The Border" and Kayla Hassan on "24". She nailed in both of the TV series and proves her acting ability to the world.

Nazneen Contractor is happily married to her husband, Carlo Rota and shares two adorable children. If you want to know more about her married life, husband, and kids, then scroll down;

The 37-year-old actress married her British-Canadian actor husband, Carlo Rota on April 2010 at an intimate ceremony. Moreover, the couple chooses Mexico for their honeymoon destination. 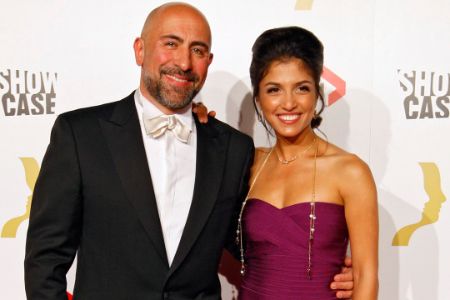 They first met during the set of American action drama TV series, "24" in early 2010 where they are playing the love interest in the show. Moreover, talking to one of the leading news portals about marrying on-screen partner, the actress said;

“It’s stupid to try and get married during the pilot season but we did it."

As a matter of fact, Nazneen was only supposed to be on two episodes, but fortunately, she ended as one of the main castes appearing in 24 episodes. Moreover, the show not only opens the door for her acting career but also introduces Contractor to her future life-partner.

Contractor and Carlo are proud parents of two beautiful boys. Besides that, other information is yet to reveal. The couple is quite possessive about their kids and prefers to keep their babies out of the spotlight, however, previously Carlo used to shares his sons' pictures on his official twitter.

At #BE3 having a Tim pic.twitter.com/nI0YM7jlln

The family of four is living a blissful life in the Los Angeles area along with their border terrier dog.

Born in Mumbai, India to the ancient religion of Zoroastrianism, Contractor is one of the 150,000 Parsis in the world. She was raised in Nigeria until the age of seven and later attended boarding school in London from seven to nine years old. Then her family moved to Toronto, Canada where she spent most of her childhood.

She joined the Etobicoke School of the Arts where she not only danced but studied theater as well. Afterward, she accepted a full scholarship to the University of Toronto and graduated in theatre and a double major in psychology and sociology.

The 5' 4" tall actress is active in acting since past 19 years and till the date, she is part of several filmographies from theatres to films. So, how much net worth does she hold from her career?

Nazneen has a net worth of $500,000 ballpark and all thanks to her acting appearances in the screen and stage. Usually, an actress earns $54,000 per annum, but as an experienced actress, she definitely receives higher than the average salary.

In 2013, Contractor starred in the sci-fi adventure film, Star Trek Into Darkness along with John Cho, Benedict Cumberbatch and Alice Eve. The movie did a phenomenal job at the box-office collecting $228 million at US market and $467 million at worldwide against the budget of $70 million.

Being a public figure you get a chance to help and influence others. Correctly using her platform, Contractor is an active social activist who engages in different social organizations. Further, she is a strong supporter of the organization Second Harvest to feed the homeless and Look Good Feel Better which supports women with cancer. 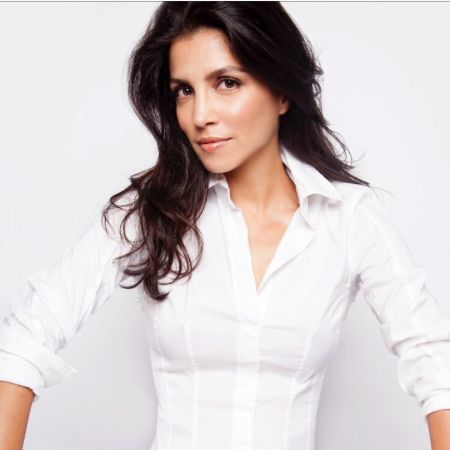 Canadian actress looks stunning at a white shirt.
The beautiful Indian-born Canadian actress, Nazneen Contractor stands at a height of 5 feet 4 inches or 1.63m tall and weigh 56 kg (123 lbs). Likewise, she has sparkling black eyes along with black hair.

Do visit Marriedwiki for interesting Biographies!!!

The 37-year-old actress married her British-Canadian actor husband, Carlo Rota on April 2010 at an intimate ceremony. Moreover, the couple chooses Mexico for their honeymoon destination.

He is best known as the son of an actress, Nazneen Contractor, and Carlo Rota. He has a younger brother.

He is best known as the son of an actress, Nazneen Contractor, and Carlo Rota. He has an elder brother.