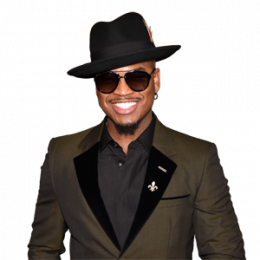 Grammy award-winning singer Ne-Yo is known as a multitalented personality- he's an actor, singer, songwriter, producer and a dancer. He wrote the song 'Let Me Love You' for singer Mario which gave him a major public recognition, but he rose to stardom after the success of his debut album, Shaffer Chimere Smith in 2006. He is married to Crystal Renay Williams and shares a son with her.

Ne-Yo was born Shaffer Chimere Smith on October 18, 1979, in Camden, Arkansas to African-American mother and Afro-American and Chinese descent father. Both his parents were musicians.

He was raised by his mother as his parents separated when he was young. He attended the Las Vegas Academy to learn music and simultaneously joined R&B group called Envy with a stage name "GoGo." The group split in 2000, so Smith started writing songs for other artists.

Smith got nicknamed “Ne-Yo" by a producer, Big D Evans with whom he worked before because Evans thought Ne-Yo sees music as Neo sees the matrix.

Ne-Yo began his career as a band member of R&B group, Envy, which later disbanded in 2000. Subsequently, he was signed by Columbia Records, but he couldn't work with them. However, his song, “The Girl” was heard by R & B artist Marques Houston and decided to record it for his album. The song released in 2003 which established him as a top songwriter.

In may 2007, he released his second studio album, ‘Because of You,' which received critical acclamation and audience's love. Ne-Yo has worked with many popular artists including; Michael Jackson, Rihanna, Mario Vasquez, Beyonce Knowles, Britney Spears, Whitney Houston, Celine Dion, Lindsay Lohan's, Akon, David Guetta and much more.

Ne-Yo performed the USA’s national anthem at Wembley Stadium on the eve of the Special NFL match. He released his third album, ‘Year of the Gentleman’ on August 5, 2008. The album received positive reviews from everyone and hit the 2nd spot on the Billboard 200.

The following year, he released his greatest hits album, ‘The Collection,' in Japan followed by the other hit singles such as; “Beautiful Monster," "Champagne Life" and "One in a Million."

In 2010, his album, Libra Scale failed to impress the audience and also proved to be a commercial disappointment, but after a year he came up with a new single, "Give Me Everything" in collaboration with Pitbull which was number one at the Billboard Hot 100.

Later he released his albums titled; ‘Realizing Every Dream - R.E.D’ and 'Non-Fiction.' He has given numerous hits to audience including; "Sin Miedo," "Marry You," "Earn Your Love," "Another Love Song" and much more.

In 2008, Ne-Yo won a Grammy Award for Best Contemporary R&B Album, Because of You. In 2009, he won two Grammy Best Male R&B Vocal Performance and Best R&B Song. He was ranked 57th Artist of the 2000s decade by Billboard.

Ne-Yo is happily married to his longtime girlfriend, Crystal Renay Williams. The duo got engaged in 2015. A year later, on February 20, 2016, they exchanged their vows in an intimate wedding ceremony. The couple shares a son, Shaffer Chimere Smith, Jr., born in March 2016.

blissful married life in his new house at Sherman Oaks, California along with his wife and child.

Priorly, he dated, Jessica White in 2005 and she gave birth to a boy, Chimere named after Ne-Yo's middle name, but later it was revealed he wasn't his real son.

In 2010, he was in a romantic relationship with Monyetta Shaw. The couple was blessed with baby girl, Monyetta Shaw on November 12, 2010, and he said,

"I've been in love before but this feels like nothing I've ever felt... like I'm in love for the first time."

In 2011, Ne-Yo announced he was expecting his second child with Shaw and the same year they welcomed their son, Mason Evan Smith. However, the couple's relationship didn't last long and called it quits.

Ne-Yo started his career as songwriter and today he is one of the most popular singers. In the 17 years of musical journey, he hasn't only gained fame but succeeded to make a decent amount. He has an estimated net worth of $16 million.

In March 2017, he bought a new house at Sherman Oaks, California for $1.9 million. The house includes five bedrooms and six bathrooms with more than 4,310 sq area.

Madbilyn Grace Smith is the first biological daughter of Ne-Yo. She lived with her mother, Monyetta.

Mason Evan Smith is known as a son of Ne-Yo. He lived with his mother, Monyetta but he is closed with his father too.

Shaffer Chimere Smith, Jr. is the first child of Crystal. He lived with his dad and mom in California.