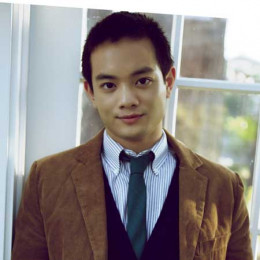 The Canadian actor and martial art artist, Osric Chau is now a citizen of U.S. He is one of the finest whusu players. He has a huge fan following of 511k on Instagram and 449k on Twitter. Osric is possibly single. Osric is also a filmmaker and is passionate to be a stunt man too.

Osric was born on 20th July 1986 in British Columbia, Canada. His mother is a Malaysian and father from Hong Kong so, is of mixed ethnicity. For almost eight years, he did training in martial arts. Under Zhang Ahi Bing, a master from China, he learned tai chi, Chinese martial art, and traditional wushu too. After Zhang had returned to China, Osric went to Vancouver to enroll in West Coast Chinese Martial Arts where he studied modern martial arts and modern wushu. Moreover, he trained for seven months at Beijing Sports University with BSU Wushu Team. He then became a team member of Canadian National Wushu Team.

Osric wanted to have a career in stuntman rather than in the acting field. So, he showed his skill of stunt for Electronic Arts (EA) and also worked as a supporting role in What Women Want, a Chinese remake of an American movie. His first role in the TV movie, Kung Fu Killer was opposite to David Carradine and Daryl Hannah.

Osric debuted from a movie named, 2012. He also appeared in a fantasy series titled, Supernatural with the role of Kevin Tran. He earned fame for the same show and was known by the people as Kevin rather than Osric.

He appeared in the video parodies of Supernatural, The Walking Dead, and Sherlock on YouTube. He was also involved in stereotyping in media too. He was nominated in Shortly Awards for Best Actor.

Osric Chau has maintained a low profile lifestyle. He has not opened up about his personal life so he might be possibly single. As per his tweet, he wishes a life with a wife and three children. Many of the fans have assumed that he is gay. However, that's just an assumption.

The martial art artist, Chau has an estimated net worth of $500 thousand. He is earning a god figure amount from his movies, series and the videos on YouTube too.