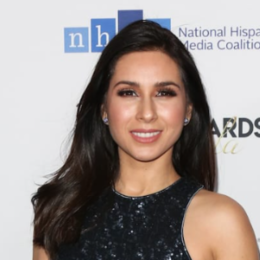 Patricia Azarcoya Schneider is a prominent Mexican actress, producer, and screenwriter. She earned media attention for being the third wife of an American film director and actor, Rob Schneider. Patricia married Mr. Rob in 2011.

Patricia Azarcoya Schneider is Married to a Celebrity

Patricia Azarcoya met the love of her life, Rob Schneider, when they worked on a television series after Patricia moved to the United States.

The Merida City native and Rob began dating in 2005, and after almost six years of relationship, they decided to exchange wedding vows on April 23, 2011, in Beverly Hills, California, United States. 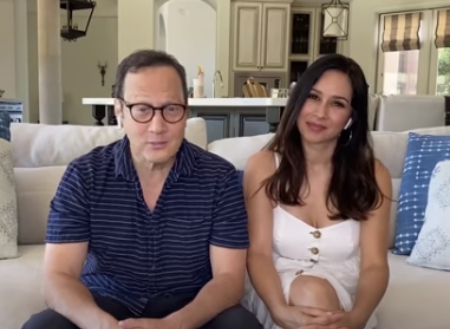 Some sources close to the actress claimed the duo tied the knot in a private ceremony with some of their close friends and family members. The Saturday Night Live alum proposed to his lady with a massive diamond ring at their wedding.

Back then, the majority of people had a different opinion regarding Patricia and Rob's marriage because Rob Schneider was almost twice Patricia's age; 25 years age difference, to be exact. But they appear to have great chemistry and have been living a happy married life for over a decade. The lady appears in several red-carpet events and award ceremonies with her loving husband. 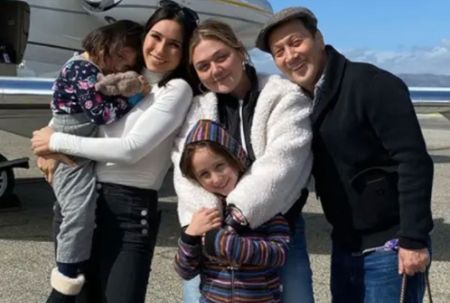 Needless to say, the power couple loves their kids wholeheartedly and works together to raise them. Since their daughters are still young, they keep them away from the glitz and glamour and also rarely post their pictures on social media.

Patricia Azarcoya  Schneider's relationship with Rob Schneider is the only relationship about her that has come to light. Therefore, her past affairs are not learned. But her spouse had a romantic association with many other women before he wed Patricia.

What's more, The Animal actor had walked down the aisle two times before. His first marriage was with the former model London King. She gained media recognition from the 2000 film A Better Way to Die.

Schneider and King got hitched on September 25, 1988, which lasted for around two years until their divorce on September 01, 1990. From their nuptial, they have a daughter Elle King (Tanner Elle Schneider), who was born on July 03, 1989.

After that, the SNL star dated Julia Sweeney in 1991. Unfortunately, the romance between the two did not last long, as they went their separate ways in 1994. 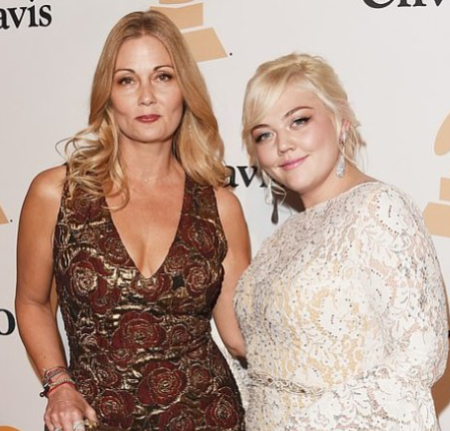 In 2002, Rob married for the second time with American actress and singer Helena Schneider. Like his past affair, Rob's relationship with Helena ended in a bitter divorce. The marriage officially ended just three years later, in 2005. They shared no children from their

Besides being the wife of a renowned celebrity, Patricia Azarcoya bags a considerable amount from a successful career as an actress, writer, producer, director, and fashion model. Per some genuine sources, Patricia has summoned an estimated net worth of $1 million.

Azarcoya rose to fame in the early 2000s while working as a model in her native country. Patricia worked for various brands at the beginning of her career. Later, she became famous and eventually fled to the United States to seek better opportunities.

Check out the clip of Patricia Azarcoya Schneider and her husband, Rob Schneider, at the Steve Harvey Show!

Speaking of her professional career, Patricia stepped into the entertainment field by landing a minor role in the short movie Alkahest in 2006. Subsequently, she received an offer to serve as a producer.

Above all, Azarcoya is a great culinary artist; she runs a self-titled Youtube channel where she uploads her delicious cooking videos. Moreover, Rob's wife promotes organic beauty products on her Instagram page.

Patricia Azarcoya Schneider's husband is a well-known actor boasting almost 100 acting credits. He has made millions of dollars as an actor and comedian and, as a result, has a net worth of $8 million. He is widely popular for roles in Surf Ninjas, Judge Dredd, Coach, Grown Ups Hot Chick, and The Waterboy.

Rob started performing on stage when he was in high school. Later, he founded a San Francisco band, "Head On." Upon graduation, Mr. Schneider started to perform in Bay Area nightclubs and on local radio stations. Rob was the opening for famous comedy stars like Jay Leno and Jerry Seinfield. In 1987, The father of two performed on the show for Dennis Miller. 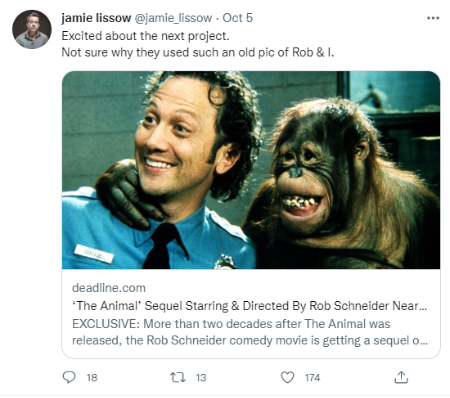 Rob Schneider is heading towards his latest project, The Animal 2. SOURCE: Twitter

From 1990 to 1994, Schneider appeared in movies such as OrgasmHut, and Tiny Elvis. Also, he landed a leading role in The Bad Boys of Saturday Night Live. Rob has been featured in movies including Down Periscope, Surf Ninjas, and Judge Dredd, which pushed him to stardom.

In the 2000s, Schneider appeared in the movies Deuce Bigalow and Big Daddy, which was a massive hit. Rob's Bigalow was a huge success, leading to the next release of the film "The Animal." Robert's other acting credits include the CBS comedy Rob, 50 First Dates, The Longest Yard, The Ridiculous, and The Hot Chick.

Patricia Azarcoya Schneider was born in Merida City, Mexico, on March 6, 1998. She holds Mexican citizenship and belongs to Latina ethnic background. Nevertheless, despite being a public figure, she has remained tight-lipped regarding her siblings and family background.

Azarcoya, who went to a local high school in Mexico, can fluently speak Portuguese and Spanish. Since early, Patricia has been interested in numerous school plays, which led her to pursue the same field in the future.

Patricia Azarcoya is not currently available on social media. However, her partner prefers to stay in touch with her fans via social networking sites.

Schneider has long dark brown hair and hazel eyes. She, furthermore, maintains her body by doing gym, yoga, and exercises. Likewise, Azarcoya's star husband has a height of 5 feet 7 inches and weighs 65 kg.

Patricia Azarcoya Schneider has happily been married to Rob Schneider for the past twelve years. They married in April 2011.

Miranda Scarlett Schneider was born on 16 November 2012 as the first child of Rob Schneider and Patricia Azarcoya. She has a sister named Madeline.

Madeline Robbie Schneider is the second child of Rob Schneider and Patricia Azarcoya. She was born on 14 Spetember 2016.