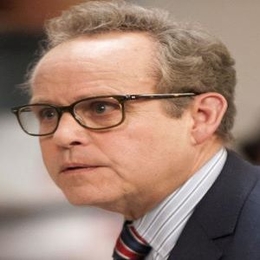 American actor Peter MacNicol is a well-respected figure in Hollywood who made a name for himself especially in the genre of comedy and drama. He is best known for his work in "Veep", "CSI: Cyber" and "Ghostbusters II."

The "Veep" actor is happily married to social activist Martha Sue Cummings or Marsue Cummings. The couple tied the knot on October 11, 1986, in an intimate ceremony. 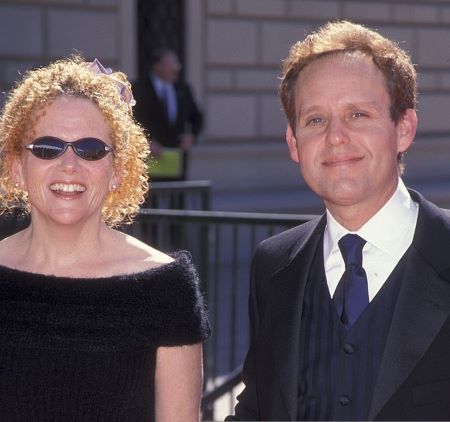 Peter MacNicol with his Wife, Marsue at an event. SOURCE: Getty Images

Peter met his future wife when he was in his late twenties, and she was in her late thirties. It is reported that there is an eight years difference between them.

The couple's first meeting was on a blind date, and they bonded over a game of Password. The duo felt an instant connection during their first meeting and soon started dating.

The Texas native actor always kept his romantic life away from the media. The pair is so low key that there is no information whether they are parents or not. 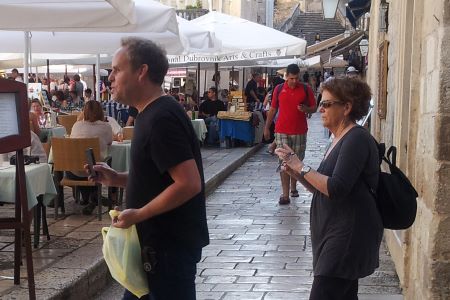 The "Veep" actor Peter was enjoying a vacation with the wife. SOURCE: Just Dubrovnik

The only time, the public got to see the couple together is when they attend events together.

MacNicol Earned Well for Himself

The versatile actor Peter holds an overall net-worth of $5 million. He is working in the entertainment industry for nearly four decades and his part of over 77 projects. On average, an actor in The USA earns $19, 000 - $154, 000 a year. 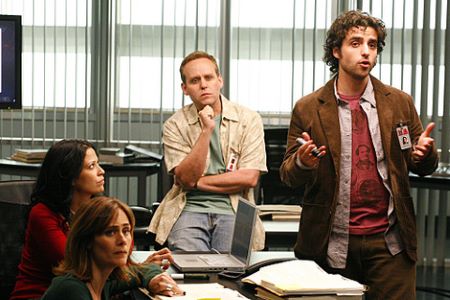 Peter MacNicol in the show "Numb3rs".

The 65-year -old actor wanted to be a paleontologist in his childhood. But, after learning that there is a lot of math involved in studying paleontology, his interest shifted.

The green-eyed actors developed a love for acting when he starred in a Church play when he was nine years old. His interest in performing arts did not die and continued his passion for high school and college.

After graduating from the University of Minnesota, the 5 feet 8-inch actor worked as an actor in Guthrie Theatre, Minneapolis. He worked in Minnesota for a couple of years and moved to New York in 1980.

Peter is one of the lucky actors who gained success early in his career. His debut broadway play "Crimes of the Heart" was a huge success and which helped him won Theatre World Award.

After recognition from Broadway, the star got opportunities to play Stingo in Academy-award nominated movie "Sophie's Choice." The film which starred Meryl Streep and Kevin Kline was a critical and commercial success. It earned $30 million against the budget of $9 million.

The "Ghostbusters II" actor profile and popularity further increased in the future through hit-series such as "Chicago Hope," "Ally McBeal," and "Numb3rs." In the show, he shares the screen with actors such as Rob Morrow, David Krumholtz and Sophina Brown. 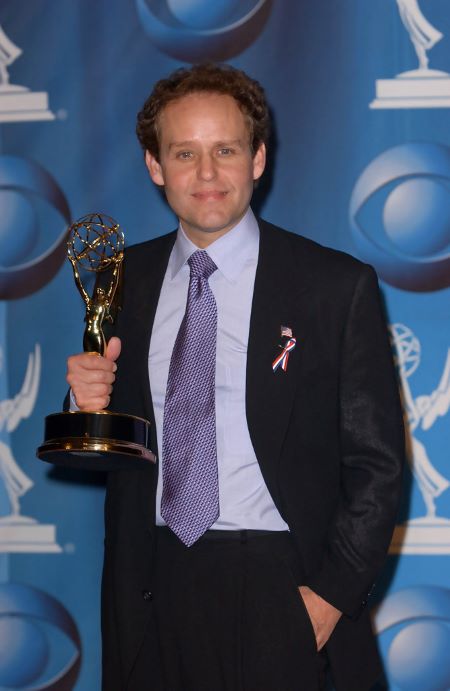 Martha Sue Cummings or Marsue Cummings is a social activist who is especially dedicated to bringing positive change in children. She is married to actor Peter MacNicol for over three decades.