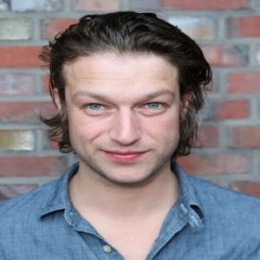 Peter Scanavino is an American actor who is able to make a name for himself after much struggle. He started his journey from minor roles but is now a leading actor in one of the most successful television shows.

The American actor Peter Scanavino is gaining the new height of success through his character of Dominick Carisi Jr. in the series "Law & Order: Special Victims Unit." But is his personal life is as successful as his professional life?

The Blue-Eyed Handsome Hunk is Off the Marriage Market

The "Mutual Friends" actor is happily married to Ivy-League graduates artist Lisha Bai. She is an incredibly talented painter whose arts are part of many exhibitions across the country. The painter is also an art instructor at the Pratt Institute in Brooklyn. 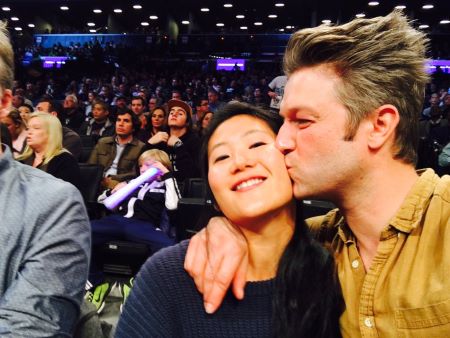 Peter and his wife further walked down the aisle on July 2, 2011, in an intimate ceremony. Since the actor is a private person, so he has kept the wedding details away from the spotlight.

The actor furthermore rarely talks about his wife in public or share pictures online. However, they occasionally appear together at the events together.

The actor is a Daddy

Scanavino and his wife moreover are proud parents of two sons. Their second child, Leo Scanavino, was born in January 2016. The star who is otherwise really private shared a picture of his newborn in his Twitter account with a caption "Welcome to the world, Leo." 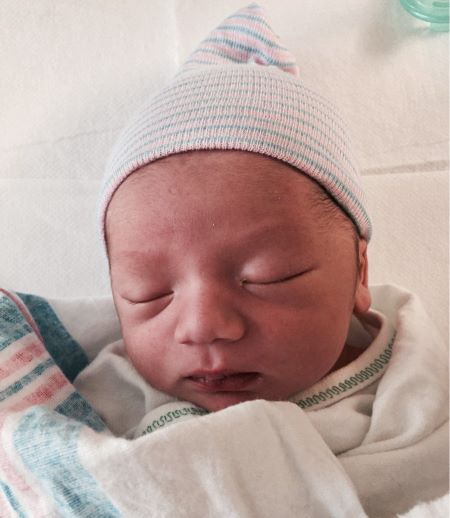 Peter and his spouse, is yet to reveal the name and face of their oldest son. The starlet, however, regularly shares the drawings made by his children on his social media accounts. It looks like the children are following the footsteps of their mother, who is a renowned artist.

Pursued his Other Passion for a while

The versatile actor loves cooking and even pursued it seriously. He gained a certificate in Culinary Arts from The French Culinary Institute in New York.

The novice chef then began working in the restaurant Blue Hill, which is owned by Chef Dan Barber. During this time, he kept his acting carer on hold and entirely focused on his improving his cooking skills. However, his passion died down after some time, and he returned to acting.

The actor is active on Social Media

The notoriously private actor is active in both Twitter and Instagram. He frequently updates on his Twitter account, which has 63.3 thousand followers. His tweets are mostly work-related, but sometimes he shares personal pictures as well.

The 6-foot actor has over 113 thousand followers on his Instagram account. However, he does not use that site much, and until now, it has only 14 posts.

The 39-year-old actor is working in the entertainment industry for over fifteen years. From his profession, he collected a note-worthy net-worth. 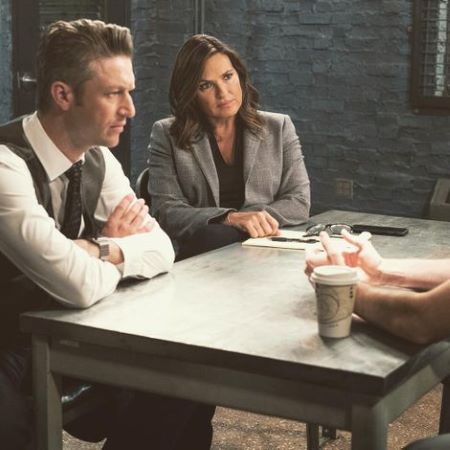 Overall Net-Worth and Earning as an Actor

Peter Scananvino's total net-worth is 500 thousand- $700 thousand. He is part of many well-known movies and television shows and earns a decent salary.

On average, an experienced actor in television earns $18,000- $25,000 per episode depending on the popularity of the show and budget of the production. Since Peter is a well-Know show, his salary is undoubtedly on the higher side of the pay scale.

The now versatile actor never harbored a dream of becoming an actor in his childhood, so he never participated in any theatres or plays in his school. He joined acting just like a challenge and moved to New York. After moving to Big Apple, he joined a theatre class and learned the basics of acting.

After gaining some training, Peter started working in theatres. He worked a few years in broadways before transitioning into movies and television. At the beginning of his career, he worked in minor roles in films and television shows.

The star got the big break in 2014 when he appeared as a recurring cast in sixteenth season of series "Law & Order: Special Victims Unit." Though the show featured established actors such as Christopher Meloni, Mariska Hargitay, and Richard Belzer, he was able to make a name for himself.

Check a video below where Peter and his "Law and Order" co-star Kelli Giddish is talking about their show.

Peter's character Dominick Carisi Jr. quickly became a fan-favorite, and he was upgraded to main lead. Fans were especially impressed with Peters ability to make a natural New York Accent in the show, though he is from Colorado. 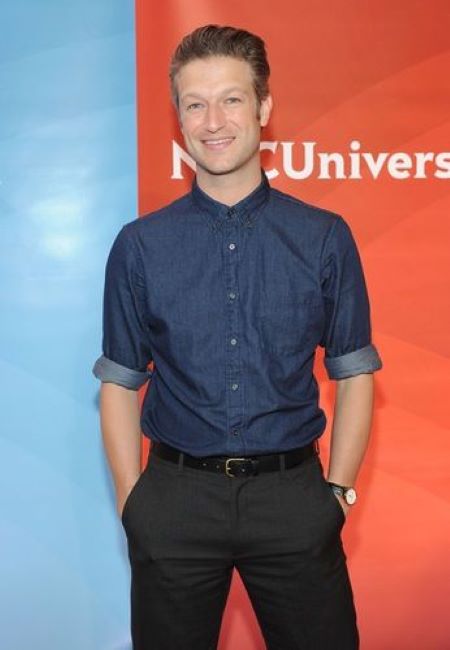 Peter Scanavino at an event.

Lisha Bai is a New York-based artist. She and actor Peter Scanavino is married for over eight years.

He is the child of actor Peter Scanavino and artist Lisha Bai. He has a sibling.

He is the child of actor Peter Scanavino and artist Lisha Bai. He has a sibling.