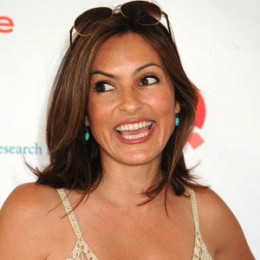 Famous for portraying the role of New York Department Lieutenant Olivia Bensonon the NBC drama series Law & Order: Special Victims Unit. The mother of three is active in the industry for years.

Famous for portraying the role of New York Department Lieutenant Olivia Bensonon the NBC drama series Law & Order: Special Victims Unit. The mother of three is active in the industry for years.

Mariska Hargitay was born as Mariska Magdolna Hargitay on January 23, 1964, in Santa, Monica California under the birth sign of Aquarius. She is the daughter of  Jayne Mansfield and former Mr. Universe, Mickey Hargitay. She is of Hungarian descent.

Hargitay lost her mother at an automobile accident. Then she and her siblings were raised by her father and his third wife, Ellen Siano. She attended the Marymount High School where she was an active athlete, cheerleader.

Then Hargitary enrolled at the UCLA and graduated in Theater Film and Television. She also attended the Groundlings Theatre and School.

Mariska Hargitay crowned  Miss Beverly Hills USA in 1982 then she competed in the Miss California USA and placed fourth runner-up. She appeared in  Ronnie Milsap's music video for "She Loves My Car" in 1984.

Hargitay debuted in acting in 1986 in TV series, Downtown. Then she appeared in a number of TV series including Tequila and Bonetti, Seinfeld, Can't Hurry Love,  All-American Girl, Baywatch, Leaving Las Vegas and others.

She played the role of  New York Police Department Lieutenant Olivia Benson for which she received multiple awards and nominations, including a Primetime Emmy and Golden Globe.

Mariska Hargitay is one of the successful TV actresses, she has an estimated net worth of $45 million. Believing some online sources, she earned $450k+ per episode from her appearances in Law and Order.

Mariska Hargitay is a married woman, she tied the knot to Peter Hermann on August 2004 in Santa Barbara, California after two years of dating. The duo first met on the set of Law and Order: SVU and after few meetings, the couple eventually fell in love.

The duo welcomed their first child, a son, August Miklos Friedrich Hermann on June 28, 2006, by an emergency cesarean section. In April 2011, the duo adopted a baby girl, Amaya Josephine and attended her birth and in October the couple adopted a baby boy, Andrew Nicolas Hargitay Hermann.

Mariska met her husband Peter in the set of Law & Suit: SUV where he was playing role of Trevor Langon, a defenses attorney.They started sating in 2002 and got married after two year of long affair.

Mariska gave birth to her son August through C section. He is the only child she gave birth to, but has two adopted siblings.

Amaya was adopted on April 201 and is second child of this couple.

Andrew is the third child of this couple and was adopted on October, 2011, just few month after Amaya.