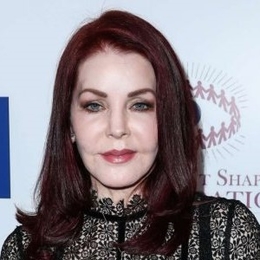 Priscilla Presley is a renowned American actress, as well as a successful business magnate. She has a victorious professional life; however, she failed several times in her love life. Presley is a divorcee, and she likewise has dated several guys in the past. Unfortunately, all of her relationships did not last long.

Her Failed Marriage With Boyfriend-turned Husband

An American actres, Priscilla Presley, was previously married to late American singer Elvis Presley who was most commonly known as the "King of Rock and Roll" or "the King." Elvis was a heartthrob for many girls; however, none of them were able to win the heart of the singer. 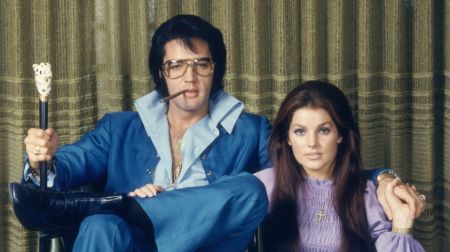 Well, Elvis' heart finally got stuck on the actress Priscilla Presley. Just like several other girls, Priscilla was also one of the fans of the king. In 1958, the popular cultural icons of the 20th century, Elvis joined the U.S Army. Later, he was sent to serve at the German base in Friedberg.

While serving there, he met his future wife, Priscilla. At that time, he was 23 years old, whereas; Spin City actress was only 14 years old. The age gap of 9 years did not become a barrier for Presley and Elvis, and they shortly began dating. 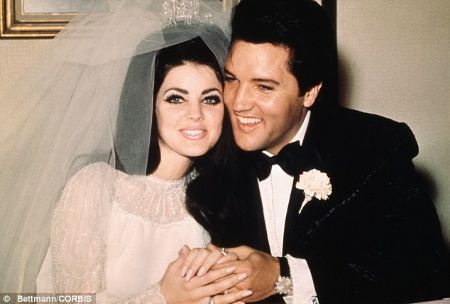 Although they didn't have a problem regarding their age differences, Priscilla's parents weren't happy with the decision of their daughter. But, Presley later convinced her parents.

Priscilla and Elvis dated for almost seven years and finally tied the knot when the actress turned 21. The lovebirds walked down the aisle on 1st May 1967.

From their relationship, they shared a child, daughter Lisa Marie Presley born on 1st February 1968. Lisa has followed the footstep of her late father as she is a singer and songwriter. 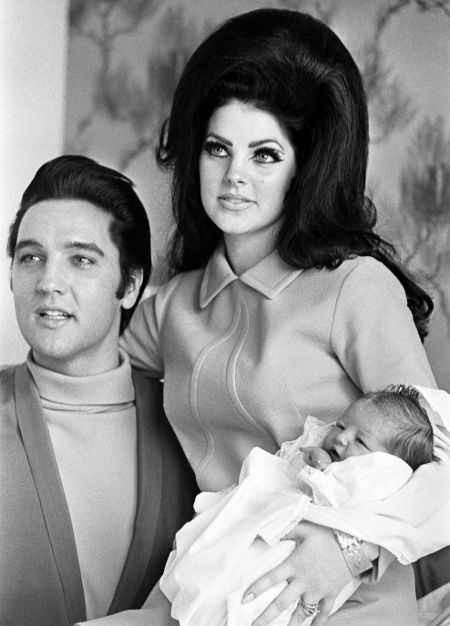 However, even being the parents of a child, Priscilla and Elvis began to face conflict in their relationship. The reason behind facing the problem was because of Elvis' alleged affair with several other girls. Some sources claimed that he used to bring the girls on the stage and kiss them on lips infornt of his spouse.

Similarly, the other reason that bought conflict in their relationship was their busy career schedule. They had to travel to different places frequently because of their profession, so the pair weren't able to spend much time together. 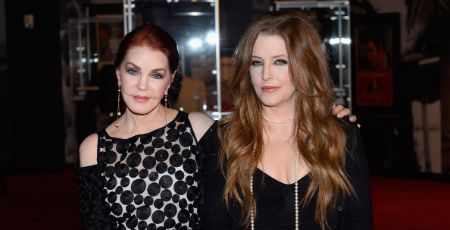 Along with it, the rumors of Elvis' affairs kept on swirling on the internet, and the actress wasn't able to carry on anymore. So, on 18th August 1972, they filed for divorce; however, it was finalized after a year on 9th October 1973. Further, she received $725,000 during the divorce settlement.

Priscilla and Elvis both of them soon moved on after the divorce. Elvis was linked to several girls, and Priscilla likewise got involved in several serious relationships. In 1972, she began dating Mike Stone, a karate instructor. 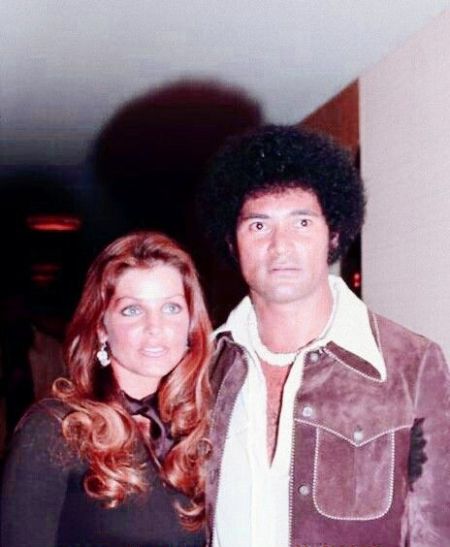 Likewise, she was linked to a lawyer Robert Kardashian for a few months. Priscilla further had an affair with a hairdresser Elie Ezerzer from 1977 to 1978 and also with financier Kirk Kerkorian. 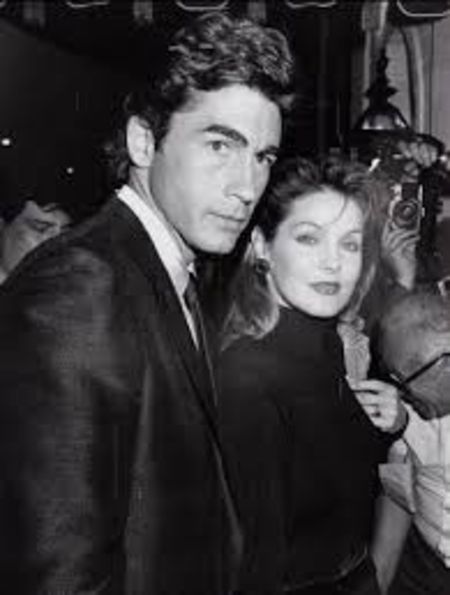 In 1978, Priscilla began dating a model Michael Edwards, and they also stayed in a live-in relationship. They were in a relationship for around six years till 1984. But Elvis later began to develop his feelings for Lisa Marie.

The businesswoman revealed about her hookups with Julio Iglesias and Richard Gere in the early 1980s in her 1988 book titled Priscilla, Elvis, and Me. Even the divorce and multiple love failures did not stop Priscilla from falling for a new guy. 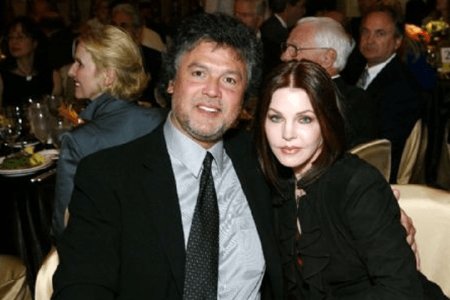 Her affair with Italian screenwriter -turned-computer-programmer Marco Garibaldi started in 1984. One of their mutual friends introduced them after Marco wrote a script that Priscilla read with a hope to produce. Besides, at the starting of their relationship, Priscilla made Marco sign a promissory agreement claiming that he will not write a book about her if incase they break up.

They also share a child from their relationship. The duo welcomed their son Navarone Garibaldi on 1st March 1987, who is a musician. During the pregnancy, she was starring on Dallas, and it was also written on its storyline. 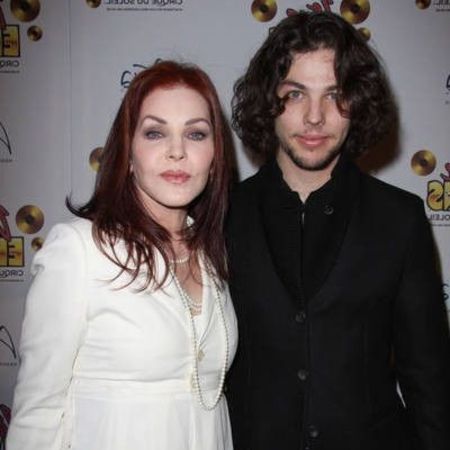 Unfortunately, just like her previous affairs, Priscilla's relationship with Marco also did not go well. It was the longest relationship of the actress as she remained together with Garibaldi for 22 years until 2006.

Presley's other affair was with a British TV executive Nigel Lythgoe. The two began dating in 2006, but they sadly parted their ways after being together for three years in 2009. She further briefly hooked up with Richard Palmer, a restaurateur in the early 2010s.

What's more, The Naked Gun: From the Files of Police Squad! star stayed in a relationship with Barry Crocker, an Australian entertainer for a year from 2011 - 2012. She likewise dated a disc jockey Toby Anstis for a few months.

Similarly, in 2017, the rumors about Priscilla's relationship with her longtime friend Sir Tom Jones, a Welsh singer surfaced on the internet. Nevertheless, neither Presley nor Jones confirmed the rumor, and they further never talked about the topic on interviews.

Is She Single Or Dating Someone?

The 74 years old actress Priscilla Presley still looks charming. After several failed relationships, is the star dating anyone? Well, Presley is yet to reveal about her current relationship status. As of now, there are no rumors surfaced on the internet about her hookup.

Similarly, Priscilla is never spotted hanging out with any suspicious guy on the public who could be her possible boyfriend. Touched by an Angel cast is active on social media like Facebook, Instagram, and Twitter, where she often shares pictures with her co-star and male friends.

Although Presley uploads several pictures with her friends, she never admitted dating any of them. So, Priscilla is possibly single at the current moment. Will she date anyone further? Who knows?

Late American singer, Elvis Presley the former hubby of Priscilla Presley, passed away on 16th August 1977. Since after the divorce with his wife, Elvis began facing serious health issues. His health began degrading, and on the year of the separation, he overdosed on barbiturates twice.

He even spent three days in a coma. After that, he again got hospitalized due to semi-comatose after pethidine addiction at the end of 1973. Elvis continued performing on concerts and further went on tours even though his health condition wasn't good, which deteriorated his health even more. 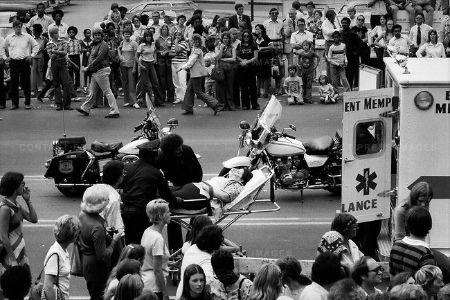 Later Elvis had a schedule to fly out of Memphis for a tour on 16th August 1977 evening. However, he was found unconscious in the bathroom by Ginger Alden. With the help of other few people, Ginger quickly rushed Elvis to Baptist Memorial Hospital.

The doctors tried their best to revive him; however, their effort didn't work out. So, he was pronounced dead at 3:30 p.m. on the same day. In an autopsy, Memphis medical examiner Dr. Jerry Francisco said that the cause of Elvis' death was cardiac arrest.

Several people and his fans were present at Graceland to view the open casket. His funeral took place on Thursday, 18th August 1977, at Graceland, and about 80,000 people were present. His body was buried next to his mother and grandmother's grave.

In an interview with Express in December 2019, Priscilla Presley talked about the death of her late husband. She told that it was shocking, and further, it was like everyone else, not believing it. Priscilla was shocked to hear the news after she heard from Joe Esposito through a phone call. She said it was like, ‘Are you kidding me?’ 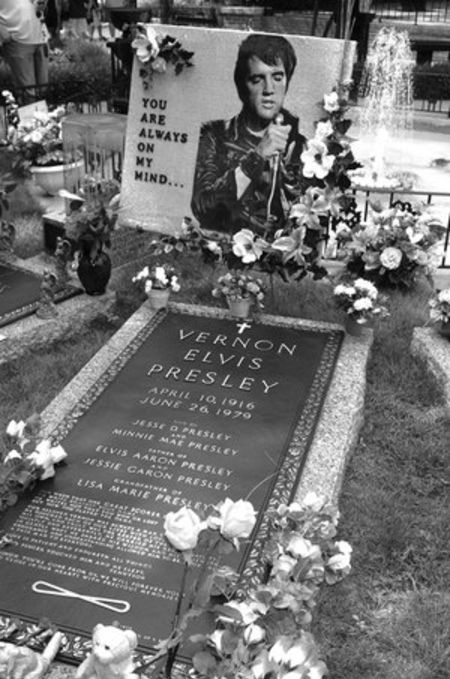 According to her, Elvis used to get admitted to the hospital frequently, but he always made it through. After hearing the news, the actress headed to Graceland, where Elvis' coffin was kept. While there, she saw several people lined up to the cemetery. Priscilla added;

“I just remember looking and seeing people grieving and being in my own world still shocked.”

Priscilla told the death of Elvis was too surreal as she couldn't believe his death. He was just 42 years old when he passed away. “He was so alive with so much energy and to think that it happened so soon," she added.

There was so much left within him to do. As per her, along with fame, there is also a lot of pressure, and Elvis always tried to entertain his audience and make them laugh.

Besides this, people believe that there is a long-standing conspiracy theory that Elvis faked his death. Since 1977, they believe that Presley did not die, and he instead stayed away from the public to retire in peace. Moreover, they also claim that there was a wax dummy in his original coffin instead of his dead body.

She Is A Wealthy Actress!

Priscilla Presley began her acting career in 1983. Ever since then, she is still active on the entertainment industry and has appeared in several hit movies and TV series like Dallas, Naked Gun films, Spin City, and others.

She starring film The Naked Gun: From the Files of Police Squad! earned $78.8 million against its production budget of $12 million. Apart from acting, she is also a successful businesswoman.

From her multiple professions, Priscilla makes a fruitful income and has maintained a net worth of $50 million. Besides this, she received $725,000 alimony during the divorce settlement with her late ex-husband Elvis Presley.

In May 2019, an American actress Priscilla Presley sold her house located in Los Angeles, California. She bought the house back in 1976 for $170,000 almost three years after divorcing the late American singer, Elvis Presley. 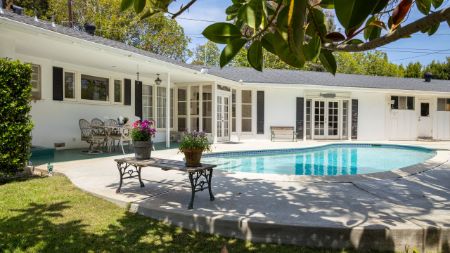 The 2,499-square-foot house features four bedrooms and three bathrooms, and it is located on a 16,329-square-foot corner lot in a prime Brentwood location. A white picket fence surrounds its compounds.

Its living room features minty-green wall-to-wall carpeting and high ceilings. It also has a black marble fireplace, kitchen, and French doors. On the front yard of the house, there is a swimming pool. Priscilla originally listed the house asking the price of $3.65 million, whereas she sold it for $3.8 million.

Priscilla Presley was married to her late former husband Elvis Presley in 1967 but the couple parted their ways in 1973.

Lisa Marie Presley is the daughter of an actress Priscilla Presley and her late former husband Elvis Presley.

Navarone Garibaldi is the son of an American actress Priscilla Presley and her ex-boyfriend, Marco Garibaldi.