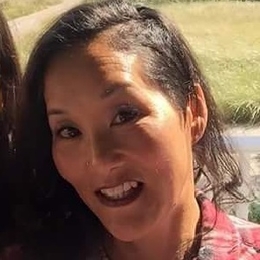 Most celebrities equally handle their professional life as well as personal life. Whereas, some of them stays away from the media after they get married or start a family. Just like that, an American actress Renee Steward is also the one who almost totally remained behind the curtains after her marriage. So without any delay, let's find out all the details of the actress.

Adventurous and fun-loving American actress, Renee Stewart spends most of her time doing bold activities and traveling such as scuba diving. Beyond her joyous life, Stewart tends to be relishing an incredible love life with her present boyfriend Mike Steele. 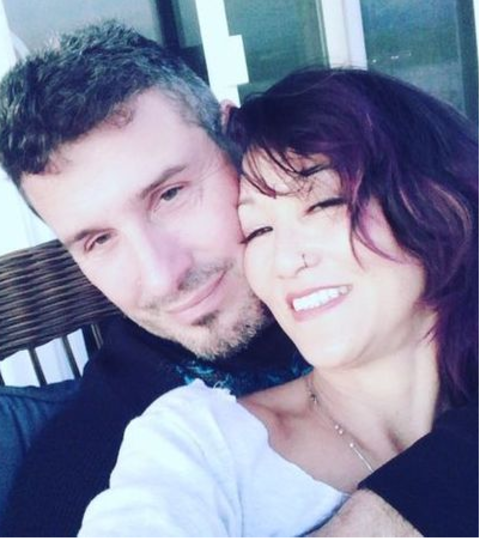 Unlike the actress, her darling Mike is a wedding photographer by profession. Renee and Mike kindled their lovey-dovey relationship since November 2017 not so long from a past long-term boyfriend Beau. He was quite close to Stewart's kids before 2013 followed by her split from Nils.

The Warrior of Justice actress shared a long-term married life with former husband, Nils Allen Stewart. Her hubby, Nils, is a stuntman and stunt coordinator who has worked in several movies.

Stewart and her ex-spouse always maintained to keep their marriage date under the curtains. It seems like, she and her Nils lived in a marital relationship for decades until they sadly chose separate paths.

But, as of February 2022, Renee and her boyfriend Mike Steele are still going stronger with their romance as they are still together and ever in love. Both Renee and Mike also often share pictures of the two on Instagram.

Neither Renee nor Nill addressed the exact reason behind their separation from the media. Regardless of all, all of their four kids followed the footsteps of their parents. 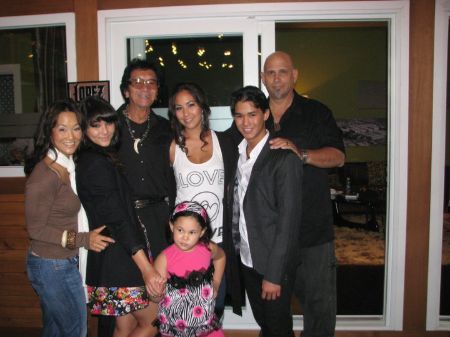 Most celebrities prefer a lowkey life regarding their relationship. In the same way, Stewart and Nils are also secretive about their personal life and mostly keep the details of their love life under the shade. They always remain tight-lipped whenever the matter comes to their relationship.

Probably, the two met each other while working together as they are involved in the same field. Raw Target cast and her hubby were in a marital relationship for a long time; however, they hadn't revealed when they got hitched. 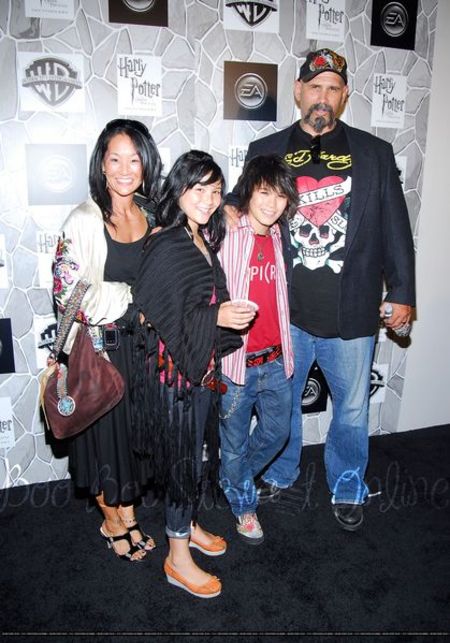 Renee Stewart with her former spouse and kids. SOURCE: Zimbio

As the information of their romance is concealed, they are the proud parents of four adorable kids. They welcomed their first child, son Nils Allen "Booboo" Stewart Jr., on 21st January 1994. Similarly, their second child, daughter Fivel Stewart was born on 4th November 1996.

Furthermore, they also have a daughter Maegan Stewart, nevertheless, her exact birth date is still concealed. Similarly, in 2005, the pair welcomed their youngest son Sage Stewart. 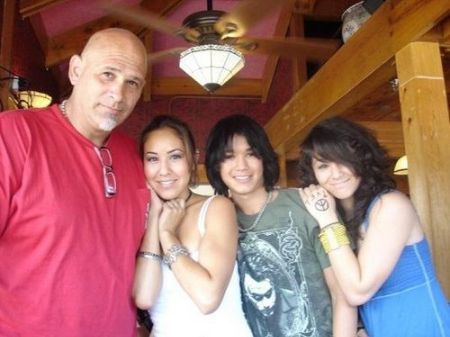 Currently, the actress is living a sound life with her alleged partner and kids. To date, she hasn't been a part of unwanted rumors and controversies regarding her divorce and extramarital affairs.

Her Kids Are Also Celebrities

Hot Wax Zombies on Wheels star, Renee Stewart's children have followed the footsteps of her parents. Her eldest child, son Booboo Stewart has played in some of popular movies like X-Men: Days of Future Past and The Twilight Saga. 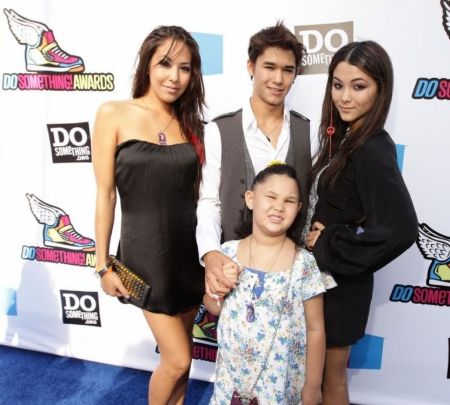 Likewise, their daughter Fivel Stewart is the regular cast of the series Atypical since 2017 as Izzie. Further, Maegan Stewart has played in a few movies. Her youngest son, Sage Stewart, appeared in the Tales of Halloween.

What is Renee Stewart's Net worth?

Renee Stewart possesses an estimated net worth of approximately $500 thousand. She has played in a few movies. Her first movie role was in Raw Target in 1995. The same year, she also appeared in the film Warrior of Justice. Similarly, in 1999, Stewart was portrayed in the movie Hot Wax Zombies on Wheels.

For her portrayals in these movies, Reene probably received a good payroll. As of now, an actress in the United States earns a salary of around $56582 per year.

Apart from acting, the actress also worked as a producer in a few movies for which she might have received good paycheques. Even though Stewart earns a good sum of money, her net worth is under review as of 2019.

On the other hand, her former spouse also makes a fruitful income from his profession as a stuntman. Besides, her son Booboo Stewart is also one of the famed actors. He holds an overall net worth of $4 million. Booboo is best known for his roles in Descendants 3, Julie and the Phantoms, Descendants Wicked World, Descendants 2, Breaking Dawn: Part 1, Twilight Eclipse co-starring Taylor Lautner and Kristen Stewart, American Satan, The Grizzlies and Hansel And Gretel: Warriors Of Witchcraft among many. Not to mention, BooBoo boats more than 2 million Instagram followers.

Renee Stewart was born in the United States. She is of Chinese, Japanese, and Korean ancestry. Stewart also worked as a producer in three movies to this date. She made an on-screen debut in the year 1995 and quit her job in late 1999.

Renee's former spouse Nils Allen Stewart is of Russian, Scottish, and Blackfoot ancestry. Her whole family is involved in the film industry, in one way or another.

An American actress Renee Stewart is in a marital relationship with her spouse, Nils Allen Stewart, a stuntman.

Booboo Stewart is the second child, son of an American actress Renee Steward and her husband Nils Allen Stewart.

Maegan Stewart is the first child, daughter of an actress Renee Steward and her hubby Nils Allen Stewart.

Fivel Stewart is the third child of Renee Steward and Nils Allen Stewart born on November 4, 1996.

Sage Stewart is the youngest child of an American actress Renee Steward and Nils Allen Stewart.